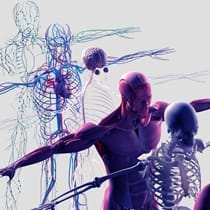 Metastatic cancer exerts systemic effects on the entire body. Its influence on the immune system and distant organs leads to pre-metastatic niche formation and metastasis, alongside vascular and metabolic changes, lung failure, loss of bone density, muscle wasting and cachexia, as well as neuropathies. These effects not only promote tumor progression, but they are deleterious to patient quality of life and survival.

The myriad effects induced by metastasis present several new therapeutic targets, and successful blockade of cancer’s systemic influence may have several beneficial outcomes: it could interfere with disease progression, and it could enhance patient quality of life and longevity. In addition, systemic alterations may serve as sentinels of cancer spread, and therefore provide a novel panel of biomarkers for early detection of metastasis. This symposium aims to deepen our understanding of the complex results of systemic metastatic disease, and inspire the development of effective therapeutic strategies to prevent and treat the systemic outcomes of cancer metastasis.

This event is supported by a grant from Genentech, a member of the Roche Group.

Induction of the Pre-Metastatic Niche

Why is Skeletal Muscle Anti-Metastatic?

Focal Radiotherapy to Convert the Tumor into an In Situ Vaccine

Influence of Metabolism on Metastasis

Cancer, Bone and Beyond: An Integrated View of the Bone Microenvironment

Most breast tumors display a high degree of intratumor heterogeneity, with many distinct subpopulations of cancer cells present. Elevated diversity within a tumor increases the chance for cellular adaptation, as individual clones may react differently to changes in the tumor microenvironment. Thus, treatment of heterogeneous tumors may lead to selection of a resistant clone, its expansion and tumor progression. However, the fitness of cancer cells depends not only on their intrinsic properties, but could also be affected through interactions between different subpopulations. These interactions could be the reason for maintenance of minor clones along the major population. Therefore, intratumor heterogeneity may have functional relevance in tumor progression and colonization of metastatic sites. To emulate clonal interactions, we used the previously developed polyclonal breast cancer model of MDA-MB-468 cell line expressing soluble factors, IL-11 and FIGF.The IL-11 and FIGF clones, when present as minor population, support the growth of other clones in vivo. Moreover, polyclonal tumor with minor driving clone population arehighly metastatic. Thus, we hypothesized that clonal interactions could not only drive tumor growth, but could also play an important role in metastasis.We have found that polyclonal tumors lead to polyclonal metastases, composed of mixture of neutral and driver clones. To investigate the mechanisms of clonal interactions driving polyclonal metastasis, we performed RNA profiling of subpopulations and stroma from polyclonal tumors. Our results suggest that this cooperation is indirect and that driver clones promote metastasis by altering the tumor microenvironment. We have also found that minor driver clones affect the immune cells within primary tumor, circulating blood and metastatic site. These systemic changes significantly influence the metastatic progression. We are currently testing whether a treatment targeting this indirect clonal interaction mechanism could prevent polyclonal metastatic spread.Our study shows that the interaction between minor clones and other cancer cells could drive tumor growth and metastasis. Moreover, our results suggest that clonal cooperation in metastatic progression may be indirect and involve modulation of immune microenvironment of the primary tumor and distant organs.