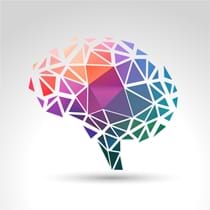 The prevalence of Alzheimer’s disease (AD) is increasing in the US and worldwide. Currently more than five million people in the US suffer from AD, and this number is projected to more than double by 2050. Despite this, there are no approved disease-modifying therapeutics for this devastating neurodegenerative disorder. Although amyloid pathology is a hallmark of AD, recent clinical trials targeting amyloid have yielded disappointing results leading to increased efforts to identify new disease drivers and alternative drug targets. Moreover, there is a great need for improved tools to detect AD in its earliest stages, when therapies are likely to be most effective. This one-day symposium will feature the latest research on topics including neuroinflammation, early detection and diagnostics, sex differences and lifestyle factors, and highlight promising avenues for therapeutic development in AD. 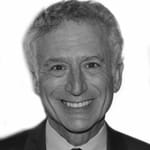 Individualized Clinical Management of Patients at Risk for AD Dementia

After advanced age, female sex is the major risk factor for late-onset Alzheimer’s disease (AD). While AD is not unique to females, women constitute roughly two-thirds of patients living with AD-dementia, with postmenopausal women accounting for over 60% of all those affected.

The mission of the NIH-sponsored Weill Cornell Women’s Brain Initiative is to help understand how sex differences affect brain aging and AD risk, and discover sex-based molecular targets and precision therapies to prevent, delay, and minimize this risk. Our multi-modality brain imaging studies implicate the menopause transition as an early initiating risk factor for AD in women. In this talk, I will review findings implicating reproductive factors in AD risk and discuss how, as women approach midlife, there seems to be a critical window of opportunity not only to detect signs of early AD but to then intercede with strategies to reduce or prevent that risk.

Sex and Gender Differences in Alzheimer -The Gateway to Precision Medicine

There is a vast literature linking systemic metabolic conditions to dementia due to Alzheimer’s
disease (AD). Advances in in vivo measurements of AD pathology using brain imaging, cerebrospinal
fluid (CSF), and/or blood biomarkers have led to research in AD that uses in vivo biomarkers as
outcomes, focusing primarily on amyloid, tau, and neurodegeneration as constructs. Studies of type
2 diabetes mellitus (T2DM) and AD biomarkers seem to show that T2DM is not related to amyloid
deposition but is related to neurodegeneration and tau deposition. There is a dearth of studies
examining adiposity, insulin resistance, and metabolic syndrome in relation to AD biomarkers and the
associations in these studies are inconsistent. Metabolomics studies have reported associations of
unsaturated fatty acids with AD neuropathology at autopsy, and sphingolipids and
glycerophospholipids in relation to neurodegeneration and amyloid and tau. There are other
neurodegenerative diseases, such as Lewy body disease that may overlap with AD, and specific
biomarkers for these pathologies are being developed and should be integrated into AD biomarker
research. More longitudinal studies are needed with concurrent assessment of metabolic and other
systemic factors and AD biomarkers to improve the opportunity to assess causality. Ideally, AD
biomarkers should be integrated into clinical trials of interventions that affect metabolic factors.
Advances in blood-based AD biomarkers, which are less costly and invasive compared with CSF and
brain imaging biomarkers, could facilitate widespread implementation of AD biomarkers also in
studies examining non-amyloid contributions to AD. An updated overview on currently available fluid
biomarkers for AD-related pathologies will be given.

Conventional clinical assessments including clinical trials are limited by brief, episodic examinations often relying on surrogate markers and much subjective data as outcomes. This legacy approach may be augmented and improved by harnessing the power of pervasive computing, remote sensing, wireless technologies and high dimensional data analytics. The diverse, objective, person-specific, and continuous data generated by these technologies provides more real-time, unbiased and ecologically valid data that can be more effective in assessing a range of real-world cognitive and functional outcomes, as well as detect precipitants of change. This presentation will provide an overview of the use of these technologies in clinical trials for Alzheimer’s disease and related disorders, focusing on both successes, as well as challenge points. Progress and pitfalls will be illustrated through a number of emerging digital technology research test-bed models and experiences where integrated, home-based pervasive computing platforms have been deployed to hundreds of homes, and designed to be shared widely to improve clinical aging research by capturing objective, holistic, 24/7, and ecologically valid data.

Recent clinical trials targeting amyloid, tau or alpha-synuclein in Alzheimer’s (AD), Parkinson’s disease (PD) or Down syndrome (DS) have failed. While these proteins at elevated levels turn toxic, just targeting one is not enough to protect the brain from neurodegeneration. Overexpression of neurotoxic proteins drives downstream events that dysregulate axonal transport, lead to inflammation, to nerve cell death, and to a loss of function.

We hypothesized that lowering amyloid, tau and alpha-synuclein would restore axonal transport and nerve cell health.

Our drug inhibits more than one neurotoxic protein and, thereby, improves axonal transport and reverses the toxic cascade leading to nerve cell death. We are presently in two ongoing double-blind, placebo-controlled Phase 2a studies that were designed to measure the toxic cascade that leads to nerve cell death. We expect preliminary data in both AD and PD patients early next year.

Towards Disease-modification by Lowering Homocysteine

Elevated plasma or serum total homocysteine (tHcy) is an established risk factor for dementia,including Alzheimer’s disease. Its effects might be mediated directly on neurons and/or by impairment of microvascular function. Raised tHcy leads to deposition of neurofibrillary tangles, regional brain atrophy and vascular abnormalities. In the VITACOG trial, B vitamin supplementation at an early stage of dementia, i.e., Mild Cognitive Impairment (MCI) showed promising results. B vitamins lowered tHcy by 30%, and in participants with high tHcy (> 11 μM) slowed whole brain atrophy by up to 53% and slowed regional brain atrophy, e.g., in the medial temporal lobe, by up to 86% compared with placebo. Furthermore, cognitive decline slowed and clinical status (Clinical Dementia Rating) improved. A causal pathway was identified in which lowering tHcy leads to slowing of atrophy, in turn leading to slowing of cognitive decline and clinical improvement (Douaud PNAS 110:9523; Smith AnnuRevNutr 36:211). The beneficial effects of B vitamins required a good baseline omega-3 fatty acid status (Jerneren AmJClinNutr 102:215). These responses are consistent with a disease-modifying effect in MCI and with a causal role of hyperhomocysteinemia in dementia. Further trials are needed to see whether B vitamins togetherwith omega-3 fatty acids will slow, or prevent, conversion from MCI to dementia in those with high tHcy.

Using AI and EHR to Screen for Dementia

Electronic health records are now the rule rather than the exception for medical care in the United States. The data generated through the routine use of electronic health records systems can be readily repurposed for secondary use in practice-based retrospective cohort studies. Some data types in the medical record – for example, diagnostic or procedural codes – lend themselves more readily to secondary use as conventional tabular data, whereas other components of the health record – for example, clinical documentation or radiographic images – require some form of transformation for use in standard analysis. Although unstructured, or partially structured, data like clinical  documentation require additional preprocessing steps that preprocessing is an opportunity for the breadth of concepts captured by providers during the initial episode of care to be recovered after the fact.

This talk will cover a particular realization of the potential of computed secondary phenotyping based on the National Institute of Mental Health's Research Domain Criteria. The NIMH RDoC program proposed a multidimensional transdiagnostic phenotyping framework which aimed to subdivide within and compare across existing categorical diagnosis. The NIMH RDoC framework includes a cognitive symptom domain. The presenter and coauthors developed a computed estimate of RDoC cognitive symptom burden without regard to a particular outcome. Thereafter the presenter and coauthors evaluated the extent to which this computed cognitive symptom phenotype stratified dementia free survival in a cohort of half a million unique patients and 2.5 million patient years of follow-up and time to death in a smaller secondary prevalent dementia cohort. In both cases, higher cognitive burden score was associated with earlier outcome – incident dementia diagnosis in the dementia free cohort and all-cause mortality in the prevalent dementia cohort.