In an effort to support global initiatives to contain the spread of the new coronavirus (COVID-19), the Academy is moving to an online platform or postponing all meetings and events intended to be held in person through April 30, 2020. Please check here for more information, including Academy programs on COVID-19, and links to the latest advisories from public health officials. 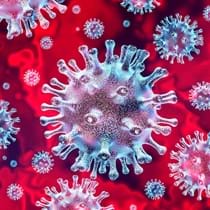 What You Need to Know About the New Coronavirus

Read a summary of what was discussed at this webinar here and watch an archived recording of the webinar here.

The new coronavirus (COVID-19) is causing growing fear and confusion around the world. With conflicting information available from different sources, how do you know what’s real and what’s not? This 75 minute webinar will present the latest science-based information on the epidemic and answer practical questions about the virus.

In This Webinar, You'll Learn

Julie L. Gerberding is Executive Vice President and Chief Patient Officer, Strategic Communications, Global Public Policy, and Population Health Merck & Co. She joined Merck in January 2010 as president of Merck Vaccines and led efforts to make the company’s vaccines more available and affordable to people in resource-limited countries around the world. She left her tenured faculty position at the University of California, San Francisco in 1998 to lead the U.S. Centers for Disease Control and Prevention (CDC) Division of Healthcare Quality Promotion and then served as the CDC Director from 2002 to 2009. As director, she led the CDC through more than 40 emergency responses to public health crises, including anthrax bioterrorism, SARS, and natural disasters. She also advised governments around the world on urgent issues such as pandemic preparedness, AIDS, antimicrobial resistance, tobacco, and cancer. She has received more than 50 awards and honors, including the United States Department of Health and Human Services (DHHS) Distinguished Service Award for her leadership in responses to anthrax bioterrorism and the September 11, 2001 attacks. She was named to Forbes Magazine's 100 Most Powerful Women in the World in 2005 through 2008 and to TIME Magazine's 100 Most Influential People in the World in 2004.

This free webinar and other programming is possible thanks to the generous support of our donors.  To make a donation, please click here.