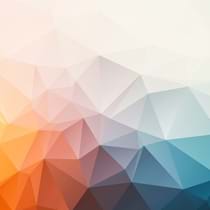 Repetitive sequences (RS) comprise over two-thirds of the human genome. There are two types. In tandem repeats, such as triplet and tetranucleotide microsatellite RS, multiple copies of a short DNA sequence occur adjacent to each other. In dispersed repeats, such as transposable elements, the copies are not clustered, but are widely distributed throughout the genome. Both types of RS cause genomic instability, a feature common to two very different disease classes, cancer and neurodegeneration. Desilencing of dispersed RS causes neurological dysfunction, including death of post-mitotic cells. In cancer, deregulation of dispersed RS contributes to tumorigenesis, potentially providing an opportunity to selectively target tumor cells therapeutically. Mutations in DNA mismatch repair (MMR) proteins are associated with colorectal cancer. However, in neurodegenerative disease, MMR mutations slow the somatic expansion of tandem RS and delay age of onset.

You are invited to submit a poster abstract to be considered for short talks. See here for submission guidelines. For complete submission instructions, please visit our online portal. The deadline for abstract submission is March 8, 2021.

By correcting errors arising during DNA replication, DNA mismatch repair (MMR) is crucial for cancer avoidance. Inherited defects in the MMR genes MLH1, MSH2, MSH6, and PMS2 cause susceptibility to Lynch syndrome, a common form of cancer predisposition with an estimated population prevalence of up to 1:100. Apart from antimutator functions, MMR genes can act as mutators, e.g., by promoting trinucleotide repeat expansion.

In Lynch syndrome, one allele of a given MMR gene is defective from birth, and there are no signs of disease until the remaining wild-type allele is inactivated in a target organ. Recent findings suggest that biallelic constitutional inactivation of MMR genes causes susceptibility to intestinal polyposis.

Human MutLγ, the MLH1–MLH3 Heterodimer, is an Endonuclease That Promotes DNA Expansion

Acute myeloid leukaemia (AML) is a highly aggressive haematopoietic malignancy, defined by a series of genetic and epigenetic alterations. These alterations result in dysregulation of transcriptional networks in AML. One understudied but important source of transcriptional regulators are transposons. Making up around half of the human genome, transposons are a rich source of tissue-specific cis-regulatory DNA sequences and have the potential to control cellular processes. Aberrant activity of these sequences could therefore contribute to oncogenic transcriptional circuits. Despite extensive functional genomic analyses of AML, crucially the contribution of transposons to AML pathogenesis is currently unknown. Using cell line models and publicly available AML patient data, we demonstrated that certain transposon families are epigenetically activated and act as novel enhancers in AML. Using both locus-specific genetic deletion and simultaneous epigenetic silencing of multiple transposons, we showed that transposon deregulation directly alters the expression of adjacent genes in AML. Strikingly, deletion or epigenetic silencing of a transposon-derived enhancer suppresses cell growth in leukaemia cell lines through modulating expression of apolipoprotein genes. Our work reveals that transposons are a previously unappreciated source of AML enhancers that have the potential to play key roles in leukemogenesis.
Currently, we are investigating the regulatory roles of transposons and their contribution to cellular phenotype in a poor-risk group of AML, which harbors concurrent mutations in NPM1, DNMT3A and FLT3 genes (‘NDFmut’). NPM1, DNMT3A and FLT3 represent the most frequent three-gene co-occurrence in AML. Concurrent mutations in these genes have distinct clinical relevance, with a very poor clinical outcome in patients. With a combination of computational and experimental approaches, we have identified transposons that are epigenetically activated in this poor-risk group. Using our comprehensive epigenetic and transcriptional analyses, we are currently assessing the contribution of transposons to the NDFmut-driven gene expression changes and characterizing transcription factors that play a driver role in stimulating transposon regulatory function in NDFmut AML.

Friedreich’s ataxia (FRDA) is a repeat expansion disease (RED) caused by the expansion of GAA repeats in the first intron of the frataxin gene. REDs are characterized by stable secondary structure-forming repetitive sequences that expand both between generations and within somatic cells. Somatic expansions that accumulate throughout a patient’s lifetime can explain two characteristics of REDs: the tissue-specificity and the delayed age of onset. In FRDA, affected tissues are the pancreas, heart, and the nervous system. Notably, these tissues consist of largely post-mitotic cells. It is important, therefore, to elucidate the mechanisms by which repeats can expand in nondividing cells and evaluate the entire mutational spectrum at the repeats. We use the chronological aging of quiescent yeast containing GAA repeats to investigate these mechanisms. Although expansion, deletion, and recombination events occur in both dividing and nondividing yeast, the predominant event shifts from expansions in dividing cells to deletions in nondividing cells. Delving into the genetic control of these events revealed that mismatch repair facilitates a repeat-mediated double-strand break. This double-strand break is then healed by non-homologous end-joining to yield deletions or by double-strand break repair to yield recombination events. Expansions, in turn, occur in the absence of mismatch repair machinery via gap repair executed by Pol delta. We believe that investigation of GAA-mediated genome instability in nondividing yeast may shed light on the mechanisms crucial for disease onset in FRDA patients.

Somatic CAG expansion in Huntington’s disease is dependent on the MLH3 endonuclease domain, which can be excluded via splice redirection

Roles of LINE-1 in Cancer Biology

Many cancers undergo epigenetic changes that permit expression of otherwise silenced transposable elements. In this talk, I will focus on Long INterspersed Element-1 (LINE-1, L1), the only protein-coding retrotransposon active in modern humans. L1-encoded open reading frame 1 protein (ORF1p) expression is a hallmark of human cancers. We know that ORF1p is an indicator of L1 activity as a mobile genetic element, i.e., cancers that express ORF1p have somatically-acquired insertions of L1 sequences that distinguish tumor genomes from a patient’s germline DNA. I will review data showing somatically-acquired L1 insertions in pancreatic and ovarian cancers, as well as a pan-cancer International Cancer Genome Consortium project. Together, these studies have shown that L1 expression is commonplace in cancers, and that it contributes to genome instability.

I will also describe our ongoing efforts to understand implications of L1 expression for cancer cell biology. We have found that non-transformed cells undergo a p53-dependent growth arrest when L1 expression is forced, and that L1 can induce interferon responses like those elicited by viral infection. In models where these anti-proliferative effects are overcome, L1(+) cells appear especially vulnerable to loss of replication-coupled DNA repair pathways, and DNA-damaging chemotherapies. These findings indicate that L1 retrotransposition may conflict with DNA replication in a manner that can be exploited for cancer therapeutics.

The Role of Retrotransposons in Human Health and Disease

Therapeutic Approach to Retrotransposons in Cancer