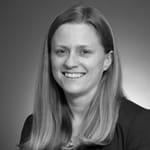 Thiamine deficiency is common, especially in South and Southeast Asia where more than half of children in some areas are thiamine deficient. In Myanmar, thiamine deficiency accounts for 17% of deaths in young children, and up to 3% of all babies born in rural Cambodia die due to thiamine deficiency. Clinical manifestations of thiamine deficiency involve most body systems. Cardiorespiratory (pulmonary hypertension and right heart failure presenting as fatigue and tachypnea) and neurologic (central nervous system lesions in the basal ganglia with altered development, peripheral neuropathy with dysesthesias) manifestations of thiamine deficiency are particularly common. The diagnosis depends on a high index of suspicion. The relationships between biomarker (such as thiamine diphosphate) levels and clinical manifestations are incompletely understood, and the clinical findings often overlap with other common conditions. Treatment with thiamine is relatively easy and safe, but the doses and duration of treatment are incompletely studied. The prognosis seems good, especially with acute cardiorespiratory and peripheral neurologic symptoms, but the outcomes of infants with central nervous system involvement are less well understood and likely less favorable. Ongoing research is needed related to an accurate clinical diagnosis of thiamine deficiency disorders, specific treatment protocols, and outcomes with brain involvement.

Thiamine deficiency has been typically associated with alcoholism or as a prevalent problem in low‐ and middle‐income countries (LMICs) whose populations rely on staple foods with a low content of thiamine. We conducted a literature review of published and unpublished data to identify relevant adult cases with confirmed thiamine deficiency of nonalcoholic cause in developed countries. We selected 17 reports with 81 adult cases of confirmed thiamine deficiency affecting adult patients with a wide range of ages and underlying conditions (e.g., cancer, gastrointestinal diseases, heart failure, and obesity). Thiamine deficiency may have been caused by disease‐related malnutrition, bariatric surgery, chronic use of diuretics, repeated vomiting, lack of thiamine in parenteral nutrition formulas, food insecurity, and reliance on monotonous or restrictive diets. Treatment with intravenous thiamine resulted in partial or complete recovery from the symptoms (cardiac, neurologic, and metabolic disorders) for most patients. The number and variety of symptomatic thiamine‐deficient adults identified in this review demonstrates that thiamine deficiency is not exclusive to LMICs and, in high‐income settings, is not exclusive to alcoholic patients. In developed countries, this serious but treatable condition can be expected in patients suffering from various medical conditions or following certain dietary patterns.

Background: Often thought to be a nutritional issue limited to low and middle income countries (LMIC), Pediatric Thiamine Deficiency (PTD) is perceived as eradicated or anecdotal in high-income countries (HIC). Classic beriberi cases in breastfed infants by thiamine deficient mothers living in disadvantaged socioeconomic conditions are thought to be rare. This study aims to assess PTD in HIC in the 21st century.
Methods: literature searches were conducted to identify case reports of PTD observed in HIC and published between 2000 and 2020. The analyzed variables were: age, country, underlying conditions, clinical manifestations of PTD and response to thiamine supplementation.
Results: 104 articles were identified, totaling 480 PTD cases that were classified into four age groups: neonates, infants, children and adolescents. Eleven categories of predisposing factors of PTD were identified, including genetic causes, lifestyle (diabetes, obesity, excessive consumption of sweetened beverages), eating disorders, cancer, gastrointestinal disorders/surgeries, critical illness and artificial nutrition. Hyperlactatemia and Wernicke encephalopthy were the most frequent clinical manifestations.
Conclusions: The high number of cases identified in 20 years suggests that the prevalence of PTD in HIC is likely to be underestimated. The predisposing factors, clinical presentation and age distribution differ from the PTD pattern observed in LMIC.

Thiamine Deficiency in Hospitalized Veterans, an Important Cause of Delirium and Falls

Background. In preclinical models, benfotiamine efficiently ameliorates the clinical and biological pathologies that define Alzheimer’s disease (AD) including impaired cognition, beta amyloid plaques, neurofibrillary tangles, diminished glucose metabolism, oxidative stress, increased advanced glycation end products (AGE) and inflammation.
Objective. To collect preliminary data on feasibility, safety and efficacy in individuals with amnestic mild cognitive impairment (aMCI) or mild dementia due to AD in a placebo-controlled trial of benfotiamine.
Methods. A twelve-month treatment with benfotiamine tested whether clinical decline would be delayed in the benfotiamine group compared to the placebo group. The primary clinical outcome was the AD-Assessment-Scale-Cognitive Subscale (ADAS-Cog). Secondary outcomes were the clinical dementia rating (CDR) score and fluorodeoxyglucose (FDG) uptake, measured with brain positron emission tomography (PET). Blood AGE were examined as an exploratory outcome.
Results. Participants were treated with benfotiamine (34) or placebo (36). Benfotiamine treatment was safe. The increase in ADAS-cog was 43% lower in the benfotiamine group than in the placebo group, indicating less cognitive decline, and this effect was nearly statistically significant (p=0.125). Worsening in CDR was 77% lower (p=0.034) in the benfotiamine group compared to the placebo group, and this effect was stronger in the APOE ε4 non-carriers. Benfotiamine significantly reduced increases in AGE (p=0.044), and this effect was stronger in the APOE ε4 non-carriers. Exploratory analysis derivation of an FDGPET pattern score showed a treatment effect at one year (p=0.002).
Conclusions Oral benfotiamine is safe and potentially efficacious in improving cognitive outcomes among persons with MCI and mild AD.

Global outbreaks and recent thiamine status in the Gambia and Madagascar

Thiamine Dose Response in Human Milk with Supplementation in Cambodia

Role of thiamine supplementation on cognitive and language development in Cambodia

Women reliant on mostly rice-based diets can have inadequate thiamine intake, placing breastfed infants at risk of thiamine deficiency and, in turn, physical and cognitive impairments. We investigated the impact of maternal thiamine supplementation doses on infants’ cognitive, motor, and language development across the first year. In this double-blind, four-parallel arm, randomized controlled trial, healthy mothers of exclusively breastfed newborn infants were recruited in Kampong Thom, Cambodia. At 2-weeks postnatal, women (n=335) were randomized to one of four treatment groups to consume one capsule/day with varying amounts of thiamine for 22 weeks: 0 mg, 1.2 mg, 2.4 mg, and 10 mg. At 2-, 12-, 24- and 52-weeks of age, infants were assessed with a battery of direct assessments (e.g., the Mullen Scales of Early Learning; Language Preference Task) and caregiver reported scales of early development. Multiple regression and mixed effects modeling suggest that by 6 months of age, the highest maternal thiamine dose (10 mg/day) held significant benefits for infants’ language development, but generally not for motor or visual reception development. Despite having achieved standardized scores on the Mullen Scales that approximated US norms by 6 months, infants showed a significant drop relative to these norms in both language domains following trial completion, suggesting that nutritional interventions beyond 6 months may be necessary.

Thiamine deficiency is a public health issue in Cambodia. Thiamine fortification of salt has been proposed in Cambodia; however, the salt intake of lactating women, the target population, is currently unknown. We estimated salt intakes among lactating women (<6 months postpartum) in Kampong Thom province using three methods: repeat observed weighed intake records and 24-hr urinary sodium excretions (n=104), and household salt disappearance (n=331). Usual salt intake was estimated by adjusting observed weighed intake records for intra-individual intakes using the National Cancer Institute method, and a thiamine salt fortification scenario was modelled using a modified EAR-cut point method. Unadjusted salt intake from observed intakes was 9.3 (8.3, 10.3) g/day, and not different from estimated salt intake from urinary sodium excretions, 9.0 (8.4, 9.7) g/day (p=0.3). Estimated salt use from household salt disappearance was higher than other methods of assessment (11.3 (10.7, 11.9) g/person/day). Usual (adjusted) salt intake from all sources was 7.7 (7.4, 8.0) g/day. Assuming no stability losses, a modelled fortification dose of 275 mg thiamine/kg salt could increase thiamine intakes from fortified salt to 2.1 (2.0, 2.2) mg/day, with even low salt consumers reaching the estimated average requirement of 1.2 mg/d from fortified salt alone. These findings, in conjunction with future sensory and stability research, can be used to inform a potential salt fortification program in Cambodia, as well as other countries in the region with suspected thiamine inadequacy.