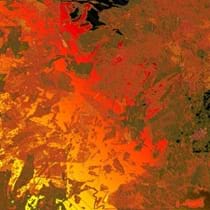 The International Science Reserve at NYAS

Outline: An exciting new consortium has been created by the New York Academy of Sciences and IBM. Its goal is to create a worldwide network of scientists and technical resources that is able to cooperate and leverage capabilities to provide the best possible scientific thinking to analyze and resolve emerging, complex and urgent worldwide crises.

The NYAS leaders of the International Science Reserve (ISR) will describe the entire program and its potential. A panel of Lyceum members will explore the progress and challenges of this new effort. All attendees are invited to offer insights and ask questions.

Dr. Jennifer Costley has been Acting Director of ISR since its inception in mid-2021. The new Executive Director is Dr. Mila Rosenthal.

The ISR concept originated with IBM’s research division when Dario Gill, Senior VP and Director of Research, organized a consortium to share information and resources from around the world to attack the Covid pandemic. The success of this effort inspired the ISR initiative. IBM invited NYAS to join with it to implement the new idea. NYAS is the primary coordinator of the scientific network and of preparations for action. A notable feature is that ISR will not be a top-down organization, but rather a collaboration among willing partners.

As an initial project, the ISR has selected the world crisis of wildfires. We will hear about this project as well as the principles and values of the ISR.

Prior to joining the Academy, Dr. Costley provided technology leadership to such leading firms as Credit Suisse, DoubleClick, and Bell Labs, and was also a principal of her own consultancy, where she conducted research on major technology trends and advised corporations on technology strategy and governance.

Dr. Costley has led several international working groups to develop environmental standards for computer servers and other electronic devices. She is the author of articles in Computer, Wall Street & Technology, and The New York Academy of Sciences Magazine. She holds a Ph.D. in Chemical Physics from Columbia University, an Advanced Certificate in Finance from New York University, and a Certificate in Conservation Biology from Columbia University’s Center for Environmental Research and Conservation.

Benjamin Young, PhD, develops innovative global programs and partnerships that advance scientific research and policy for the public good. At the International Science Reserve, he collaborates with ISR Executive Director Mila Rosenthal, the NYAS team, and partners to support and advance a growing network of leading scientists, institutions, and companies that has come together—across disciplines and borders—to prepare for and mitigate some of the world’s most pressing crises.

Benjamin brings to ISR a background leading strategic initiatives and program development in wide-ranging roles across public, private, nonprofit, and philanthropic settings. He helped the American Council of Learned Societies create opportunities for academics to apply their skills to real-world public benefit projects, spearheaded creative solutions to the challenges facing underserved communities at the American Red Cross, led the design of global equitable access initiatives at JSTOR, and elaborated some of the Obama Campaign’s strategic and engagement initiatives. Building on a steadfast commitment to resilient and equitable societies, some of his other past roles have involved designing and managing social impact grant-making programs, building teams and capacity for organizations large and small, crafting policy, and establishing public-private strategic partnerships.

Benjamin received a PhD in French and Romance Philology, and in Comparative Literature and Society from Columbia University after completing a joint MA/BA at UCLA. He has held teaching appointments at Columbia, Princeton, and the École Normale Supérieure in France.

Bill Rosser retired ten years ago from Gartner, Inc., Stamford, CT, the worldwide top-ranked advisory firm providing guidance to corporations regarding their use of information technology. As a Gartner VP and Distinguished Analyst, he spent 29 years writing, speaking and advising clients about effective use of IT. He studied Basic Engineering at Princeton University, and after work in telecommunications in San Francisco, returned to the Harvard Business School and graduated with Distinction in 1962. In 1969 he formed his own start-up in data processing based on the new electronic cash registers, and after a merger, worked in strategic planning for Perkin-Elmer and Exxon Enterprises prior to Gartner. Today Bill is active as an architectural walking tour guide (Grand Central Terminal and the NoHo Historic District) and is a founding member of "Reform Elections Now" (with fellow Harvard Business School graduates) promoting vital improvements in the election processes such as Ranked Choice Voting.

David Haas received his BA in Physics and PhD in Biophysics in protein crystallography and molecular biology at the State University of NY at Buffalo. For the next five years he performed basic research in protein crystallography at several institutions in Europe, Israel and the United States. In 1970, he joined Philips Electronic Instruments, in Mt Vernon NY, as Principal Scientist for X-ray systems, working on analytical instruments and designing some of the first airport security X-ray systems that were used worldwide during the 1970s.

Stuart Kurtz graduated from MIT with an SB in Chemical Engineering and from Princeton with an MS degree in Polymer Engineering and an MA and PhD. in Chemical Engineering. He taught at RPI and in Brazil as Professor Titular in Materials Engineering. This was followed by a research career in industry, accumulating around 30 patents and publishing at least a few good papers. He now focuses on Philosophy of Science and Physics and climbing mountains because they are there.