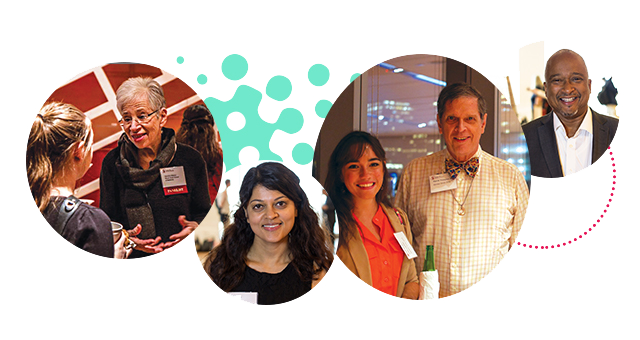 Throughout the Academy’s 200-year history, our basic approach to membership—democratic, international, and engaged—has remained remarkably consistent.

From its founding in 1817, the Lyceum of Natural History in New York, as it was then called, was open to anyone with an interest in natural science. Seeking international Members helped situate the Lyceum in a worldwide scientific network. And Lyceum membership was never a mere honorific—from the beginning, Members joined of their own accord, with the intention to participate in scientific exchange.

The Lyceum’s founders outlined three categories of Members at the outset. Residential Members lived locally and attended meetings regularly, in person. Corresponding Members lived in other cities or countries, and kept the New York Members current with scientific advances around the world. And Honorary Members, specially qualified by their scientific achievements, including, in our early days, luminaries such as Charles Darwin, Louis Pasteur, Lord Kelvin, Alexander von Humboldt, Alexander Graham Bell, and Nicolai Tesla.

In the early 1900s, the Academy’s top priority shifted toward carrying out a scientific survey of Puerto Rico and the Virgin Islands. Members who were botanists, geologists, and zoologists remained involved, but the astronomers, physicists, and chemists drifted away during this period.

However, in 1935, came a turning point. Eunice T. Miner, a research assistant in invertebrate zoology at the American Museum of Natural History, joined the Academy—and was inspired to revitalize it. Miner, who went on to lead the Academy for over 30 years, later recalled, “there was a real need, then as there is now, for a place where scientists of different disciplines could meet on equal footing.”

Under Miner’s leadership, the Academy gained stature as a convener of researchers in diverse disciplines working on cutting edge problems. In 1938 the Academy hosted scientists from 21 countries for a groundbreaking conference on electrophoresis. By the late 1960s, the Academy could claim 20 conferences that qualified as “firsts” in advancing various disciplines.

Alongside these successful meetings, Miner worked relentlessly to build the Academy’s membership. By the time Miner retired in 1967, there were more than 20,000 Academy Members, representing every state in the U.S. and nearly 100 countries.

Academy membership today carries forward the trajectory launched by our founders and invigorated by Miner. Membership remains democratic—our more than 20,000 Members include postdocs, Nobel laureates, college students, academic researchers, high-school teachers, scientists who work in industry and many others who join as individuals interested in supporting scientific progress.

Additional Members are sponsored through partnerships between the Academy and universities and corporations. Such partnerships are helping us to reach schools and other institutions globally—some in places with limited opportunities to pursue science—to advance our goal of making science more equitable.

Always international, the Academy today connects a vast geographic network, a global community devoted to scientific innovation. For the majority of our Members, who live and work near our home base in the New York metro area, we provide opportunities to engage face-to-face. And for Members across the U.S. and from more than 100 countries, the Academy creates platforms for networking and promoting collaboration. Our success in finding science-based solutions to global challenges rests on the engagement of our Members.

Become a Member of our global network today.