Unlocking the Unconscious: Exploring the Undiscovered Self

In recent years, there has been an explosion of interest in the science of consciousness, considered to be one of the last unchartered frontiers. Yet as neuroscientists attempt the daunting task of mapping the human brain, they must also wrestle with the central challenge of explaining how our thoughts and emotions — including our sense of self-awareness — emerge from the trillions of neural circuits in the brain. Scientists are pushing ahead to understand the individual elements of conscious awareness, but it remains unclear as to whether neuroscience will ever be able to explain subjective experience and the interrelated web of emotions, hopes, and desires that animate the human mind.

Despite broad consensus that most of our thinking is shaped and driven below the level of our awareness, what has been largely lost in this single-minded focus on consciousness is the pivotal role and function of the unconscious. According to the prevalent view in evolutionary biology, deep within our core reside unconscious natural processes that propel us to think or act in certain ways, often impulsively. Atop these biological predispositions sits a relatively recent layer of rationality defined by conscious, or rational processes and modes of thinking.

But can human nature be reduced to this strictly evolutionary view? What if the unconscious is actually much more interesting than how we currently conceive of it? Indeed, pioneering thinkers such as Freud and Jung believed there was much to learn from the unconscious and developed the field of psychology by studying unconscious impulses. And the unconscious continues to inform and shape our daily lives through dreams, intuitive insights, inspiration, implicit memories, and spiritual or transcendent experiences.

Moderated by journalist Steve Paulson, Executive Producer of Wisconsin Public Radio’s To the Best of our Knowledge, this three-part series at the New York Academy of Sciences brings together leading scientists and scholars to unlock and explore the largely unexamined realm of the unconscious mind through a mix of disciplinary approaches, including neuroscience, cognitive psychology, psychotherapy, philosophy, and history, all with an eye toward identifying ways in which we can apply these critical insights to enrich the quality and depth of our lives. 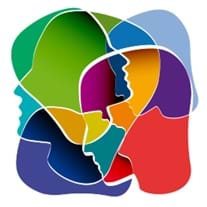 The Deeper Self: An Expanded View of Consciousness

Dreaming: A Gateway to the Unconscious?

Delving Within: The New Science of the Unconscious

Steve Paulson is the executive producer and an interviewer withTo the Best of Our Knowledge, the Peabody Award-winning radio program produced at Wisconsin Public Radio and syndicated nationally by Public Radio International. Paulson has written for Salon, Slate, Huffington Post, The Chronicle of Higher Education, Nautilus and other publications. His radio reports have also been broadcast on NPR's Morning Edition and All Things Considered. His recent book, Atoms and Eden: Conversations on Religion and Science, was published by Oxford University Press.