Albert Einstein reportedly once said, “Not everything that can be counted counts, and not everything that counts can be counted.” Though the 2017 honorees of the Innovators in Science Award have plenty of countable achievements, their stories reveal a common thread — creative approaches to their work and the development of disruptive tools that transformed scientific understanding in their discipline.

During medical school, Shigetada Nakanishi, MD, PhD, became frustrated when he realized how little was known about the etiology of many diseases. “As a consequence, I gradually began to think that research work on basic medicine to explore the mechanisms of diseases is more valuable as my life work,” he says.

This change of heart set him on a path of scientific discovery that has shaped modern understanding of the brain’s function. Nakanishi, Director of the Suntory Foundation for Life Sciences Bioorganic Research Institute and Senior Scientist Winner, has uncovered essential components of neural networks, including diverse glutamate receptors that mediate communication between neurons. His work has also revealed how the cerebellar and basal ganglia circuits control motor coordination, learning and motivation.

“Science can be fruitfully done and [is] enjoyable when you design and carry out your experiments according to your own questions and ideas,” he says. “Then, you will be deeply inspired and surprised with the beauty of nature.”

In a field as urgent and divisive as pain control, the race to market new drugs often overshadows a slower yet essential expedition: curiosity-driven science. But in David Julius’ lab at the University of California, San Francisco, curiosity has always been king.

As a graduate student in the early 1980s, Julius, a Senior Scientist Finalist, became fascinated with neurotransmitter systems. He read every paper he could find about the effects of psychoactive drugs on the nervous system, including works by Timothy Leary and Sol Snyder. Eventually his curiosity led him to clone the serotonin receptor, a groundbreaking feat that introduced molecular biology into the field of pain research, long dominated by physiologists, pharmacologists and psychologists.

In the years since, he has taken a molecular approach to explore how plant-derived products such as capsaicin from chili peppers and menthol from mint leaves “tickle the pain pathway.” His findings have shed light on various pain receptors in the brain and uncovered ion channels that regulate sensory neurons in response to thermal or chemical stimuli.

“If any of these lead to a new pain drug, I’ll be incredibly gratified by that,” says Julius, PhD, a professor of physiology. “But in the end, these [new drugs] arise from asking basic questions about somatosensation and pain. It’s important to keep that in mind, because you never know when a basic discovery will transform an area.”

Before Ben Barres, MD, PhD, began studying glia — cells that safeguard and anchor neurons — they were thought to play a relatively minor role in the nervous system. But Barres’ work revealed that glial cells, which far outnumber neurons, serve a more important function.

“Ben pioneered the idea that glia play a central role in sculpting the wiring diagram of our brain and are integral for maintaining circuit function throughout our lives,” said Thomas Clandinin, PhD, and professor of neurobiology at Stanford in a university press release. Clandinin was a colleague of Barres, who passed away in December 2017.

Dr. Barres inspired many with his continued efforts, in the face of his own battle with pancreatic cancer, to advance therapies for neurodegenerative disease. A full summary of his life and accomplishments can be found in his obituary.

Barres, a Senior Scientist Finalist and former Chair of Neurobiology at Stanford, began his career as a clinical neurologist, but became disillusioned by the medical field’s poor understanding of neural degeneration. While reviewing pathology slides, he noticed that degenerating brain tissue was often surrounded by a high density of unusually shaped glial cells.

He pursued a PhD and eventually characterized three types of glial cells, revealing how they shape electrical signal transmission. He shared the tools and reagents for cloning these cells, sparking widespread interest in glial function.

Barres’ most recent work showed that rogue glial cells drive neurodegenerative disorders such as Alzheimer’s and Parkinson’s diseases, a finding he described as “the most important discovery my lab has ever made.”

As an undergraduate, Viviana Gradinaru, PhD, the Early-Career Scientist Winner, became fascinated with the underpinnings of neurodegeneration. But few tools existed to dissect the phenomenon. Undeterred, she set out to create her own.

During graduate school, Gradinaru borrowed light-sensitive proteins from algae and bacteria and introduced them to mammalian neurons, hoping to switch individual cells on or off in response to laser stimulation. Using this strategy, she revealed how specific brain circuits underlie locomotion, reward and sleep. One of Gradinaru’s tools, dubbed “eNpHR3.0,” is now widely used in the field of optogenetics — a field that her work helped launch.

Now an Assistant Professor of Biology and Biological Engineering at Cal Tech, Gradinaru has moved on to other tools and methods, including tissue-clearing techniques that render organs transparent. These see-through systems allow scientists to visualize where neurons start and stop, for example, and how the cells behave along the way.

Gradinaru’s team was also among the first to introduce vectors that can shuttle genes across the blood-brain barrier with high efficiency. These genes can express colors, allowing scientists to visualize neural pathways, or they can normalize biochemical or electrical properties in a disease model.

“Developing tools and perfecting them to the level where they can work in other people’s hands,” she says, “is key to maximum impact.”

Ultimately, Gradinaru says she hopes these tools will inspire non-invasive therapies that can repair faulty brain circuits and address issues such as neurodegeneration.

Biological Underpinnings of the Mind

Michael Halassa, MD, PhD, an Early-Career Scientist Finalist, has traced the neural correlates of cognition from the thalamus to the cortex and beyond. But his interests in neurocomputational frameworks can be traced even farther — to the first time he watched “The Matrix.”

As he watched the film’s characters grapple with a simulated reality, Halassa began wondering how something as intangible as the mind can perceive reality in the first place. If we were to look inside the brain, he wondered, where would we find the mind? How do we make decisions and solve problems?

“If we can understand how these functions are normally accomplished by the physical device we call the brain, then we’ll have a better understanding of how these functions go awry in conditions such as schizophrenia, autism or ADHD,” says Halassa, an Assistant Professor of Brain and Cognitive Science at Massachusetts Institute of Technology (nominated while at New York University in New York).

Halassa abandoned the traditional tactic of studying the molecular and electrical properties of individual cells. Instead, he assembled computational frameworks that could map physical features, such as synapses, onto abstract processes such as thought. His approach revealed that the thalamus, a brain region long assumed to relay simple sensory input to the cortex, actually streams detailed instructions that allow the cortex to shift between tasks.

“From moment to moment, your brain is being reconfigured on the fly to perform different types of tasks. That reconfiguration is what defines things like intelligence, productivity and performance.” Glitches in this network configuration may contribute to psychiatric diseases, he says.

His findings could lead to artificial intelligence systems that display similar cognitive flexibility. Such “neuromorphic computing” could lead to a greater understanding of how we perceive reality. 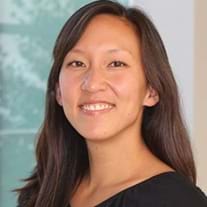 During her undergraduate years at the Massachusetts Institute of Technology, Kay Tye, PhD, an Early-Career Scientist Finalist, enjoyed taking psychology classes alongside her load of neuroscience coursework. But the contrast revealed each field’s shortcomings: Psychology felt unsatisfying, she says, because it lacked a mechanism to trace thought and emotion back to neural mechanisms. And neuroscience focused on sensory or motor systems without hinting at how these systems give way to thought and emotion.

Eventually, she devised a plan to bridge the fields. She began using optogenetics to tease apart the underpinnings of motivation and reward. “The dream has always been to completely understand on every level how complex social and emotional representations exist in the brain,” says Tye, Assistant Professor at MIT’s Picower Institute for Learning and Memory. Using this approach, Tye has made startling discoveries about the neural networks involved in social interaction, including the finding that loneliness drives social interaction.

Going forward, she aims to explore how social representations are parsed in the brain. This research program, she says, could someday lead to targeted therapeutics for psychiatric conditions that have minimal side effects.

“If we understand the cells and circuits and synapses that give rise to different emotional states,” she says, “then we can understand when there are perturbations and how to fix them.”