From 'The Valley of Death' to Lifesaving Therapeutics

"I don't like the distinction between basic and translational science; science should be seamless," says Laurie Glimcher, the Stephen and Suzanne Weiss Dean, Weill Cornell Medical College, effective January 2012. Glimcher is supported in her viewpoint by many of her colleagues in the academic medical center community.

"No matter what we call the discovery and development of new therapeutic drugs, it's critical for the future of patient care that we focus on breakthroughs in therapeutics," says Kenneth L. Davis, president and CEO, Mount Sinai Medical Center.

For Glimcher, who spends the majority of her professional life in a laboratory, her training as a physician still informs her desire to translate laboratory discoveries into viable clinical treatments. This is the quintessential mission of an academic medical center: to bring together clinical and scientific resources, with a greater duty of service to humankind. This mission is further supported by the Bayh-Doyle Act, a federal mandate that requires academic medical centers to develop discoveries at the bench into benefits for patients, notes Glimcher.

In order to move translation forward, clinicians and scientists must interact. "We need great clinicians who understand how to interface with laboratory scientists, we need scientists to ask research questions that are relevant to disease, and we need bridges that connect the two groups," says David S. Stephens, vice president for research, Woodruff Health Sciences Center, Emory University. "This happens in academic medical centers, but it doesn't happen well in all of them."

"We have never lived in a time when opportunities were greater in biomedical research," says Davis. And, as pharmaceutical interests increasingly move from discovery to development, academic medical centers must play a leading role in seizing these opportunities.

Jeffrey Bluestone, executive vice chancellor and provost, University of California, San Francisco (UCSF), believes that one way to greatly increase translation is to focus "our incredible science on humans as the complex medical model of choice."

"To me, one of the most exciting post-human genome and technology advancements is thinking about the human organism as a place to do cutting-edge research, just like mice were our organism of choice in the past." To do that, says Bluestone, academic medical centers will need to engage faculty and students in areas of human biology while improving existing infrastructure (data and tissue banks, bioinformatics technology, etc.) so that it is up to the task of human research.

Despite the incredible research opportunities afforded by an increase in scientific knowledge, academic medical centers are faced with many challenges that make the realization of translation an uphill climb. Declining Medicare and Medicaid reimbursement leads to clinicians with packed patient schedules, leaving less time for vital collaboration with laboratory-based scientists, who are themselves faced with a dearth of research funds.

"Ninety-three percent of grants are turned down. A basic scientist will write their best grant in the area with which they are most comfortable and often that isn't an area of disease," says Davis. This underscores a critical need in academic medical centers: finding ways to incentivize both laboratory-based scientists and clinicians to spend more time working together and, ultimately, to make progress in creating new therapeutics for disease.

Many academic medical centers are providing incentives on an institutional level, by investing large amounts of financial and organizational resources to create physical spaces that support the day-to-day process of translation. For example, new buildings are being created at Weill Cornell Medical College and Mount Sinai Medical Center to foster closer collaboration between clinicians and laboratory-based scientists, blurring the lines between such disciplines to create the 'seamless science' of Glimcher's vision.

Putting scientists and clinicians from diverse disciplines and backgrounds in close proximity to each other is useful both for its practicality and its ability to drive culture change. "Many of our faculty are used to, and very successful at, working independently or with a few collaborators," says Bluestone. "We need to find ways to allow faculty to overcome barriers to communication and collaboration." Having a building where scientists, clinicians, and students with varying degrees and areas of expertise work side-by-side is one way to facilitate a free exchange of information and ideas. 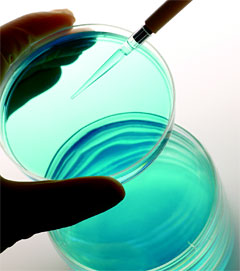 In addition to new initiatives that pool intra-institutional resources, partnerships between academic medical centers are key, says Glimcher. "Here in New York, we have the so-called four corners—New York Presbyterian, Memorial Sloan Kettering Cancer Center, Weill Cornell Medical Center, and The Rockefeller University. We all have unique strengths, so we want to leverage those to avoid duplicating efforts. It's more cost effective."

At the Atlanta Clinical & Translational Science Institute (ACTSI), partnerships span three academic institutions—Emory University, Morehouse School of Medicine, and Georgia Institute of Technology—as well as a variety of health care and non-profit partners. All of these organizations pool resources "to rapidly and efficiently translate scientific discoveries to impact all populations of the Atlanta community," says Stephens, who is the institute's principal investigator.

Another way to incentivize both scientists and clinicians to expend more time and professional resources on the development of disease-modifying compounds is to provide professional education that emphasizes the skills necessary for translation. Some schools now offer master's degrees in clinical sciences or translational science, in which physicians learn to become clinical researchers.

UCSF, a health sciences campus, recently developed ties with a local law school to help researchers learn about issues such as conflict of interest and consent forms. And ACTSI hosted a forum, in partnership with industry, to teach laboratory-based scientists about the process of creating a therapeutic product—an area most of those in attendance had never learned about before.

Such ties with industry are vital to avoiding the so-called valley of death—that stage where development of a previously promising compound languishes and dies—says Bluestone. "We need a different model of partnership with industry. Not one where industry licenses a drug from us and they tell us to go away, or one where industry provides us with money to do research and we tell them to go away." At UCSF, Pfizer locates full-time scientists on the university campus, leading to greater interaction and better understanding of both sides of the process—discovery and development.

Industry collaboration is incredibly valuable, agrees Glimcher, provided there is full transparency from all sides. "In the olden days, basic scientists looked down on clinical researchers," says Glimcher. "It's not so different from how academics used to perceive industry. I believe those distinctions are largely being erased. Many of my esteemed colleagues have crossed over from academia to industry and vice versa. I think that's a positive thing, so long as there's transparency."

Indeed, collaboration, both within and outside of academia, is necessary to overcome translational hurdles. The potential rewards are great. But, says Bluestone, academic medical centers do not have to look beyond the borders of their campuses to find two of their most valuable resources: students and patients.

"Our students are tremendous resources that drive innovation and creativity," says Bluestone. "They can help us challenge the status quo."

At ACTSI, researchers interact regularly with community boards, set up to provide a forum for two-way communication and to engender trust between community members/patients and the institute. "The community boards allow us to reach out to communities about our research projects, but they also allow communities to contribute to us by telling us about their unmet clinical needs," says Stephens.

Targeting research, and subsequent drug development, to unmet health needs is perhaps the best example of how academic medical centers can make a real-life difference through translation.