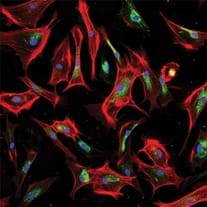 Fibrosis is the critically important process that allows our tissues and organs to heal themselves after injury; it allows organs to remodel to meet physiological needs. Because of its importance, fibrosis occurs through multiple, redundant mechanisms that include a wide range of signaling pathways and effector cells. While protective, these mechanisms also provide many opportunities for things to go wrong, leading to the overproduction of fibrotic tissue. Excessive, pathologic fibrosis is a feature of some of the most common causes of human disease, disability and death, including heart failure, liver cirrhosis and chronic kidney disease (CKD). A number of rare diseases, such as systemic sclerosis (SSc) and idiopathic pulmonary fibrosis (IPF), are also caused by the pathologic accumulation of fibrotic tissue.

Extensive study of pathologic fibrosis over the past few decades has led to considerable insight into its molecular mechanisms. Fibrotic changes often begin with epithelial cell injury, which stimulates an inflammatory response and triggers the wound-healing response. Immune cells that are recruited to the injury site produce profibrotic signaling molecules, such as cytokines and growth factors that stimulate and recruit other cell types. Fibrogenic effector cells, which can include fibroblasts, myofibroblasts, fibrocytes and pericytes, migrate into the wound site or are produced in situ from other cell types. These effector cells also produce profibrotic signaling molecules, creating a positive feedback loop that stimulates further fibrosis. Fibroblasts and myofibroblasts, the key cells in this process, use their abilities to produce extracellular matrix (ECM) and change shape to stiffen, thicken and remodel surrounding tissue.

Although the end result is excess fibrotic tissue, the exact details of pathologic fibrosis can differ considerably in specific tissues and organs. On April 17, 2018, nine researchers who are using a wide range of experimental models to investigate these details convened at the New York Academy of Sciences to discuss their research progress. Several researchers discussed studies on SSc, including Jonathan Garlick, who described his work developing three-dimensional in vitro models of SSc skin that can better replicate in vivo conditions and thus provide new insight into fibrotic mechanisms for drug development. Robert Lafyatis discussed genomic and single cell gene expression work using SSc skin biopsies that has identified potential biomarkers for disease severity as well as shed light on fibroblast heterogeneity in normal and diseased skin. Galina Bogatkevich described work focused specifically on the interstitial lung disease experienced by patients with SSc, including the identification of regulatory pathways leading to fibrosis in SSc lungs and discovery of a potentially therapeutic peptide. Two other researchers also described work on lung fibrosis, but in the setting of IPF: Eric White, who is studying the ECM’s role in regulating fibrosis in lungs from individuals with and without IPF, and Scott MacDonnell, who is using single cell sequencing to investigate fibroblast heterogeneity in IPF lungs in an effort to identify drug targets.

Pathologic fibrosis was discussed in the context of kidney and gastrointestinal disease as well. Researchers working in the area of CKD included Katalin Susztak, who is using human kidney tissue and mouse models to identify genes involved in kidney fibrosis; Joseph Bonventre, who is developing kidney organoids to investigate kidney disease mechanisms and potential therapies; and Mary Choi, whose detailed analysis of signaling pathways in kidney fibrosis has suggested new therapeutic targets and research avenues. In the gastrointestinal context, Florian Rieder presented his work on bowel strictures in patients with Crohn’s disease, which result from pathologic fibrosis that is regulated somewhat differently than fibrosis in other tissues and diseases. Work on pathologic fibrosis has advanced considerably in the past few decades. The continuing development of new experimental systems to study this ubiquitous phenomenon will contribute greatly to the development of new therapeutic approaches to fibrotic disorders, many of which currently have no effective treatments. 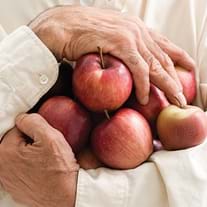 Micronutrient deficiency in older adults is caused by a number of biological factors, such as reduced absorption and environmental factors, including food access. These factors may not be immediately obvious to health care providers and are often referred to as “hidden hunger.” As a result, the condition is not well diagnosed or documented. On March 23, 2018, the Sackler Institute for Nutrition Science at the New York Academy of Sciences presented Hidden Hunger: Solutions for America’s Aging Population. This one-day event, designed for public health officials, healthcare practitioners and scientists interested in elder nutrition, focused on our current understanding of hidden hunger in the U.S. and highlighted the policies that encourage quality health care practices and promote adequate nutrition among the elderly. 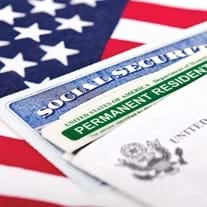 Immigrants account for a significant share of advanced degree holders in STEM fields in the United States and are crucial to the country’s continued edge in technological innovation. In fact, the National Science Foundation estimates that the current number of immigrant scientists and engineers in the U.S. workforce is 5.2 million, constituting almost 20 percent of the sector. But the avenues for foreign nationals not only to enter this country, but also to continue their work, may seem complicated. On April 10, 2018, the Columbia University Postdoctoral Society, INET NYC, Españoles Científicos en USA – NY, and the New York Academy of Sciences hosted an Immigration Info Session for Advanced Degree Holders in STEM. The event provided a unique opportunity for international PhD students, postdocs and other early-career researchers to learn about their options to obtain a work visa (H1B, O1) or permanent residency (including family-based, EB1, EB2, DV lottery).

Approximately 36.7 million people currently live with HIV worldwide. Successful treatment with antiretroviral therapy has controlled the virus and prevented transmission in more than 20 million people. However, barriers to treatment and prevention such as stigma and discrimination, especially against women, are still prevalent in the communities most affected by HIV. According to the United Nations, an integrative strategy is required, not only in response to HIV, but also for the advancement of women’s sexual and reproductive health and rights. To accomplish this, they have focused on three main areas of intersection between HIV and women’s health: hormonal contraception, cervical cancer and female genital schistosomiasis (FGS). Recent scientific advances raise the possibility of enhancing women’s health through closer collaboration and engagement between women, their health care providers and health programmers, and policy makers.

On March 15, 2018, the Joint United Nations Programme on HIV/AIDS , the World Health Organization, and the Microbiology & Infectious Diseases Discussion Group at the New York Academy of Sciences presented Improving Women’s Health: HIV, Contraception, Cervical Cancer and Schistosomiasis. Coinciding with the 62nd session of the UN, the daylong symposium focused on improving women’s health in line with the UN Sustainable Development Goals designed to broaden community response to HIV and identify methods of intervention and treatment for reproductive diseases that afflict women.