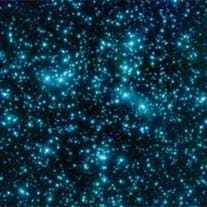 If you are a person of a “certain age,” you may remember a bright summer day nearly 50 years ago when grainy black and white images were beamed down to our television sets from the surface of the moon. The world watched in awe as an astronaut named Neil Armstrong stepped gingerly onto its dusty surface.

When he uttered the now immortal words “That’s one small step for a man, one giant leap for mankind,” we knew we had done it. Humankind had achieved what was once thought to be laughably impossible — developed the technology to escape the gravitational pull of our home planet and land on another terrestrial surface. How could anyone feel anything other than the most incredible sense of pride and wonder? And of course for Americans, it was a defining moment —
as a nation we had won the “space race” through a technological achievement by which all others would be measured.

In the decades since, space travel has become relatively commonplace. There were seven subsequent manned moon missions, as well as unmanned missions conducted by the Soviet Union, the European Space Agency, Japan, India and the People’s Republic of China. Later, the Space Shuttle would serve as the world’s first interstellar “work horse,” carrying and fetching loads back and forth from the International Space Station. Such trips barely registered on the news cycle.

Fast forward to 2018 and we stand on the precipice of a new “space race.” There are billions of dollars in private investment being pumped into various space related start-ups around the world, making the commercial space race — in theory at least — anyone’s to win. Technology and capital hurdles aside, this is an opportunity for humanity to get something right from the beginning. The UN Sustainable Development Goals, launched in 2015, represent an unprecedented global commitment to addressing global challenges through collective action in science and technology. But they are also a potent reminder of what is at stake if we fail — combatting hunger, educating children, developing new treatments for disease and new technologies to support sustainable infrastructure and economic development. As we mobilize to address these worthy goals, we must also recognize the lessons to be learned from our past mistakes, and apply them to the sustainable development of space for human use.

Unlike Earth, space has no borders. We cannot rope off a section or build a wall and say to others “this is ours and you may not enter.” Perhaps the greatest challenge of the next century will be to build a space infrastructure that will serve all of humanity, rather than only a privileged few. How will we construct buildings in space and where will we put them? How will we grow food? How will space traffic be managed? Who will collect all that space trash? There are already a myriad of issues to be addressed — and these are the ones we know about. It will require collaboration across all of our planet’s governments, and across the global scientific community, to develop answers to these questions and the ones still to be asked.

Much of our work at the New York Academy of Sciences is tied to achieving the UN Sustainable Development Goals because we believe that they can be achieved, and they WILL be achieved, if we work together. As NASA,  other space agencies and private sector companies ponder humanity’s future in space, it is incumbent on all of us in the scientific community and the public at large to consider what that future might be. If we’re smart and are willing to learn from past mistakes, we stand a very good chance of getting it right from the beginning. And maybe as we aim for a sustainable future in space, we’ll succeed in solving the major challenges facing our own planet along the way.