The Blavatnik Awards for Young Scientists Celebrates Its First Decade 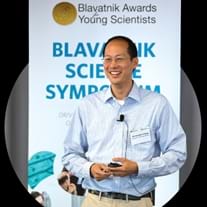 The scientific equivalent of magic can happen when you put outstanding researchers together in a room. At the 2016 Blavatnik Science Symposium, a neuroscientist met a physicist, and they realized that the tool the neuroscientist needed to further his work was being developed within the physicist's lab. Both were Blavatnik honorees, and they might never have met had it not been for the Blavatnik Awards for Young Scientists.

The Blavatnik Science Symposium is just one aspect of this distinctive awards program, established with the vision of Len Blavatnik, founder and Chairman of Access Industries and head of the Blavatnik Family Foundation, now celebrating its tenth anniversary. The New York Academy of Sciences has administered the Awards since their inception, when they focused on the New York, New Jersey and Connecticut tri-state area. The basic tenets of the awards are simple: find brilliant researchers age 42 or under in chemistry, physical sciences and engineering, and life sciences, and award them financial support and exposure for their work.

Len Blavatnik explained the significance of that vision, "Young scientists represent the future of scientific thought. By honoring these young individuals and their achievements we are helping to promote the breakthroughs in science and technology that will define how our world will look in 20, 50, 100 years."

In 2014, the Foundation supported the expansion from a regional to a national program, recognizing academic researchers across the United States every year with awards of $250,000, one of the largest unrestricted prizes ever created for researchers under the age of 42. After seeing the success of the current Awards the Foundation was keen to support even more young innovators, so the program will expand with two new sets of Awards in the United Kingdom and Israel in early 2017. The Academy is delighted to be partnering with the Israel Academy of Sciences and Humanities to manage the Awards in Israel. Nominations for both new Awards will open in May 2017 and the first Blavatnik UK and Israel laureates will be honored in early 2018.

"We know that this kind of recognition is particularly important because of the focus on scientists at the crucial juncture of their career when they are transitioning from trainee to independent researcher," said Ellis Rubinstein, President and Chief Executive Officer at The New York Academy of Sciences. "Such recognition not only rewards past successes, it directly enables continued research—the kind of research that leads to world-changing discoveries."

During the Awards' first decade, more than 2,000 scientists and engineers were nominated from more than 200 institutions, with prizes totaling more than $4 million.

But it is the honorees themselves that are the most remarkable part of the Blavatnik Awards for Young Scientists. Chosen for both their achievements to date and the potential of what's yet to come in their careers, the Awards aim to recognize truly outstanding scientists and engineers forging creative paths in research. 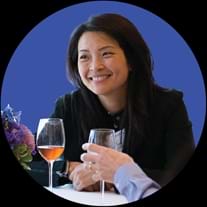 Beyond accolades, these brilliant young men and women carry out their trailblazing science across the breadth of the Awards categories. From deciphering how memories are formed and stored in the brain, to targeting genetic mutations that drive the growth of aggressive cancers. They have probed the complex physics of dark matter pulling galaxies apart, and designed nano-devices that can purify water or detect disease in low-resource settings.

The downstream impact of supporting such exceptional honorees is clear. As Anthony Guiseppi-Elie, Professor and Division Director at Texas A&M University, who serves on the jury for the Awards, said, "We are, in fact, just touching the lives of a few, but those few have the capacity to influence whole new vistas of enquiry, and so the ripple effect is quite substantial."

Indeed, some immediate effects of the awards have arisen thanks to the generosity of two of the inaugural Blavatnik National Awards Laureates, who chose to donate part of their prize winnings to support even younger scientists: Adam Cohen and Marin Soljačić have established prizes of their own for talented students at Hunter College and high-schoolers in Croatia, respectively.

And of course, the Blavatnik Science Symposium has proven to be a fertile environment for ideas and collaborations, with almost 200 scientists and engineers in the Blavatnik community, and many nationalities represented.

"There are too few opportunities for scientists to actually come together and share the really big ideas. One of the really great things that we get out of the annual Blavatnik Symposium is that you have this community of young scientists that come together in many different fields," said David Charbonneau, 2016 Blavatnik National Laureate and Professor of Astronomy at Harvard University.

"The best scientific research is collaborative and we want our Blavatnik Scholars to be able to tap into the best talent around the world," said Len Blavatnik. "I look forward to the next ten years of finding and supporting exceptional young researchers and helping to promote transformative scientific discoveries.