While the development of vaccines against infectious diseases has had a profound impact on life expectancy, there remain many resistant and emerging infections for which no effective vaccines are available, such as malaria, HIV and Zika. Recent advances in biotechnology and our understanding of human immunity hold great promise for conquering new diseases. For example, advances in structural biology allow for the discovery of new antigens that can target broad viral families, such as influenza, or complex parasites like malaria. Novel clinical trials for maternal immunizations have shown encouraging results for reducing dangerous diseases in newborn infants. Furthermore, recent progress in DNA- or RNA-based vaccines holds promise for inexpensive and fast production, which is especially favorable for responding to emerging epidemics. 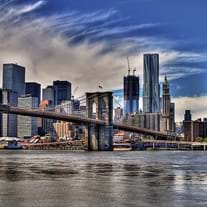 Climate change is a growing threat with global impact. Shifts in the climate present special challenges for urban areas where more than half of the world’s population lives. New York City residents, for example, are already feeling the effects through recurrent flooding in coastal communities, warmer temperatures across all five boroughs, and strains in the city’s infrastructure during heavy downpours and extreme weather events. As a result, cities like New York require the best-available climate science to develop tangible policies for resilience, mitigation and adaptation.

On March 15, 2019, climate scientists, city planners, and community and industry stakeholders attended the Science for Decision-Making in a Warmer World summit at the New York Academy of Sciences to discuss how cities are responding to the effects of climate change. The event marked the 10th anniversary of a successful partnership between the New York City Panel on Climate Change (NPCC), the New York City government and the New York Academy of Sciences. Established in 2008, the NPCC has opened new frontiers in urban climate science to build the foundation for resiliency actions in the New York metropolitan region.

Learn about the NPCC’s latest research findings and their implications for New York City and other cities seeking to identify and mitigate the effects of climate change in this summary.

Cure, Create, Innovate: The Future of Research in the UK

On March 7, 2019, nine Laureates and Finalists of the 2019 Blavatnik Awards for Young Scientists in the United Kingdom gathered for a one-day symposium showcasing some of the most exciting research underway in the U.K. today. The honorees, whose research spans three scientific disciplines — Chemistry, Physical Sciences & Engineering and Life Sciences — delivered brief presentations and engaged in a moderated panel discussion about the future of their fields. Thought-provoking and exciting, the talks covered a wide range of subjects, and addressed significant issues facing science and society — from the challenges and opportunities of genome editing, to protecting computer hardware against cyberattacks, and the quest to solve longstanding mysteries about the universe. Learn more about these young scientists and the cutting-edge research that is shaping the future in this summary of the symposium.

Cancer Immunotherapy: Checkpoint Inhibitors and Beyond

The field of immunotherapy has revolutionized the treatment of cancer. Since the FDA approved the first immune checkpoint inhibitor drug in 2011, the number of clinical trials using such blockers has grown drastically. The advantage of immune checkpoint inhibitors is that they activate a patient’s immune system to attack the cancer. Despite great successes, clinical results indicate that these therapies alone are not sufficient to treat many cancer types and combinatorial approaches are needed to improve patient responses. On May 14–15, 2019, the New York Academy of Sciences hosted Frontiers in Cancer Immunotherapy for the fourth year. This two-day symposium garnered experts in immuno-oncology to discuss the latest findings and biological mechanisms in combination therapies. 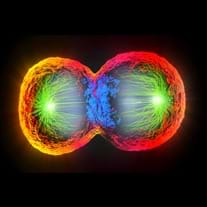 Despite intense research following the first isolation of embryonic stem cells in 1981, few viable stem cell-based therapies have emerged in the last 30 years. More recently, researchershave made significant progress in uncovering how stem cell activation and differentiation are regulated by signals from the stem cell niche and modulated by intrinsic epigenetic changes. These studies have also revealed how these processes can go awry in aging and disease states, leading to potential therapeutic strategies to target endogenous stem cells or improve the efficacy of stem cell transplantation.

Learn more about recent breakthroughs in stem cell research and the implications for treating an array of diseases — including various cancers and age-related tissue dysfunction — in this summary of our March 14, 2019 symposium. 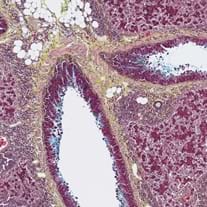 Asthma is a chronic, heterogeneous inflammatory disease of the airways, affecting approximately 300 million people worldwide. Presently, asthma is believed to have a multifactorial diagnosis that includes several underlying diseases or endotypes. While various forms of asthma have common observable symptoms, or phenotypes, such as wheezing, chest tightness and shortness of breath, the diversity of endotypes gives rise to a variety of other phenotypes. Severe asthma, for example, is defined as an uncontrolled or only partially controlled form of asthma despite intensive treatment and is associated with increased morbidity, mortality and consumption of health care resources. It is therefore unsurprising that there is no cure-all medication to treat asthma. However, novel insights into the pathophysiology of severe asthma, airway inflammation, and mechanisms of lung repair and remodeling may lead to new therapeutic approaches. Learn more in this summary of our April 26, 2019 symposium.