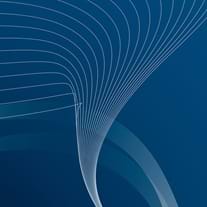 Rhythm is fundamental to every motor activity. The mechanisms for controlling motor rhythm — inherited by mammals from distant evolutionary ancestors — are shared by all vertebrates. As speech production is a kind of motor activity, investigating speech rhythm can provide insight into how general motor patterns have been adapted for more specific use in articulation and speech production.

Although every human individual possesses the same neural, anatomical and physiological mechanisms for controlling speech rhythm, rhythmic patterns differ across languages. These language-specific patterns of motor activity are based on the same physiological mechanisms, yet they are shaped by the peculiarities of the ambient language and culturally transmitted within human populations sharing a given language.

In this special Ann. N.Y. Acad. Sci. issue, several authors explore a number of these key issues, as outlined succinctly in the following questions:

The collection of original papers in this special issue will find its readership among an interdisciplinary audience whose research spans the fields of ecology, evolution and ethology, linguistics, comparative psychology, human evolutionary sciences and neuroscience.

The discussions may open doors to the exciting field of rhythmic cognition for scientists who might not have previously realized that their studies are relevant to a wider community of ardent professionals working in seemingly distant disciplines. 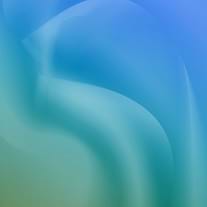 E-Cigarettes and Health of Offspring

Cigarette smoking is a risk factor for the development of end-stage kidney disease, with nicotine being considered a major contributor because it accumulates within and is filtered by the kidneys.

Known for decades now, maternal smoking during pregnancy confers risk to offspring. It restricts intrauterine growth, leads to reduced birth weight, and underdevelopment of multiple organs, including the kidneys. The many toxins present in cigarette smoke can pass the blood–placenta barrier, directly harming fetal organs.

The failure of smoking cessation during pregnancy has led to use of alternative forms of nicotine self-administration. E-cigarettes are perceived by many people as safe and an effective replacement to tobacco cigarettes. Among some pregnant women who feel conflicted by their tobacco smoking habits, e-cigarettes are believed to be safer than cigarettes.

Studies have even shown that some obstetricians believe that e-cigarette use during pregnancy poses no adverse health risks to either the user or the offspring. This may be one reason why e-cigarettes are the nicotine replacement therapy of choice among pregnant women, being favored over nicotine patches.

The authors of this recently published study determined the effects of replacing tobacco smoke with nicotine-containing e-vapor during pregnancy in a mouse model. They also looked at continuous e-vapor exposure (both nicotine containing and nicotine-free e-vapor) during pregnancy on renal development and markers of oxidative stress, inflammation and fibrosis in adult kidneys in the mouse offspring.
They found that while continuous maternal e-vapor exposure throughout pregnancy is detrimental to the offspring’s renal development and induces pathological changes independent of nicotine concentration, the effects of e-cigarette exposure are no worse than cigarettes.

The authors conclude that cessation of both tobacco cigarettes and e-cigarettes should be encouraged during pregnancy to reduce the possibility of harming offspring.