I Am a Scientist – Should I Be an Entrepreneur?

The days of lifetime employment with one employer are long gone. Most people will have at minimum half a dozen jobs over a working lifetime and possibly two or three career paths. And just as many will try their hand at starting their own business. Unfortunately, small business statistics show that by the end of four years more than half of them will be gone.

The key to easing the transition from employee to “boss” is recognizing how the skills you possess for one job, translate into another. This not only applies to a direct transfer of specific technical knowledge or soft skills like communication and collaboration, but also how certain skills specific to your current career, are the same as those you need to possess to become a successful entrepreneur.

So what does it take for a scientist to become an entrepreneur? Opinions vary, but mostly it starts with a question and a desire to make an impact. However, deciding to make the leap from research to start-up doesn’t mean you are leaving your passion for science behind.

Sean Mehra, Chief Strategy Officer and co-founder of HealthTap, a digital health company that enables convenient access to doctors, says, “People think of the decision to be an entrepreneur as a choice to leave your skills and knowledge as a scientist behind, when that’s not really the case.” Scientists are innovators and they can easily identify as entrepreneurs. Mehra cites several examples of skills developed in the lab that can be applied to starting a business. “Writing grants to acquire funds for research is not much different than fundraising, corporate development and sales,” he says. “Conducting experiments is product R&D and market fit. If you have recruited postdocs to work in your lab and guided their work, then you have hired talent and managed a team. Publishing and presenting your research at conferences is pretty much like marketing your vision. And networking and connecting with colleagues in your field is no different than prospecting for business connections and talking to your customers.”

Myriam Sbeiti and Daniela Blanco, Co-founders of Sunthetics, met in school and as graduation approached saw an opportunity to launch a viable business. In 2018 they developed a more efficient and more sustainable electrochemical manufacturing path for a chemical intermediate of Nylon 6,6. The process uses electricity rather than heat to power the reaction in a way that uses 30 percent less raw materials and energy, reducing a variety of harmful emissions in the process. 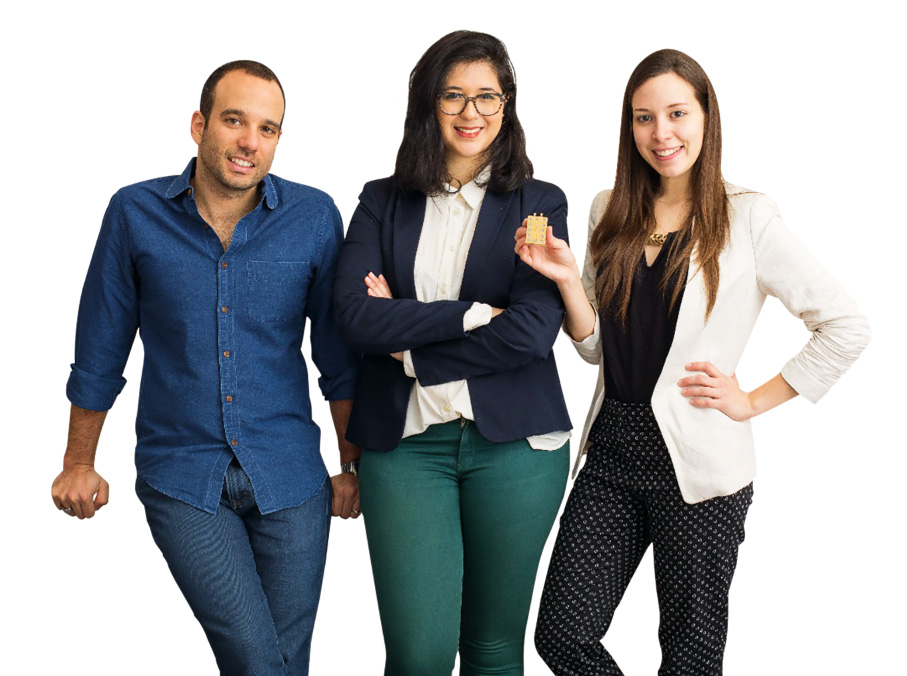 In the future, Sbeiti and Blanco are planning to apply this electrochemical process to a variety of reactions, making the chemical industry green, one reaction at a time. Sbeiti reflects that a lot of the research and interviews conducted to figure out if their ideas were viable were very similar to the scientific method and scientific experiments, i.e. they created a hypothesis and then needed to validate it. The major difference was that they did not need to confirm their hypothesis through years of research, instead they needed to talk to potential customers to find the right fit.

As scientists and researchers themselves, both emphasized that failure was the hardest skill to master. “The chemical industry wasn’t really interested in our original idea and the fashion industry didn’t really see value.” After a round of customer interviews, they realized they were designing a product they thought the customer needed instead of the product the customer said they wanted. In addition, efficacy and cost were a customer priority so Sbeiti and Blanco pivoted their idea to develop a product that fit the market. The Sunthetics team is shaping up to make the impact that was envisioned after graduate school. In fact, Blanco continues to pursue her technology as part of her PhD research and “thinks of it like R&D.”

Entrepreneurship is definitely a “higher risk and higher reward” scenario says Mehra. Most traditional researchers typically have a lower risk tolerance than the average innovator or entrepreneur. It can be very uncomfortable for a trained researcher turned entrepreneur to accept failure and pivot away from their original idea. But Mehra says that “even if the original idea isn’t quite right, there is still a lot of good knowledge acquired through the process.”

Unlocking the “why” and a desire to create impact at scale are drivers behind making the shift into entrepreneurship. While contemplating his own career path, Mehra reflects that “thinking about my passion for technology, I realized that technology has a way to scale and have a one-to-many impact on the world. I started to think about ways I could use my technology skills to help people on a global scale instead of, for example, treating patients one-at-a-time as a doctor.”

Sbeiti and Blanco also began their journey by observing their surroundings and asking why. These common traits make up what Clayton Christensen, the current Kim B. Clark Professor of Business Administration at the Harvard Business School of Harvard University, and his co-authors, call The Innovators DNA. After six years of studying innovative entrepreneurs, executives and individuals, they agree this common skill set is present in every innovative entrepreneur. Clayton et al. argue that if innovation can be developed through practice, then the first step on the journey to being more innovative is to sharpen the skills. Studies of identical twins separated at birth indicate that one’s ability to think creatively comes one-third from genetics “that means that roughly two-thirds of our innovation skills come through learning — from first understanding the skill, then practicing it, and ultimately gaining confidence in our capacity to create,” says Clayton. The most important skill to practice is questioning. Asking “why” or “what if” can help strengthen the other skills and allow you to see a problem or opportunity from a different perspective.

Ted Cho, President of StartupHoyas MED, an organization dedicated to healthcare startups and innovators at Georgetown University, sees that skill in many of the innovators and entrepreneurs who are part of the StartupHoyas community. Like Drs. Jean-Marc Voyadzis and Hakim Morsli who created Amie, a “virtual surgical assistant” to help patients prepare for surgery and recovery, entrepreneurs often create their companies by observing and questioning their surroundings, identifying a problem, and developing a solution.

Cho says that “one of the most common pitfalls for entrepreneurs is building solutions without problems. Often times the most successful startups are those that are rooted in problems that the founders experienced firsthand. However, that doesn’t mean that you necessarily have to be an insider. Some of the most innovative ideas with the greatest potential to create impact have come from outsiders with fresh perspectives who aren’t locked into the conventions that seem to restrict many of the traditional players in the healthcare space.” While all of the innovators and entrepreneurs in the StartupHoyas community are focused on improving healthcare, not all are medical students. In fact, many are students and faculty from other areas of life sciences.

Starting one’s own company is much like scientific research — it’s the search for something that’s never been done before, because there is no product that is exactly like yours. But it’s important for researchers considering a business launch to stay flexible. As Cho says “pick something you love, but be careful not to fall in love with your own science.” 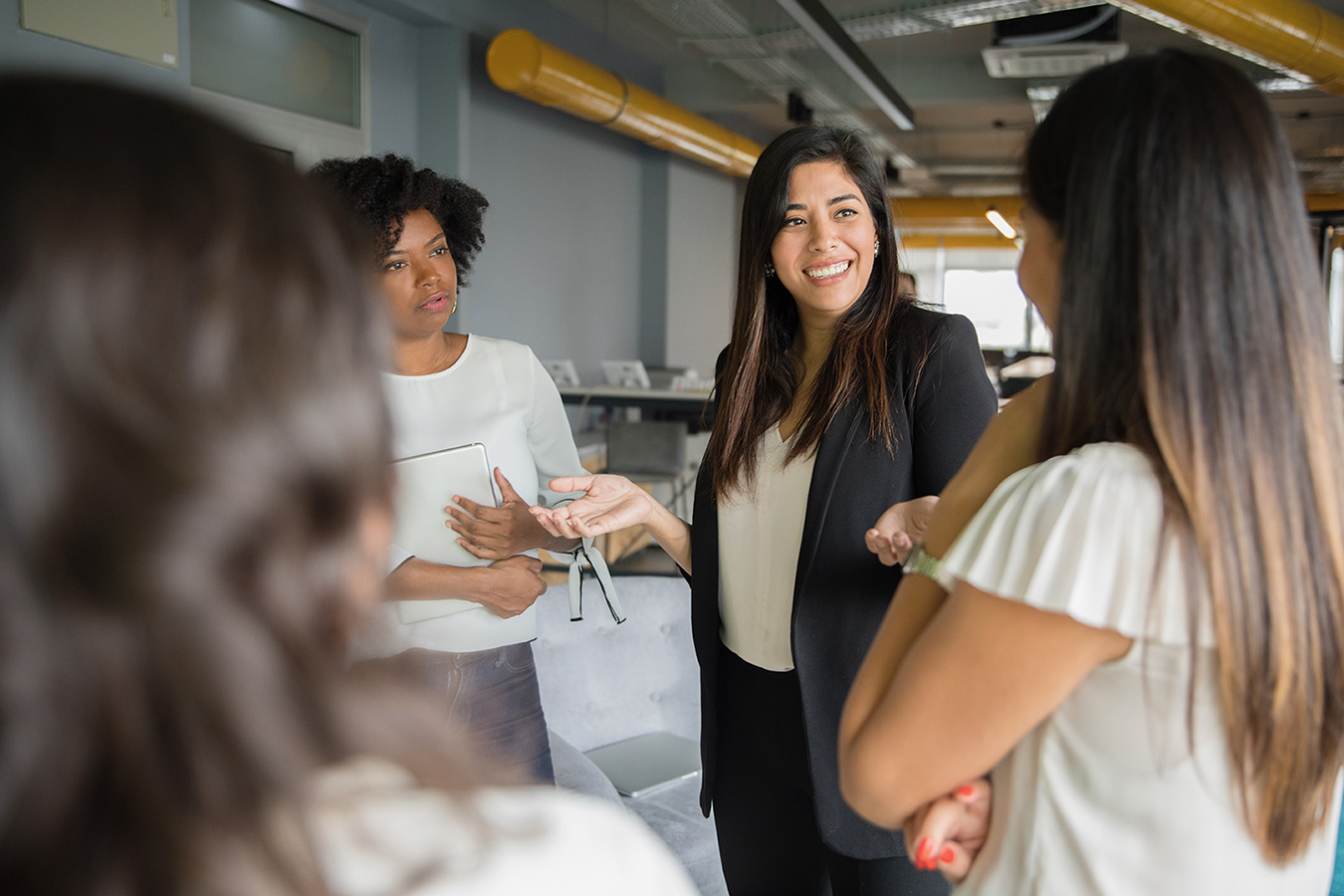 Innovative entrepreneurs have something called “creative intelligence,” which enables discovery, yet differs from other types of intelligence. This means innovators are more than “right-brained individuals.” They engage both sides of the brain and leverage what the authors call the “five discovery skills” to create new ideas.

Source: Excerpted from “The Innovators DNA.”