Heavy Ions and the Fifth Dimension 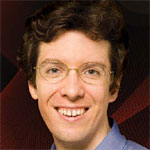 A strange fact about the relation between supersymmetry and Large-Hadron-Collider physics is that the main ingredients were approximately in place 20 years ago or more. There have certainly been advances in the past two decades, both theoretical and experimental. The top quark was a big discovery, although it was long anticipated. The non-discovery of the Higgs boson constrains models of supersymmetry in interesting ways. Theoretical understanding of supersymmetry has deepened considerably, and the range of possible manifestations of supersymmetry at the Large Hadron Collider has been explored much better than it was in the late 1980s. But these advances have been in some sense incremental. Especially now, with the LHC about to start generating data, one has the sense of the whole field holding its breath. But it's been holding its breath a little too long. Supersymmetry is so entrancing that it has survived literally decades of non-discovery without losing its place as the main hope. Alternative theories tend to get calibrated against supersymmetry to such an extent that they start resembling supersymmetry.

Recently, a wholly different route to connecting string theory to the real world has been developed. On the string theory side, it is based on the gauge/string duality. On the real world side, it relates to heavy ion collisions. In such collisions, temperature and density rise so high that protons and neutrons melt into a fluid called the quark-gluon plasma, or QGP. There are ways of understanding this melted fluid that have nothing to do with string theory. The right way to characterize the aim of the field is to make string theory one of several quantitatively useful tools for describing the QGP.

This is clearly a less lofty aim than to produce a theory of everything and reveal the ultimate structure of the physical universe. But, at present, the putative connection of string theory to heavy ion physics has two charming features that are missing in the theory-of-everything side of string theory.

First, the intellectual content on the string theory side is firmly rooted in string dynamics and the gauge/string duality. This is a more direct access to string theory itself than most theory-of-everything scenarios are likely to offer. That's because connections between string theory and LHC physics are mostly mediated through supersymmetry and the low-energy limit of string theory, where all but the lightest string states drop out of the physics. Second, string theory calculations have already been compared to experimental data, with some degree of success. Caution is still very much in order, and there are significant critiques and disagreements about how and whether string theory relates to heavy ion collisions. Nevertheless, this field is producing the closest contact to date between modern string theory and experimental physics.

Reprinted with permission from The Little Book of String Theory, by Steven S. Gubser, a non-technical account of string theory and its applications to collider physics. Published by Princeton University Press.