Can our knowledge of Nature ever be complete?

I'd like to start this essay with a statement that might be surprising coming from a scientist: We are surrounded by the mysterious.

I'll follow with a quote from another scientist: "The fairest thing we can experience is the mysterious. It is the fundamental emotion which stands at the cradle of true art and true science."

Albert Einstein wrote those words in 1930, as part of a text entitled "What I Believe." By "mysterious," we both mean "that which is beyond our current knowledge." That is, the knowledge we still don't have of the universe. Einstein was well aware that we could only understand part of the whole. "What I see in Nature is a magnificent structure that we can comprehend only very imperfectly, and that must fill a thinking person with a feeling of humility," he said.

Sadly, this concession to our limitations has been forgotten over the years. Perhaps some of the blame goes to Einstein: for the last two decades of his life, he searched for a "final theory," a mathematical structure that would reveal the unity of nature, perfect in conception and in symmetry. His approach has been criticized for having been out of touch with the mainstream physics of the time. But his legacy as a unifier remains strong, having inspired a new generation of theoretical physicists in search of a final theory of nature.

Einstein believed—as did the Pythagoreans of pre-Socratic Greece—that geometry is the key to nature's deepest secrets. Likewise, superstring theory—the preeminent modern incarnation of the final theory—aims to build a unified explanation for how the elementary particles of matter interact among themselves based on geometrical arguments. The stated goal is far from humble: the Theory of Everything should be the ultimate triumph of reductionism, the culmination of a search that started some 25 centuries ago in the Turkish town of Miletus. Can such a theory ever be devised? Or is the notion of unification, of Nature's deep unity, more a myth, inspired by the pervasive influence of monotheistic ideas in Western thought?

To answer this question we must turn to particle physics, the branch of physics that searches for matter's smallest building blocks. There is no question that the notion of symmetry is one of the cornerstones of physics. To deny this would be foolish. Many theories that successfully describe natural phenomena are based on the idea of symmetry and how it is applied mathematically. The problem starts when symmetry stops being a tool and becomes dogma. Because it's been so successful so many times, it's hard not to elevate symmetry to a pedestal and claim that nature's harmony must be the expression of a grand mathematical code hiding underneath it all. The problem is, we have no experimental evidence that it must be so.

Current particle physics identifies four fundamental forces of nature: to the familiar gravitational and electromagnetic forces, we add the strong and weak nuclear forces, both active only within the confines of the atomic nucleus. The goal of unification is to show that all of these forces are, in fact, manifestations of a single force. We can't perceive this unity at the low energies of our everyday lives, or even in our most powerful accelerators. But close to the Big Bang, at inconceivably high energies, the unity of nature would be revealed in all its amazing beauty. One senses Plato's legacy—the belief that only in the pure beauty of mathematics can truth be found—or, as Keats wrote, that "beauty is truth, truth beauty." Unfortunately, nature is not willing to cooperate.

One of the great triumphs of modern physics is the Standard Model of particle physics, a theory that collects all (or almost all) that we know of the world of the very small. In the 1960s, Sheldon Glashow, Abdus Salam, and Steve Weinberg built a theoretical framework whereby the electromagnetic and weak interactions were "unified": At high energies, the weak interaction behaves in ways similar to electromagnetism. The theory made some remarkable predictions, which were spectacularly confirmed by experiments in 1983 at the European Center for Particle Physics. In spite of its well-deserved success, the reality is that the theory can't be considered a truly unified description of the two forces. Traces of both forces remain throughout; too many experimental facts must be accommodated by hand. In 35 years of attempts and massive experimental searches for the predicted effects such unification would entail, efforts to go beyond this "electroweak" unification to incorporate the strong force have failed.

Interestingly, we can detect a growing attitude shift in recent papers published by the high-energy physics community. Many scientists are proposing that perhaps things are not so perfect after all—that perhaps the universe started with the forces as described by the Standard Model, featuring only the partial electroweak unification.

We can now revert to our opening statement—that we are surrounded by the mysterious. One of the problems with the notion of a final unification is that it assumes that we have complete knowledge of the fundamental particles and their interactions. Einstein was criticized for his stubborn attachment to gravity and electromagnetism; how can we be sure that there aren't other interactions out there, beyond those we can currently measure? We only know what our instruments tell us. And although their accuracy is increasing, allowing us to see more of the cosmos, it will always be limited. Since we cannot know all there is to know, we cannot build a theory of everything. We don't even know what "everything" is!

The historian of ideas Isaiah Berlin called the notion of ultimate explanations a "fallacy," blaming it on the pre-Socratics. There is a perennial darkness out there, beyond the circle of our current knowledge. And although this circle is always expanding, so is the level of our ignorance. Imagine how much Galileo found he didn't know when he pointed his telescope to the sky in 1609; just as when van Leeuwenhoek looked through his microscope only a few years earlier. In our times, think of all that the Hubble Space Telescope has revealed. Einstein was right when he wrote of how imperfect and limited our knowledge of nature is. And Berlin was right to condemn the rigidity of monistic ideals.

As we leave notions of mathematical perfection and final unification behind, what do we have left? A universe that thrives on the imperfect, on the manifestation of asymmetries from particles to galaxies; a universe that is no less fascinating for not hiding a "mind of God."

The argument doesn't stop with fundamental physics. Life itself is only possible due to fundamental imperfections. Take, for example, the remarkable chirality, or handedness, of organic molecules. As Pasteur revealed more than 150 years ago, life seems to have a marked preference for molecules of specific spatial configurations. In modern times, we identify the amino acids that make up all proteins in living organisms as being "left-handed," while the sugars that form the backbone of RNA and DNA are identified as being "right-handed." Handedness here relates to how these molecules are able to rotate the polarization of light either to the left or to the right, like the blades of a fan. The curious thing is that, when synthesized in the laboratory, these amino acids and sugars come out fifty-fifty. So, out of two choices, life picks only one. No one knows why, although there are many tantalizing ideas. Perhaps, as I suggested in a recent paper, the choice of chirality depends on the complex interactions between the primitive organic chemistry and the early terrestrial environment of four billion years ago. Other life forms in other planets or moons may have opposite chirality to ours.

As life developed, it only survived because of genetic mutations, themselves imperfections during the reproductive cycle. Life's complexity, the transition from single-celled to multicellular organisms, is an amazing feat of adaptability, of the symbiotic relationship between living creatures and Earth's unique properties. As we look out at our neighbors in this solar system, we see barren worlds, most probably devoid of life. What about the rest of the galaxy or even the universe as a whole? Current research indicates that simple life may not be so rare; but complex life, and, in particular, intelligent life, is a whole other story. The Search for Extraterrestrial Intelligence program, known as SETI, is 50 years old, but no radio signal from an alien civilization has been detected. Furthermore, the distances are vast; with current technology, it would take us over 110,000 years to arrive at the nearest star, Alpha Centauri. So, even if there are other intelligent life forms out there, we are, for all practical purposes, alone. This revelation should fill us with awe: we are how the universe thinks about itself. And for this reason, we have the moral obligation to preserve life at all cost. Not bad for a species that has only a limited knowledge of reality. 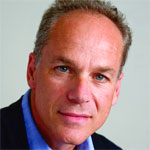 Marcelo Gleiser is the Appleton Professor of Natural Philosophy and Professor of Physics and Astronomy at Dartmouth College. He is a Fellow of the American Physical Society and the recipient of the Presidential Fellow Award from the White House and the National Science Foundation, as well as several literary awards. He is the author of A Tear at the Edge of Creation: A Radical New Vision for Life in an Imperfect Universe (Free Press), published in April 2010.