Academy on the Radio

Presenting science updates on Australian public radio helps to bridge the gap between continents, and spark scientific interest among people half a world away.

Those of you who know me in my capacity as director of Life Sciences at the Academy know that I am passionate about communicating science (basically to anyone who is interested). In addition to my job here at the Academy, every two months I do a call-in radio segment on a weekly science program called "Einstein A Go Go," on public radio station 3RRR-FM in Melbourne, Australia (which happens to be my home country). 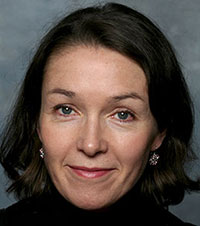 The station is not unlike the Academy—it is a membership-based, not-for-profit organization that is supported by community sponsors and 12,000 subscribers. "Einstein A Go Go," which airs on Sunday mornings (Melbourne time) is headed up by Dr. Shane Huntington. Huntington has a background in physics, with a specialty in photonics and imaging. The five or so other panelists on the show are equally accomplished scientists and science communicators, holding PhDs in areas spanning infectious diseases, chemistry, engineering, and quantum mechanics. The show's aim is to discuss science and science-related issues in a friendly and accessible manner.

My brief is to cover "What's Hot in New York Science." I have covered such diverse topics as:

When I am preparing for a show, I spend about two months looking at research breakthroughs, current affairs, or interesting presentations that I have heard at the Academy—basically seeking anything that catches my attention through the eyes of a science-interested citizen. This process starts the minute I'm off the call from the previous show. I spend a few hours researching the topic and preparing a few pages of notes, at which point I usually find I have way too much information for a 10-minute segment, then spend a while distilling it down into a page or two of bullet points.

With the words "...and after the break, we will be joined by Dr. Jennifer Henry, live from New York...," they cut to a track, and I call in via skype.

Once show time rolls around, I tune in via streaming radio and listen to the first half hour of the show so I can be sure not to repeat any material already discussed (including breaking news stories that the other panelists may have seen in Science or Nature that week). Due to the fact that we are multiple time zones apart, the show goes to air at 11am on Sunday morning (east coast Australia time), which is either 7pm or 9pm on Saturday night in New York (depending on daylight savings). I therefore also need to get "in tune" with the Sunday morning vibe of the show and be cognizant of any major events that took place the night before in Melbourne, such as the aftermath of a federal election, cuts to Australian science budgets, or a football grand final (equivalent to the Superbowl). If Huntington's team (Essendon) and mine (Collingwood) have recently played each other, a few jokes usually fly...

With the words "...and after the break, we will be joined by Dr. Jennifer Henry, live from New York...," they cut to a track, and I call in via Skype. Huntington picks up my call, we have a quick chat to test the sound quality, and he puts me on hold until the track finishes. He then says "...and joining us now on the phone from New York, we have Dr. Jennifer Henry, director of Life Sciences at the New York Academy of Sciences. What's happening over there, Dr. Jennifer?"

And off I go. I try to make my segment as natural, chatty, and conversation-like as possible. I talk my way through the topic using my prepared bullet point notes to keep the facts straight. After a few minutes, the other panelists contribute their thoughts (which gives me the chance to catch my breath, and gives me guidance on what angles they, as representatives of the citizen-science community, find interesting about the topic). It can be rather like an exam, as the panelists throw in unexpected questions and I have to hope that my preparation was sufficiently broad to get me through this phase of the segment.

"How does the life span of the periodical cicada differ from those of the cicadas we see every summer in Australia?"

"How did the coroner's office handle processing the remains of the terrorists alongside those of the victims?"

"Is there evidence that New Yorkers no longer take emergency response sirens seriously?"

This is where my notes come in handy—hopefully the panelists' questions touch upon issues that I have researched. At times, however, I am caught by surprise if they ask an unexpected question or one from way out of left field. All I can do then is make an educated guess, or ask the panelists if they have an opinion (which they invariably do).

We then wrap up the segment, vow to do it all again in two months, and I get off the call with a huge sigh of relief. I walk to the other end of the apartment, where my husband has usually been hiding out in the bedroom to give me some privacy on the call, and he says "How did it go?" My response is almost always "Fine...I think." It takes at least half an hour to get over the ordeal.

So why do I subject myself to this grueling mini-exam every two months? Wouldn't I rather spend my Saturday evening relaxing? Yes, it's work, and it's often difficult to find the free time to select and research a topic, but, like all things that require effort, the feeling of achievement when it's all over makes it well worth it. I love the feeling of international science connectivity. I love that, even though my fellow panelists, the listeners, and I can all read the same material in Science or Nature, I can hopefully bring an extra, more personal dimension to the issues with an on-the-ground New York perspective.

I also love spreading the word about the Academy's mission, and hope that this might propel listeners to visit our fabulous website, listen to our extensive range of eBriefings and podcasts, read our archive of Annals, and possibly also become a member of our truly international network.

Jennifer Henry, PhD, is the director of Life Sciences at the New York Academy of Sciences.