eBriefings are online multimedia reports documenting recent Academy events. Additional reports may be found on the Academy website at: nyas.org/ebriefing. 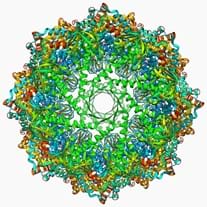 Mammalian cells can make up to 20,000 different proteins, responsible for a wide range of cellular functions, including structure, catalysis, transport, and signaling. Proteins are synthesized as linear chains, but to carry out their myriad roles, they must then fold into complex three-dimensional configurations. Franz-Ulrich Hartl, M.D., of the Max Planck Institute of Biochemistry and Arthur Horwich, M.D., of Yale School of Medicine and Howard Hughes Medical Institute, are working to better understand the molecular machinery that drives protein folding, and the implications when a protein misfolds. They discovered a new class of proteins, part of the chaperone family, responsible for protein folding. Chaperones bind to peptide chains as they are being transcribed to prevent them from aggregating and to give them an isolated space, shielded from the hubbub of the crowded cytoplasm, in which to fold properly. Misfolded proteins are associated with aging and diseases including Alzheimer’s disease, Parkinson’s disease, Huntington’s disease, and prion disease.

On October 4, 2019, prominent scientists gathered at the New York Academy of Sciences to grant the 2019 Dr. Paul Janssen Award to Hartl and Horwich for their groundbreaking insights into chaperone-mediated protein folding.

Malnutrition, in all its forms, is a global challenge. As a key modifiable risk factor for chronic and infectious diseases, it has far-reaching health, economic, and social consequences. On September 13, 2018, the New York Academy of Sciences hosted a discussion of two contrasting, yet not mutually exclusive, strategies to meet the global population’s nutritional needs. Barbara Burlingame, Ph.D., of Massey University, New Zealand, and Kathryn Dewey, Ph.D., of the University of California Davis, presented their views on food systems and nutrition programs.

The Future of Complex Medicines: Development and Regulation

Advances in biomedical research, biotechnology, and nanotechnology are yielding innovative medicines that can change the course of a disease in ways never before possible. These life-saving new medicines — biologic compounds such as gene therapies and recombinant proteins, as well as non-biological complex drugs such as liposomes and iron-carbohydrate complexes — are so diverse, and often difficult to characterize, that regulatory agencies around the world have struggled to figure out what kinds of data should be submitted to approve them.

To advance research and build consensus, it is necessary to engage together key stakeholders from academia, regulatory bodies, industry, and drug manufacturing. On May 13, 2019, the New York Academy of Sciences, the Nanotechnology Characterization Laboratory, and the Non Biological Complex Drugs Working Group hosted a conference to stimulate this discussion. A follow-up to a 2016 convening on the same topic, this event featured presentations on best scientific approaches for the development and regulation of complex medicines, current challenges in the assessment of equivalence, and methods to improve timely patient access for new medicines. 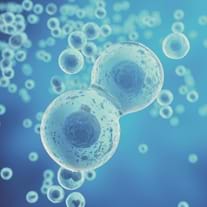 The human body regenerates itself constantly, replacing old, worn-out cells with a continuous supply of new ones in almost all tissues. The secret to this perpetual renewal is a small but persistent supply of stem cells, which multiply to replace themselves and also generate progeny that can differentiate into more specialized cell types. For decades, scientists have tried to isolate and modify stem cells to treat disease, but in recent years the field has accelerated dramatically.

A major breakthrough came in the early 21st century, when researchers in Japan figured out how to reverse the differentiation process, allowing them to derive induced pluripotent stem (iPS) cells from fully differentiated cells. Since then, iPS cells have become a cornerstone of regenerative medicine. Researchers can isolate cells from a patient, produce iPS cells, genetically modify them to repair any defects, then induce the cells to form the tissue the patient needs regenerated.

On April 26, 2019, the New York Academy of Sciences and Takeda Pharmaceuticals hosted the Frontiers in Regenerative Medicine Symposium to celebrate 2019 Innovators in Science Award winners and highlight the work of researchers pioneering techniques in regenerative medicine. Presentations and an interactive panel session covered exciting basic research findings and impressive clinical successes, revealing the immense potential of this rapidly developing field. 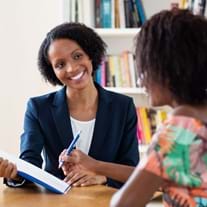 Why STEM Professionals are Valuable Across Industries

According to the Pew Research Center, employment in science, technology, math and engineering (STEM) occupations has grown 79% since 1990. But STEM expertise is vital to many

industries, some of which you’d never associate with those skills. As companies large and small work to find and retain top talent who can identify emerging trends to propel their businesses forward, they are actively investing in professionals with STEM skills.

In a new webinar series, A Recruiter’s Perspective, the Academy’s Science Alliance talks to companies about how and why they’re recruiting talented STEM professionals. On September 26, 2019, PepsiCo, the first partner in the series, shared their creative approach to recruiting top talent in data science and research and development. Learn more from the leading global food and beverage company in this summary.