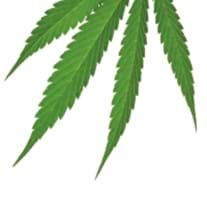 CBD has become the ingredient driving a billion-plus dollar market of consumer products — researchers are sorting the hype from the hope.

Enter any drugstore, vitamin chain, big box store, e-commerce site, gas-station convenience store or street corner bodega and you’ll find CBD products — in shampoos, oils, vapes, gummies and even treats for people and pets. Many of these products come with creative claims of the therapeutic benefits of CBD, true or not.

Such mass market hype and wishful thinking aside, Epidiolex®, an FDA-approved breakthrough treatment for rare drug-resistant epilepsies, is currently the only CBD product (cannabidiol) demonstrated to be effective by controlled studies in people.

CBD was previously known as the non-intoxicating sibling of the psychoactive intoxicant THC (tetrahydrocannabinol) — both cannabinoids produced in the marijuana plant. Traditional medicines have used cannabis for millennia, yet the United States first placed legal restrictions on its use in the 1920s and 1930s. In 1970, marijuana became illegal under Schedule I of the U.S. Controlled Substances Act.

CBD, though, received an enormous boost when the Farm Act of 2018 allowed the legal growth and sale of hemp products which include CBD. However, THC remained illegal, along with CBD produced from marijuana. These changes have only added to the ambiguity of CBD’s status from the perspectives of both law and science.

Don't Miss our Symposium on the Endocannabinoid System

In the 1980s and 1990s, researchers identified cannabinoid receptors in humans (CB1 for THC and CB2 for CBD). What they were uncovering was the human body’s own endocannabinoid system (ECS).

“It’s a system as ancient as our immune system and our central nervous system. They co-evolved and our endocannabinoid system acts as a bridge between the two,” says Yuval Cohen, CEO and Director of Corbus Pharmaceuticals. “It’s designed to help us recover from trauma and is absolutely essential to life.”

To illustrate his point, Cohen said: “Imagine you’re a caveman and you just got mauled by a saber-toothed tiger. You are injured, you’re bleeding, you’re going into shock, you’re scared, you’re in a ton of pain; the wound is swollen and tender. You’re a hot mess. And that is where your endocannabinoid system kicks in. Without it, you’re going to die in that cave. It’s that simple.”

He is describing what many CBD promoters claim as general benefits of CBD in any form: pain management, seizure control, physical and psychological trauma relief, and tissue healing. Cohen, himself, sees the endocannabinoid system as an increasingly more explored therapeutic target for new treatments of disease.

Elizabeth Thiele, M.D., Ph.D., Director of the Pediatric Epilepsy Program at Massachusetts General Hospital, has firsthand experience with the pain and courage of parents who have exhausted existing medical options for treating extremely ill children. “I think what has really set this whole CBD story apart is that it was the patient community that drove the interest. It wasn’t big pharma saying ‘Here’s this drug we had in trials’,” she said.

Dr. Thiele has direct knowledge of a couple of related cases. One family moved from Maine to Colorado so they could access a CBD product for their daughter’s debilitating, treatment-resistant

epilepsy. A second family, from California, became interested in medical marijuana when their son had trouble with the restrictions of dietary therapy. But they encountered the same difficulty many experience with extracts: consistency of the product. Eventually, the California boy became patient one for Epidiolex in the United States.

“When I first got involved with this, one of my colleagues told me I was risking my career and another that I was wasting my time,” said Thiele. “But my approach has always been that I get parents who are desperate for treatments for their child and I need to support them.”

Still, Thiele firmly warns against trying CBD products whose contents you cannot confirm: “Right now, the only data we have is that purified CBD can be effective in helping children with refractory epilepsy. Parents should be very leery of claims of CBD curing or being good for everything.” 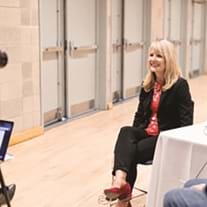 ABOVE AND BEYOND CAVEAT EMPTOR

When states legalize something, people assume it is safe. But experts at government agencies and university-affiliated research institutes continue to seek accurate data about potential health risks associated with cannabinoids, especially for people who may be more vulnerable because of age, neurological development, pregnancy, or interactions with other medications.

THC can affect fetal and adolescent neurological development, but CBD’s effects are still being determined. Data  collected during studies of Epidiolex, for example, revealed that CBD affected availability levels of the antiepileptic clobazam, requiring dosage adjustments.

Scientists are actively studying the therapeutic potential of CBD with the removal of hemp from Schedule I.

Among her responsibilities, Susan Weiss, Ph.D., National Institute on Drug Abuse, Director, Division of Extramural Research, represents NIDA in talks on cannabis, marijuana and CBD. “Our goal is to get a better understanding, to get more knowledge and to be able to present evidence in an unbiased fashion,” she said. “We are also interested in developing therapeutics for cannabis use disorder.”

But NIDA research is not immune to legal ambiguity, jurisdictional conflicts, and their consequential impact on science. “Our researchers can’t actually purchase products from dispensaries because they would be in violation of federal law,” Weiss said. “As a result, NIDA must depend on people self-reporting what they’re using. But we don’t have access to those products to get a good sense of their dangers.”

Margaret Haney, Ph.D., Professor of Neurobiology, Columbia University Medical Center, is a leading researcher on cannabis use disorder but also explores the science behind specific areas of therapeutic value for THC and CBD. “I feel like there’s an anti-science moment right now where people are just believing,” she said. “They’re distrustful of pharma but not of the person selling them CBD at the farmer’s market. People aren’t aware that it’s just snake oil all over again.”

According to Haney, what most stands in the way of large-scale rigorous clinical studies is the DEA Schedule I status for cannabis and cannabinoids, which essentially shuts down the ability to conduct these studies. “If scientists could treat cannabis and its constituents as Schedule II, that would open things up tremendously,” she said.

Ziva Cooper, Ph.D., Research Director of the UCLA Cannabis Research Initiative and Associate Professor in the Jane and Terry Semel Institute for Neuroscience and Human Behavior, understands the strong arguments for the purity, precision and predictability that synthesized THC or CBD molecules can provide in a rationalized drug design approach. But as a pharmacologist she wonders if potential benefits may be lost the further away a drug molecule moves from the whole plant.

“You want to know what the individual constituents do, but then there is this idea that the whole plant can offer greater therapeutic potential because it has all these different chemical components — some call this the entourage effect,” said Cooper.

“This hypothesis hasn’t really been tested in the clinic yet. We’re hoping to begin studying that very soon to determine if these different molecules in the plant work together to

improve the potential therapeutic effects of cannabis. Will the combination of these chemicals be effective? What can we expect it will do? What are the risks we should be aware of? I’m confident that over the next 10 to 15 years we’ll actually be able to answer some of these questions,” said Cooper.

Dan Zenowich, a freelance health writer, contributed to this story.

Register for “Targeting the Endocannabinoid System for Treatment of Human Diseases” at: www.nyas.org/ECS21 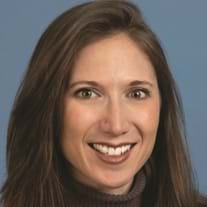 Research Director of the UCLA Cannabis Research Initiative and Associate Professor in the Jane and Terry Semel Institute for Neuroscience and Human Behavior.