Food Allergies are Getting Worse - Researching New Paradigms for Treatment 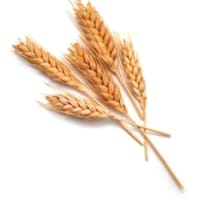 Fans of the popular TV show “Big Bang Theory” may remember the oft-cited peanut allergy by the Howard Wolowitz character who traded on it for jokes. But the reality is no laughing matter.

Food allergies are a serious condition that impair the lives of patients and their caregivers. According to a study conducted by the National Center for Health Statistics, the prevalence of food allergies in children under 17 increased by more than 50 percent from 1997 to 2011. The rate is even higher in low-income minority groups. And it’s a health issue with a hefty price tag. A study in JAMA Pediatrics put the economic cost of food allergies at $24.8 billion annually, or $4,184 per year per child.

The overwhelming majority of allergies are linked to eight foods: milk, eggs, peanuts, tree nuts, soy, wheat, fish and shellfish. As an ailment of the immune system, allergies cannot be cured, but individuals can be desensitized to tolerate small amounts of allergens. So the consensus among allergists is that treatment should shift, to focus on how to better mitigate the immune system’s response to allergens.

Read more from this Magazine Issue

WHAT WE DO AND DON’T KNOW

Allergies are an immune system reaction to a foreign substance that enters or comes into contact with the human body. According to a 2018 report from Blue Cross and Blue Shield, the number of children in emergency departments with serious allergic reactions went up 150 percent between 2010 and 2016. Most of the life-threatening reactions are to foods such as peanuts and tree nuts, according to the claims data. But while the increase in emergency room visits adds to the abundant evidence of the higher prevalence of food allergies in children, the question about the underlying cause for their increasing severity is more difficult to answer.

Reactions in individuals can range from mild to life threatening, yet much is still not understood about how allergies develop. “We still do not understand the origins [of the] allergy as an immune system problem,” explains Alkis Togias, M.D., Allergy, Asthma, and Airway Biology Branch Chief in the Division of Allergy, Immunology, and Transplantation at the National Institutes of Health. “We have a lot of theories, but we are not certain whether a single hypothesis can provide the answer.”

According to an article published in Allergy, European Journal of Allergy and Clinical Immunology, the rapid increase in food allergy has been attributed to both environmental and genetic factors. In those genetically predisposed to allergy, environmental factors such as lifestyle, exposure to pollutants, better hygiene, and use of antibiotics can increase risk of food allergy.

“What we understand is that the kind of immune response that leads to allergies is the same kind of immune response that a lot of parasites are dealt with by the human body,” says Togias. “There is an idea that, as humans have improved their living conditions, the immune system found itself without those stimuli, and has somehow deviated towards attacking environmental elements that are not truly of any risk to the human body, but share antigenic properties. In other words, they have molecular similarities to things that our immune system used to recognize and attack.”

The rise of allergies is perhaps better understood in the context of the rise of immune-mediated diseases, suggesting more widespread dysfunction of the human immune system. “It may not just be the type of immune response that is involved in an allergy, but part of a general immune dysfunction related to changes in the environment that human bodies have been exposed to,” says Togias.

The reaction of the human body to these changes in the environment are best taken into account by the hygiene hypothesis, which posits that early childhood exposure to some microorganisms is beneficial and can protect against allergies by building up the immune system. A lack of exposure to some of these microorganisms could lead to gaps in the immune system and explain the increased prevalence of food allergies.

“The use of antibiotics, disinfectants, the increased rate of C-sections, a pro-inflammatory diet compared to more vegetable- based diets like those in the Mediterranean region, and dietary practices that delay the introduction of highly allergenic foods to infants have all been identified as driving factors for food allergy, particularly peanuts,” explains Anna H. Nowak-Wegrzyn, M.D. Nowak-Wegrzyn is a pediatrician at NYU Langone Health in New York, N.Y., who specializes in preventing and treating children’s allergies. “This is such a multifactorial phenomenon that if you want to put your finger on one driving force, it’s probably not possible,” she continues. “Too many things are converging together and leading to the rise in food allergies.”

Reflecting these new perspectives, updated guidelines have been developed to take into account new research, like the groundbreaking National Institute of Allergy and Infectious Diseases (NIAID)-funded LEAP study. The LEAP study demonstrated that the introduction of peanuts into the diet of children with severe eczema (a symptom of high allergic risk) during their first year reduced their risk of peanut allergy by 80 percent. These results upended previous guidelines that had advised caregivers to avoid all contact with peanut allergens.

Prior to the LEAP study findings, general consensus held that since the fetal immune system is not fully developed at birth, it would be best to avoid the introduction of highly allergenic foods to high risk infants — identified as those who have one parent or sibling already diagnosed with a food allergy. “Unfortunately, this previous recommendation was not evidence-based,” says Nowak-Wegrzyn. “It was a consensus opinion and it turned out to be totally wrong because as developed countries embraced those recommendations and delayed the introduction of peanuts until the age of three, there was a simultaneous increase in the incidence of peanut allergy.” In 2017, revised U.S. guidelines issued by NIAID recommended the early introduction of peanut to infants at high risk of developing a peanut allergy.

A ROADMAP TO THE FUTURE

In 2011 representatives from the Food and Drug Administration, National Institutes of Health, patient advocacy groups, industry representatives, and other stakeholders met to discuss ways to marshal resources and plan the best path forward to develop new food allergy treatments. This meeting led to the eventual formation of Aimmune Therapeutics, Inc., a biopharmaceutical company focused on developing treatment options for different types of food allergies. Earlier this year, Aimmune received FDA approval for PALFORZIA™, the first successful FDA-approved treatment for patients with a peanut allergy.

PALFORZIA is an oral immunotherapy administered in increasingly larger doses to patients aged 4 to 17. “PALFORZIA is a complex biologic medication that is derived from peanut protein sources and is highly characterized for all component allergens,” explains Stephen A. Tilles, M.D., Senior Director of Medical Affairs at Aimmune. “[It] is hopefully going to become the latest example of what allergists have been doing for many decades with other forms of effective allergy immunotherapy.”

The results were first demonstrated in the PALISADE Study, published in The New England Journal of Medicine in 2018. The initial median highest tolerated dose of patients enrolled in the study was only 1/30th of one peanut. Twelve months into the study the median highest tolerated dose had risen to the equivalent of three to four peanuts. At 18 months the data showed that the median for highest tolerated dose had risen to six to eight peanuts. “What is remarkable about immunotherapy is that the effectiveness or efficacy continues to increase over time,” says Tilles. “For example, a patient will initially receive a dose of 1/600th of a peanut, which is then gradually increased under medical supervision to the equivalent of one peanut per day.”

As a next step, Aimmune is developing an egg oral immunotherapy and is in the early stages of a tree nut program. “This is an exciting time for the peanut allergic patients and their families because they actually have a choice. We now have a roadmap for how to get a robust clinically effective treatment approved by the FDA,” says Tilles.