How Nutrition Science is Ensuring a Healthy Start in Life 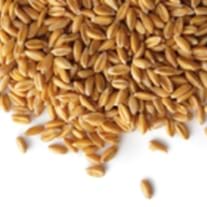 About a decade ago, pediatrician Philip Fischer, M.D., began to hear heartbreaking stories about babies in Cambodia who were believed to have “beriberi,” a vitamin deficiency so uncommon in the U.S. that he knew of it only from textbooks as a scourge of the 19th century. He went to Cambodia to learn more and try to help his colleagues there. They encountered infants so deathly ill, listless, and short of breath that they were often unable to cry and incapable of feeding. And yet miraculously most of them would make a full recovery within thirty minutes of receiving a shot of the vitamin they were lacking: thiamine, also known as vitamin B1.

Fischer and his colleagues found that about six percent of babies in Cambodia don’t live to see their first birthdays, and up to half of those deaths could be attributed to thiamine deficiency. “That was pretty concerning to us,” said Fischer, professor of pediatrics at the Mayo Clinic in Rochester, Minnesota. The team is now working to determine the extent of the health problems caused by thiamine deficiency in babies and establishing guidelines for diagnosing it.

The body can’t make its own thiamine, so it has to get it through the diet. Whole grains, nuts, and pork are particularly good natural sources, and today some staples such as wheat flour are typically fortified with it. In Cambodia, however, as in many countries in Southeast Asia, more than half the diet is made up of white rice, which contains little thiamine, largely due to the processing of the rice, which involves removing the outer layer containing the thiamine. Newborn babies typically get their thiamine through breastmilk, but if their mother is deficient, then the breastmilk is, too.

The most recent estimates suggest that at least 38 percent of infants in Cambodia are thiamine deficient. Similar deficiencies have been found elsewhere across Southeast Asia, parts of India and Bhutan, and several countries in Africa. “This is more widespread than we thought,” said Kyly Whitfield, Ph.D., assistant professor of applied human nutrition at Mount Saint Vincent University in Halifax, Nova Scotia. An increased risk of death due to this deficiency is not the only concern: some evidence suggests that having too little thiamine in early childhood may cause lasting impairments in cognitive abilities.

Whitfield foresees a day when families in developing countries can get the thiamine they need through fortified foods, such as salt. She and her colleagues are already testing thiamine supplements in the region to establish how much thiamine a woman needs to consume in order to prevent beriberi in both herself and her infant.

The studies involving Whitfield, Fischer, and their colleagues reflect several initiatives underway that aim to use the latest developments in infant nutrition science to help families in developing nations nurture healthier babies. Prioritizing adequate nutrition for pregnant and lactating women and their babies is critical not only for women’s health, but also for that of future generations and the productivity of these nations.

What did our Task Force Recommend?

Many people in developing countries have deficiencies of multiple vitamins and minerals simply because they don’t have enough food to eat or their diet lacks variety. Pregnant women are especially vulnerable because they require even more nutrients than usual. And it’s not just their own health at stake; their children have an increased likelihood of stillbirth, premature birth, and a variety of birth defects, among other health problems. They also have an increased risk of death before age five and tend to perform more poorly than their peers in school.

“Women in low- and middle-income countries have many deficiencies that are not currently being addressed,” said Robert Black, M.D., professor of international health at Johns Hopkins University in Baltimore, Maryland.

Indeed, two recent systematic reviews of the scientific literature found evidence that multiple micronutrient supplements are better than supplements of iron and folic acid alone at reducing the risk of a child being born preterm, with low birth weight, or small for gestational age. And the supplements appear to be safe; they do not raise the risk of any adverse events.

Division of Child and Adolescent Health

“MMS does everything that IFA does, and more,” said Clayton Ajello, Dr. P.H., senior technical advisor for Vitamin Angels Alliance, a nonprofit that provides MMS to mothers and children worldwide.

Because of these added benefits, both Ajello and Black advocate for developing countries with high rates of nutrient deficiencies to replace IFA supplements with MMS, especially in countries where such deficiencies are widespread among women of childbearing age. Progress is slow, in large part because current supplies are nowhere near what is needed to meet the needs of the estimated 206 million women who become pregnant in developing countries each year. However, supplies will increase as more and more countries adopt MMS, Ajello says.

IT TAKES A VILLAGE

Minimizing nutrient deficiencies in pregnant and breastfeeding women is a key part of ensuring the development of healthy babies. Equally important are efforts to ensure that babies are breastfed optimally. The WHO recommends that all babies be breastfed within an hour of birth and continue exclusively for six months. After that, babies should start eating other foods but continue nursing until they are at least two years old.

Studies suggest that programs to promote breastfeeding may be an important way to reduce mortality in young children. “But establishing breastfeeding can be difficult for many women, especially if they don’t have guidance and support,” said Melissa Glassman, M.D., a pediatrician at New York Presbyterian Hospital and Columbia University Irving Medical Center, and the founder and medical director of the hospital’s Newborn Clinic, which provides outpatient care to newborns with Medicaid insurance after they are discharged from the hospital. “It becomes more difficult to raise your baby if you don’t know how to do it and you’re not surrounded by a village that can help you.”

New mothers often do not know what to expect when breastfeeding for the first time. For instance, many have trouble getting a newborn to latch onto the breast properly, causing pain and difficulty with feeding. And first-time mothers may not immediately recognize cues that their baby is hungry, resulting in too few feeding sessions and weight loss in the infant. What’s more, breastfeeding can be physically exhausting: newborns typically feed at least eight times a day, and each feeding session can last as long as an hour. If women don’t know to expect these feeding patterns, they often assume that they’re not making enough milk and their baby is going hungry. All of these factors may prompt women to give up on breastfeeding too soon.

“There’s nothing worse than a woman wanting to breastfeed, then developing problems with breastfeeding that she doesn’t know how to fix, and not having the support she needs to address these problems,” said Glassman, who provides breastfeeding support to women from a wide range of socioeconomic backgrounds — from those with commercial insurance who visit her at a ColumbiaDoctors practice — to the primarily immigrant population with public insurance who visit the Newborn Clinic. “If we can get women comfortable and on the right foot early with breastfeeding, that will get moms on the path for long-term successful breastfeeding and all the associated health benefits for both mom and baby.”