Is “Beyond Meat” Really the Next Sustainable Food Source? 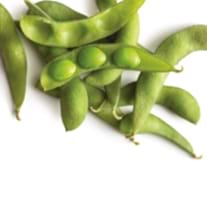 Vegetarianism and even veganism are not new ideas — in fact one of the first mentions of vegetarianism comes from Pythagoras in 500 BCE. Buddhists and other religious groups have long advocated the practice for humane reasons.

The term vegan was coined more recently in 1944, to distinguish those who do not eat any animal-derived products from those who still consume dairy and eggs. Veganism has long been viewed as an extreme lifestyle choice, however, in recent years, the popularity of plant-based diets has been on the rise.

In 2017, six percent of U.S. consumers identified as vegan. While this is still a tiny percentage of the population, it represents a 600 percent increase over the previous three years.

People may choose not to eat meat due to health reasons or concern over animal welfare, but growing awareness of the contribution of food production to climate change has begun to expand the conversation around the need for the broader adoption of a plant-based diet.

According to the Food and Agriculture Organization of the United Nations, food production is responsible for 14.5 percent of worldwide greenhouse gas emissions. It is estimated that if everyone in the U.S. were to give up eating meat and dairy, it would reduce the country’s carbon emissions by 70 percent. Reducing the prevalence of meat and animal products in the American diet will not be easy, as ideas and preferences about food are deeply rooted in cultural and societal norms. Even with greater understanding of the health and environmental implications, many people struggle with the idea of replacing their Thanksgiving turkey, or their celebratory steak, with a plant-based alternative.

Eating meat is also associated with increasing wealth, and as the standard of living has increased over the last 50 years in countries such as China, so too has their meat consumption, despite government policies advocating for lower intake.

A number of new plant-based meat alternatives have

recently been developed that aim to ease the transition for those who want to make the switch. Several of these products have garnered significant media attention, but why all the hype? What makes the Impossible Burger “impossible?” and why would you want to go “Beyond Meat”?

THIS IS NOT “MYSTERY MEAT”

While they take different approaches, companies such as Impossible Foods and Beyond Meat aim to create plant-based products that are almost indistinguishable from the real thing, which they believe will lure even the most die-hard meat eaters away from animal-derived products.

delivering all the deliciousness, the nutrition, the versatility, that people expect out of meat but we’re making it from plants, which is inherently more sustainable.”

Impossible has a lofty mission to “replace the need for animal farming by the year 2035”. To do that, they take a rigorous scientific approach to replicate the taste and texture of meat. As Kliman says “taste is only a small part of it, flavor is mostly aroma.” In order to identify and recreate the aroma of meat, she uses the Gas Chromatography-Olfactometry technique, in which beef is broken down into its component chemicals and each of those is associated with a particular smell. The scientists then turn their attention to the plant world to find plant-based compounds with the same characteristics. For Impossible this means they now have a “technology platform, or pipeline” that allows them to do the same for other meat products — for example the recently released Impossible Pork. A similar pipeline approach is used to replicate the texture of meat.

For Impossible, their “secret sauce”, what Kliman says provides the “explosion of meaty flavor” is heme, a chemical found in all plants and animals. In humans, it forms part of hemoglobin, the protein complex that carries oxygen around the body in the bloodstream. To replicate the taste of animal heme, Impossible scientists turned to leghemoglobin, a variant that naturally occurs in soy. They then devised a way to produce it in genetically modified yeast, in order to meet production demands and minimize its environmental impact. According to the company, their process uses 87 percent less water, 96 percent less land, and emits 89 percent less greenhouse gases than it takes to produce traditional beef burgers.

Plant-based alternatives to meat are produced from soy, potato, rice, mung bean, or pea protein and also contain fats to give them the appealing sizzle as they hit the pan. While eating a plant-based diet is often viewed as the healthier option, it is important to realize that eating “Beyond Meat” or an “Impossible Burger” is not necessarily beneficial for health.

These products have a similar fat content to beef burgers, and while they have less cholesterol and more fiber than a typical meat patty of the same weight, they do contain more sodium. Professor Kent Kirshenbaum is an organic chemist at New York University, and former scientific advisor to Beyond Meat, who is currently on the board of the Good Food Institute, a non-profit that promotes alternatives to animal food products. “There is no easy way to answer this question,” he says. “Is it potentially beneficial to move to plant-based sources of food rather than animals? Yes, and I could spend a lot of time telling you why, especially moving away from red meat. However, for those people who are concerned about ultra-processed foods as potentially having deleterious health consequences, they’re absolutely right, this could turn out to be a problem. We don’t know what it is about processed foods that gives rise to health problems, so we really don’t know what the long-term effect is going to be.”

From restaurants like David Chang’s Nishi, to Burger King and Dunkin’ Donuts, the Impossible Burger and Beyond Meat products are widely available, and Taco Bell recently announced it will offer plant-based fare within a year. However, not all restauranteurs are so enthusiastic. Chef Silvia Barban, former “Top Chef” competitor and current proprietor of LaRina in Brooklyn, N.Y., offers many vegetarian options on her menu, but none of them contain plant-based meat alternatives. Barban prefers to use her culinary skills to turn locally sourced vegetables into a delicious meal. “I want to sustain the local farmers. I want to try to make great dishes with everything that we have around”, says Barban. However, in her personal life she finds these plant-based products an easy substitute in dishes like tacos or ramen, when she needs a quick and tasty lunch or late meal after work. While Barban thinks that plant-based meat alternatives are a great addition to fast food, or fast casual restaurant menus, she has no plans to incorporate them in her own menu: “I just use vegetables and I treat them the right way and make it super flavorful. For example, I like to do a beet tartar. It’s vegetarian. It looks like meat, but it’s not — it’s beets and it’s delicious!”

EATING OUR WAY TO SUSTAINABILITY

It is clear that for our health and the environment, we need to rethink what we eat and how we produce our food. A recent report from EAT-Lancet Commission states that achieving a sustainable and healthy diet worldwide is possible by 2050, but will require a dramatic shift in our approach to eating and agriculture as well as require significant effort and investment from all sectors. While the report suggests that meat consumption should actually increase in parts of the world where malnutrition is prevalent, in North America, there needs to be a substantial decrease in the amount of meat and dairy consumed. Thus, solutions to the problems of developing a sustainable global food supply chain will take many forms. In western nations, hi-tech plant-based meat alternatives, will almost certainly play a major part in this revolution.

“This is here to stay. Even if part of what’s going on is some element of hype, we don’t have any choice but to drastically reform our food systems, it has to happen,” says Kirshenbaum. “The population is just growing too quickly. Economies around the world are expanding and people are becoming wealthier, which has generally been associated with greater consumption of meat. Just from a global sustainability standpoint, this has to happen.“