Old Mcdonald’s Farm Changed the Climate, but Agriculture Doesn’t Have to Be At Odds with the Environment

What should we eat? This fundamental question has bedeviled humanity throughout our history, spurring a series of urgent, society-changing innovations. For centuries, agriculture changed little, from the hunter-gatherer tribes who lived off the limited bounty of subsistence farming and the hunting of wild animals, to the open-field system of farming performed by village serfs. But these approaches could not produce enough food to feed a growing population. The enclosures of the common lands in 16th century England caused massive civil unrest, but it made the land more productive. The industrial revolution introduced such innovations as the combine harvester, as well as storage and shipping technologies that allowed the cultivation of a greater variety of food for an even larger population. Today “agribots” and other AI-based technologies are helping farmers to keep pace with the demand for food production as the global population balloons into the billions.

Unfortunately, these innovations have come at a steep environmental cost. Modern farming guzzles fossil fuels and scarce water reserves, emits hazardous chemicals, and overturns entire ecosystems. The planet can’t sustain this pace much longer, so we’re faced with the prospect of refereeing the interests of commercial farmers with those who believe the health of people is only as good as the environment in which they live. With environmental laws now being weakened, farmers and researchers will need to work together more closely to develop new long-term sustainable food production systems while preserving fragile eco-systems.

“OH, THE FARMER AND THE [RESEARCHER] SHOULD BE FRIENDS …”

A central problem in restructuring global agriculture is the sheer scale and diversity of the industry. Ideas that work well in an Iowa corn field are irrelevant to an Indonesian rice paddy, which in turn bears little relation to beeves grazing on Argentine range land.

That’s why the United Nations’ Sustainable Development Solutions Network launched the Food, Agriculture, Biodiversity, Land-Use, and Energy (FABLE) Consortium in 2017. “The idea was that we need to build the capacity in many countries ... to do some long-term analysis of the food and land systems in order to design policies,” says Aline Mosnier, scientific director of FABLE in Paris, France. Based mostly at research institutes, each of the 22 current FABLE country teams focuses on analyzing and modeling a specific country’s agricultural systems.

FABLE released its first report in 2019, a comprehensive overview that identified “pathways to sustainability” for different countries and types of agriculture. Consortium teams focused on strategies to increase food security while reducing greenhouse gas emissions and deforestation, tailoring them to local conditions. “It’s very important to have this being driven at the country level,” says Mosnier, adding that “studies before this were just at the global level.”

The FABLE models suggest that with appropriate policies and careful implementation, farming doesn’t have to come at the expense of the environment. “It seems feasible that we could reach many of our targets toward greater sustainability ... it’s feasible by 2050 if we have some proactive measures implemented by the different countries,” says Mosnier.

However, sustainability requires political will to follow the science. Brazil, for example, achieved significant, rapid reductions in deforestation in recent years. But in 2018, a far-right government took over, appointing pro-industry administrators to top posts and setting aside many of the previous recommendations by scientists. Deforestation rates in the country have since skyrocketed.

Problematic land use changes aren’t limited to the clearing of rainforests. Indeed, all forms of agriculture entail some degree of ecosystem engineering. “There’s such a variety of approaches, and they vary in how much they sort of coerce the ecological system,” explains Craig Allen, Director of the Center for Resilience in Working Agricultural Landscapes at the University of Nebraska in Lincoln.

Clear-cutting forests to make room for farms can extirpate many native species, but even converting grasslands to similar-looking fields of wheat or corn can disrupt an ecosystem. And while many environmentalists argue — correctly — that modern animal farming can be quite destructive, not all meat is the same. “Here in Nebraska we have extensive range lands, and those are pretty much native prairie, managed quite well and fulfilling habitat requirements for a wide range of species,” says Allen.

The fundamental problem is that any ecosystem can only support a finite number of organisms, so growing plants or animals for human consumption will always carry some environmental cost. “Our landscapes produce a wide range of ecosystem services, and one of those services is food production,” says Allen, adding that on land dominated by modern monoculture farming, biodiversity inevitably suffers.

Experts project that by the year 2050, the growing global population will need as much as 70 percent more food than the world’s farmers currently produce. One solution is to farm existing agricultural land more intensely. New irrigation, fertilization, and crop breeding strategies are already boosting yields in many areas. “I’m relatively optimistic about our ability to increase productivity, but of course the planet’s becoming smaller and smaller,” says Allen. He adds that pollution from some of the fundamental inputs of intensive agriculture, such as nitrogen fertilizers and fossil fuels, may soon strain the planet’s ecological limits.

In the meantime, farmers in many areas are already running up against another critical limit: water scarcity. While drought has been a hazard to agriculture throughout history, growing demand and climate change exacerbate the problem. “Water supplies are becoming increasingly erratic, and that’s a function of the rainfall and the snowfall and changes in dry times, but more importantly, it’s becoming less predictable from year to year,” says Todd Jarvis, director of the Institute for Water and Watersheds at Oregon State University in Corvallis.

That volatility is a problem for scientists as well as farmers. Researchers such as Jarvis have long built their prediction models based on stationarity, the idea that past trends will continue into the future. With droughts and floods becoming more erratic, that approach doesn’t work anymore.

Worse, the changing climate will have radically different effects in different parts of the world. “Everybody makes reference to climate change as global drying, and that’s not the case. In just the Midwest of the United States alone, the change in climate is resulting in more water in some places,” says Jarvis.

Adapting to these changes will require different approaches, depending on the types of water problems each region is facing. Infrastructure such as dams and reservoirs built to handle floods may have to be expanded or modified, while irrigation systems designed for current droughts may prove inadequate in the future. As with changes in land use, infrastructure shifts may also have unintended consequences.

“A lot of the infrastructure that’s been constructed over the past 50 to 100 years was in response to building the agricultural industry and settling lands, and today we’re having a completely different bundle of challenges,” says Jarvis. As an example, he cites the flood-control dams of the Pacific Northwest, which are now considered threats to the region’s salmon fishery. 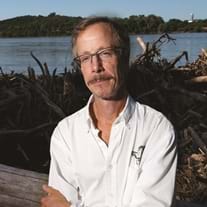 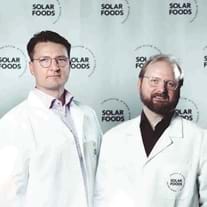 THE ANSWER MAY NOT NECESSARILY LIE IN THE SOIL

The difficult tradeoffs involved in farming have led some scientists to explore a different approach to food production: fermentation. Microbes growing in industrial scale fermenters can produce vast quantities of proteins, carbohydrates, and fats in a matter of days. The idea of turning this nutritional bonanza into food isn’t new. Marmite, a popular sandwich spread in Britain made from leftover brewer’s yeast, was developed in the 19th century.

More recent efforts to brew staple foods have focused on other microbes, especially soil bacteria that can grow on simple inputs. Solar Foods in Helsinki, Finland, is at the leading edge of this field. “We want to disconnect food production from agriculture,” says Pasi Vainikka, the company’s CEO. The core of Solar Foods’ system is a fermentation process that runs on hydrogen, carbon dioxide, ammonia, and a few minor nutrients such as calcium and phosphorous. The hydrogen comes from splitting water molecules. For energy, the company relies on solar-generated electricity.

“From a physicist’s point of view, we’re just converting electricity to edible calories,” says Vainikka. Based on current solar electricity production capabilities, Vainikka has calculated that a kilogram of Solein, the company’s food product, uses one-tenth the land area required for a kilogram of soy protein, and one-hundredth the land area needed for a kilogram of beef. The production process also uses orders of magnitude less water than conventional agriculture.

Solar Foods’ pilot plant in Helsinki now produces about a kilogram of Solein per day. The company is using that material to carry out the testing required by regulatory agencies in the U.S. and E.U., while refining the fermentation process. Vainikka hopes to scale up to a full-size factory by 2025, to supply Solein as a protein-rich additive for various food products worldwide.

If that happens, humanity may soon be pulling food out of thin air.