Tackling the Biggest Challenges in Food and Nutrition Science 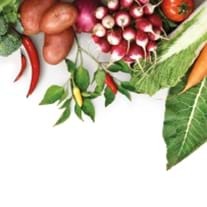 According to the United Nations, malnutrition is “a trap from which people cannot easily escape.” And it is a trap that affects every country in the world. In 2015, ending hunger and ensuring access to nutritious food was named one of the U.N.’s 17 Sustainable Development Goals (SDG) for 2030. Efforts to reduce malnutrition stretch back decades and have taken many forms. These include global initiatives that increase access to nutritious foods; government policies that promote healthy diets and set nutrition standards; nonprofit groups that operate food pantries and kitchens; and researchers who study malnutrition and evaluate interventions.

Within the vast landscape of approaches to combat malnutrition, the New York Academy of Sciences Nutrition Science Program has been focusing on where it can make the greatest contributions to nutrition science research. Over the last four years, it has focused on important nutrition science interventions, including the control and prevention of thiamine and micro- nutrient deficiencies and bolstering evidence-based nutrition

models. These activities support a priority for the Academy — addressing global issues such as food security that affect infants, adolescents and the aging population. “Today we can say that the Nutrition Program at the New York Academy of Sciences has become a center of reference on a number of those issues,” said Gilles Bergeron, Ph.D., Senior Vice President for Nutrition Science at the Academy.

This issue of the New York Academy of Sciences Magazine looks at the impact of some of the Academy’s own activities, as well as the work of other research and aid groups, in tackling the biggest nutrition science challenges. It also explores efforts to accelerate progress toward both food security and safety — from addressing environmental impacts of commercial farming, reducing food waste and promoting plant-based meat alternatives, to understanding the most common food allergies and the long-term health effects of ingested cannabis-based products.

The Academy’s reputation as a neutral convener of experts representing all sides of an issue, makes it the ideal catalyst to assess current scientific evidence writ large. In the case of the Nutrition Program, it also actively evaluates data, and participates in ongoing research needed to design future large-scale programmatic activities. For its research on thiamine deficiency, a problem that mainly occurs in low and middle-income countries (LMIC) due to insufficient dietary intake of the B1 vitamin, the Academy’s nutrition science team, together with the Bill & Melinda Gates Foundation, convened a task force in 2017 to take stock of existing data. The team is now collaborating with researchers internationally on several projects to fill in knowledge gaps, determine best solutions to tackle this public health problem, and to assess the prevalence of thiamine deficiency in understudied regions of Africa, such as Madagascar and The Gambia.

Thiamine deficiency can easily go unrecognized, as it did for decades in parts of Asia such as Bhutan and Northern India, because the symptoms are so vague, ranging from the loss of appetite in infants and children, to tingling in hands and feet in adults. But left untreated, thiamine deficiency can rapidly

lead to death, and there is increasing evidence that sub- clinical cases — which almost never get detected — can cause long-term cognitive delays and motor skill problems. “We are starting to work on strategies to prevent thiamine deficiency and to raise awareness of its prevalence, which is much, much broader than I think anyone expected,” said Megan Bourassa, Ph.D., a biochemist and the Academy’s Associate Director of Nutrition Science.

The Academy’s Nutrition Science Program has brought much-needed attention to the issue of thiamine deficiency, according to Frank Wieringa, M.D., Ph.D., senior researcher at the Institut de Recherche pour le Développement (IRD) in Montpellier, France. “In 2012, we knew as much about thiamine deficiency as we did in 1950, there was hardly any progress in those 60, 70 years,” said Wieringa, who served on the Program’s task force and is part of its Scientific Advisory Group. Wieringa found a high prevalence of thiamine deficiency in Cambodia, even though the problem has generally been less well recognized by the medical community there than in other parts of Southeast Asia such as Laos. He and his collaborators, including the Academy

nutrition team, are currently testing the optimal dose of thiamine to give lactating women in Cambodia. Early data will be available this spring and the hope is to eventually fortify salt with the optimal thiamine dose, much like salt is already iodine-fortified.

On a separate but related front, the Academy has taken on the challenge of trying to improve the myriad of computer models that can guide policy makers, researchers and aid groups in deciding how to tackle malnutrition despite limited resources. The models, which have been developed by academic, governmental and humanitarian groups, can make predictions about important policy questions such as: which nutrition issue is the most pressing in a particular setting?; should attention be directed at certain micronutrient deficiencies or on bigger issues of stunting and underweight populations?; which intervention(s) would be most cost-effective?; what is the best mix of interventions to achieve multiple concurrent objectives? With competing models, policy makers may only use the tools that are promoted by the donor they work with (be it The World Bank, USAID or other); and not necessarily the one that is most appropriate for their goals. There needs to be a greater recognition of the diversity of needs and the fit-for-purpose of specific modeling tools to the specific task.

Over the last three years, the Academy, with funding from the Bill & Melinda Gates Foundation, has brought together various modelers and launched the Nutrition Modeling Consortium to try to increase awareness of the models in LMIC. Such a partnership was developed to foster collaborations and shared experiences between countries regarding the use of models in decision making. The Consortium has given modelers the “unique opportunity to sit down and really dig into what these models can do,” said Stephen Vosti, Ph.D., Adjunct Professor at University of California, Davis, and member of the Consortium. Vosti and his colleagues created MINIMOD, a tool to help plan and manage the most cost-effective micronutrient interventions in LMIC. So far, the researchers have identified strategies for reducing vitamin A deficiency in Cameroon and plan to deploy the tool to look at other micronutrient deficiencies in countries such as Malawi and Nigeria. MINIMOD could also be used to assess the risk of interventions leading to overconsumption of micronutrients, which is a particular concern in the United States and other developed countries, according to Vosti.

With more than 800 million people around the world experiencing undernourishment in 2017, the stakes for the Nutrition Science Program, as well as the many other efforts featured in this issue, could not be higher. Ensuring that all the world’s people have access to adequate nutrition achieves multiple societal objectives. Healthy people are productive people who can work and contribute to long-term economic sustainability. And a proper diet is foundational in enabling people to fight off disease. It is arguably a gender issue as well. In societies where male children are often more valued than females, girls may not receive adequate nutrition in their formative years, which will impact their ability to bear healthy children of their own.

“Access to nutritious food is a common thread to all population segments,” said Bergeron. “What we do at the Academy is not just about starving children in remote parts of the world, although we recognize the need. Obesity, antibiotics in animal food production, adolescent women nutrition as well as nutrition for the aging, are issues that need to be addressed in developed countries as well. Here in the United States, it is estimated that one in every 10 adults who are 20 years or older has diabetes. For seniors (65 years and older), that figure rises to more than one in four. The cost of diagnosed diabetes is an estimated $245 billion — money that could go to crucial nutrition programs both in the U.S. and around the world for a healthier society at large.”

What are Sustainable Nutrition Solutions?