Annals of the New York Academy of Sciences is the premier publication of the Academy, offering review articles in topical areas and proceedings of conferences. 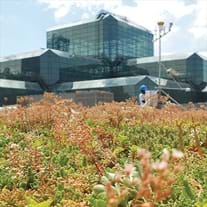 Climate Change — in New York City and Beyond

Among the most pressing issues facing the world today is changing climate as a result of human activity. Whether a specific location is hotter, colder, wetter or drier, there is little doubt that climate is changing in big ways and in many places around the globe — and that human-derived increase in carbon dioxide concentration is a major factor.

In 2008, the special issue Trends and Directions in Climate Research (Ann NY Acad Sci 1146: 1-375) put the point this way, “…what triggers the widespread media coverage and the interest of the average person on the street is the possibility that these changes may be associated, at least partially, with increasing levels of anthropogenic economic activities...” This publication came on the heels of the 2007 Nobel Peace Prize being awarded to the International Panel for Climate Change (IPCC) for its work understanding causes and possible remedies.

There are myriad activities aimed at responding to climate change, from local to international efforts. The 2015 Paris Agreement within the United Nations Framework Convention on Climate Change (UNFCCC) and signed by nearly 200 state parties is one such international achievement that continues to hold force and may eventually alter the progress of climate change, even though U.S. President Trump has signaled his intention to withdraw the U.S. from it.

Narrower in scope but equally engaged in the science and mitigation planning for climate change consequences has been the now eleven-year old New York City Panel on Climate Change (NPCC), convened by Mayor Michael Bloomberg and launched in 2008 to prepare a set of climate change projection for the New York metropolitan region and to help implement comprehensive climate change adaptation strategies.

In addition to the NPCC, whenever possible Ann NY Acad Sci assists climate researchers and scientists with dissemination of their work — for example, see the special issues Pathways to Resilience: Adapting to Sea Level Rise in Los Angeles (Ann NY Acad Sci 1427: 1-90) and Climate Science (Ann NY Acad Sci 1436: 1-230), published in 2017 and 2018 respectively.

And in March of 2019, the denouement of the NPCC reports under its current leadership, Co-Chairs Cynthia Rosenzweig and William Solecki, appeared in Ann NY Acad Sci as Advancing Tools and Methods for Flexible Adaptation Pathways and Science-Policy Integration.

For anyone wanting greater understanding of the enormous challenges wrought by climate change, reading this collection of important publications would be a good place to start. 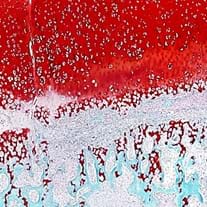 What Newer Studies Show About Cannabis Use and Brain Activity

The recent legalization of marijuana by various states in the United States, for both medical and recreational purposes, has led to increased marijuana use and renewed interest in better understanding the neurological consequences of cannabis consumption — information critical for public policy decisions concerning the ongoing debate about the public health effects of marijuana use.

In their recent article, Kelly Sagar and Staci Gruber, at McLean Hospital in Belmont, Massachusetts, have focused on recent studies that used functional magnetic resonance imaging (fMRI) to study brain function of cannabis users. Their aim was to compare the newer fMRI findings with the hope of uncovering some definitive answers.

fMRI can precisely measure and map neural activity by following increases and decreases in blood flow associated with brain activity. By using fMRI to map brain activity induced by a specific task, cognitive functioning such as memory, learning, decision-making and attention can be followed and compared, for example between cannabis users and non-users.

Sagar and Gruber evaluated several published fMRI studies for what they reported about acute and long-term effects of cannabis use. They first looked at studies on ∆9-tetrahydrocannabinol (THC), the primary psychoactive component of marijuana, and found that it can affect aspects of memory processing.

On how THC might affect a common task such as driving ability, one study showed decreased psychomotor skills and increased brain activity related to spontaneous self-generated thought, implying that marijuana-intoxicated users might pay more attention to themselves than to other drivers on the road.

Sagar and Gruber also reviewed fMRI studies that examined short-term effects of THC versus cannabidiol (CBD), the primary nonintoxicating component of marijuana. The studies suggest that THC and CBD affect the brain differently, and that CBD can ameliorate the negative effects of THC, though additional research is needed to better understand how CBD works in this way.

Overall, Sagar and Gruber found that recent fMRI studies largely support the body of previous work suggesting that chronic cannabis use causes decline in function of various cognitive domains. The use of fMRI, however, has allowed a greater understanding of the neural mechanisms underlying these cognitive declines.

This article will be published in the next issue of the annual reviews series Addiction Reviews.