What is Technology and How Does it Evolve?

Imagine the entire collection of all technologies that have ever existed, past and present. Imagine, that is, all the processes, devices, components, modules, organizational forms, methods, and algorithms in use and ever used. If we were to list these in a catalog their numbers would be vast.

This is the collective of technology, and we want to explore now how it evolves.

I have been claiming that this collective evolves by a process of self-creation: new elements (technologies) are constructed from ones that already exist, and these offer themselves as possible building-block elements for the construction of still further elements. Now I want to make clear the mechanisms by which this happens. 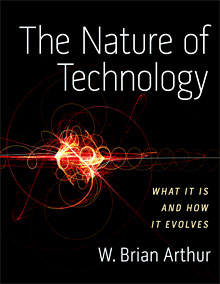 You can see this self-creation of technology in miniature if you look at some small part of this collection building itself. In the early 1900s, Lee de Forest had been experimenting with ways to improve the detection of radio signals, and he had inserted a third electrode in a diode vacuum tube to attempt this. He had been hoping that his triode tube would produce amplification of the signal, something highly desirable given the feebly transmitted radio signals of the day. But it did not. Then, almost simultaneously in 1911 and 1912, several engineers—de Forest among them—did manage to combine the triode with other existing circuit components to produce a workable amplifier. The amplifier circuit together with a slightly different combination of standard components (coils, capacitors, and resistors) yielded an oscillator, a circuit that could generate something highly sought after at the time: pure single-frequency radio waves. This in combination with still other standard components made possible modern radio transmitters and receivers. And these in conjunction with yet other elements made possible radio broadcasting.

And this was not all. In a slightly different circuit combination the triode could be used as a relay: it could act as a switch that could be opened or closed by a small control voltage on the triode's grid. If open, the relay could represent a 0 or the logic value "false;" if closed, a 1 or "true." Relays suitably wired together in combination could yield primitive logic circuits. Logic circuits, again in combination with other logic circuits and electronic elements, made possible early computers. And so, over a period of about four decades the triode vacuum tube became the key building element for a succession of technologies that produced both radio and modern computation.

It is in this way that technology creates itself out of itself. It builds itself piece by piece from the collective of existing technologies. I want to describe the details of how this happens—how technology evolves. How, from so simple a beginning, technology gives us a world of remarkable complexity.

I have been saying casually that technologies are created from existing technologies (or ones that can be created from technologies that already exist). Let me explain why this is true. Any solution to a human need—any novel means to a purpose—can only be made manifest in the physical world using methods and components that already exist in that world. Novel technologies are therefore brought into being—made possible—from some set of existing ones. Always. The jet engine could not have existed without compressors and gas turbines, and without machine tools to manufacture these with the precision required. The polymerase chain reaction was put together from methods to isolate DNA, separate its strands, attach primers, and rebuild double strands from separate ones. It was a combination of things that already existed.

The reader may object that there are exceptions—penicillin seems to be one. It is a therapeutic means and therefore a technology, but it does not seem to be a combination of any previous technologies. But consider: creating a working therapy from Fleming's base effect required a very definite set of existing technologies. It required biochemical processes to isolate the active substance within the mold, other processes to purify it, and still other ones to produce and deliver it. Penicillin had its parentage in these means and methods. It would not have been possible in a society that did not possess such elements. Existing means made penicillin possible. All technologies are birthed from existing technologies in the sense that these in combination directly made them possible.

Of course, the elements that make a technology possible go beyond its mere physical components; they include those necessary in manufacturing or assembling it. And pinning down exact "parentage" may not be simple: the techniques and methods that brought penicillin into existence were many—which should count as parents? The answer of course is the important ones, but which these are is to some degree a matter of taste. Still, this degree of fuzziness does not disturb my central point. All technologies are birthed—made possible—from previous technologies.

Of course, to say that technology creates itself does not imply it has any consciousness, or that it uses humans somehow in some sinister way for its own purposes. The collective of technology builds itself from itself with the agency of human inventors and developers much as a coral reef builds itself from itself from the activities of small organisms. So, providing we bracket human activity and take it as given, we can say that the collective of technology is self-producing—that it produces new technology from itself. Or, we can pick up a word coined by Humberto Maturana and Francisco Varela to describe self-producing systems, and say that technology is autopoietic ("self-creating," or "self-bringing-forth," in Greek).

Autopoiesis may appear to be an abstract property, the sort of thing that belongs most properly to systems theory or philosophy. But actually, it tells us a lot. It tells us that every novel technology is created from existing ones, and therefore that every technology stands upon a pyramid of others that made it possible in a succession that goes back to the earliest phenomena that humans captured. It tells us that all future technologies will derive from those that now exist (perhaps in no obvious way) because these are the elements that will form further elements that will eventually make these future technologies possible. It tells us that history is important: if technologies had appeared by chance in a different order, the technologies built from them would have been different; technologies are creations of history. And it tells us that the value of a technology lies not merely in what can be done with it but also in what further possibilities it will lead to. The technologist Andy Grove was asked once what the return on investment was for internet commerce. "This is Columbus in the New World," he answered. "What was his return on investment?"

Autopoiesis gives us a sense of technology expanding into the future. It also gives us a way to think of technology in human history. Usually that history is presented as a set of discrete inventions that happened at different times, with some cross influences from one technology to another. What would this history look like if we were to recount it Genesis-style from this self-creating point of view? Here is a thumbnail version.

In the beginning, the first phenomena to be harnessed were available directly in nature. Certain materials flake when chipped: whence bladed tools from flint or obsidian. Heavy objects crush materials when pounded against hard surfaces: whence the grinding of herbs and seeds. Flexible materials when bent store energy: whence bows from deer's antler or saplings. These phenomena, lying on the floor of nature as it were, made possible primitive tools and techniques.

These in turn made possible yet others. Fire made possible cooking, the hollowing out of logs for primitive canoes, the firing of pottery. And it opened up other phenomena—that certain ores yield formable metals under high heat: whence weapons, chisels, hoes, and nails. Combinations of elements began to occur: thongs or cords of braided fibers were used to haft metal to wood for axes. Clusters of technology and crafts of practice—dyeing, potting, weaving, mining, metal smithing, boat-building—began to emerge. Wind and water energy were harnessed for power. Combinations of levers, pulleys, cranks, ropes, and toothed gears appeared—early machines—and were used for milling grains, irrigation, construction, and timekeeping. Crafts of practice grew around these technologies; some benefited from experimentation and yielded crude understandings of phenomena and their uses.

In time, these understandings gave way to close observation of phenomena, and the use of these became systematized—here the modern era begins—as the method of science. The chemical, optical, thermodynamic, and electrical phenomena began to be understood and captured using instruments—the thermometer, calorimeter, torsion balance—constructed for precise observation. The large domains of technology came on line: heat engines, industrial chemistry, electricity, electronics. And with these still finer phenomena were captured: X-radiation, radio-wave transmission, coherent light. And with laser optics, radio transmission, and logic circuit elements in a vast array of different combinations, modern telecommunications and computation were born.

In this way, the few became many, and the many became specialized, and the specialized uncovered still further phenomena and made possible the finer and finer use of nature's principles. So that now, with the coming of nanotechnology, captured phenomena can direct captured phenomena to move and place single atoms in materials for further specific uses. All this has issued from the use of natural earthly phenomena. Had we lived in a universe with different phenomena we would have had different technologies. In this way, over a time long-drawn-out by human measures but short by evolutionary ones, the collective that is technology has built out, deepened, specialized, and complicated itself. 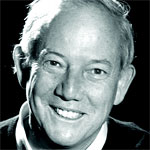 W. Brian Arthur is an External Professor at the Santa Fe Institute and a Visiting Researcher at PARC (Palo Alto Research Center). Formerly he was Morrison Professor of Economics and Population Studies at Stanford University. One of the pioneers of complexity theory, he also formulated the influential "theory of increasing returns," which offered a paradigm-changing explanation of why some high-tech companies achieve breakaway success. He is the recipient of the International Schumpeter Prize in Economics and the inaugural Lagrange Prize in Complexity Science.