Sarah Gilbert of the University of Oxford says the vaccine is most efficacious when the second dose is given 3 months after the first, and that early data suggest it could reduce transmission 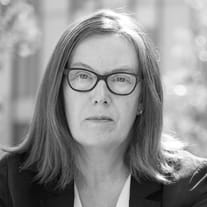 Through analysis of additional data from its ongoing COVID-19 vaccine trials, Oxford-AstraZeneca can now boast a higher estimate for the efficacy of its vaccine: 82.4% when two doses are given 12 weeks apart. Sarah Gilbert, PhD, leader of the University of Oxford team that developed the vaccine, says an earlier interim analysis found the vaccine was about 70% efficacious because it included trial participants who received the second injection less than 3 months after the first. The new study, she added, “provides further support for the policy of waiting.”

These findings, along with details about the efficacy achieved after the first dose, were the focus of Gilbert’s presentation during The Quest for a Covid-19 Vaccine, a symposium organized by the New York Academy of Sciences. The updated analysis was based on a total of 332 cases of COVID-19 disease among 17,177 participants over 18 in phase 3 clinical trials in the United Kingdom and Brazil, and phase 1/2 trials in the United Kingdom and South Africa. The participants received either the COVID-19 vaccine candidate or a placebo vaccine (or a saltwater solution in some of the studies). The results appeared pre-print in the Lancet journal this week and have not yet been peer-reviewed.

The Oxford-AstraZeneca scientists found that one dose of its vaccine was 76% efficacious at preventing COVID-19 disease starting 22 days after injection. Although this high efficacy lasts for 12 weeks, Gilbert noted that it “is not necessarily maintained, but it doesn’t need to be maintained past 12 weeks because that is when we give the second dose.” There were no hospitalizations due to COVID-19 in the vaccine group starting 3 weeks after the first dose, compared with 15 hospitalizations in the placebo group.

As Gilbert explained, the updated study adds support to the possibility raised in the earlier interim analysis that the efficacy of the two-dose regimen increases with longer intervals between the doses. The efficacy was only 54.9%, 59.9%, and 63.7% when doses were given less than 6 weeks, 6-8 weeks, and 9-11 weeks apart, respectively, compared to 82.4% efficacy at preventing COVID-19 disease with a 12-week interval. The policy in the United Kingdom, which was the first country to grant emergency authorization for the Oxford-AstraZeneca vaccine in December, is to wait 3 months for the second dose. In addition to increasing efficacy, Gilbert and her colleagues wrote in the Lancet article that this wait time “may be…optimal for rollout of a pandemic vaccine when supplies are limited in the short term.”

The new findings also provide some of the first data that a COVID-19 vaccine could prevent infection, in addition to reducing COVID-19 disease, and could thus help curb the spread of the virus. Participants in the United Kingdom trials collected nasal swabs weekly and these samples were analyzed for the presence of SARS-CoV-2. There were 67% fewer positive samples in the vaccine group, which includes both asymptomatic and symptomatic cases. “There is more to come on this…[but] that’s going to have a really beneficial effect on transmission,” Gilbert said.

Gilbert noted that more data will be coming out that address efficacy of the Oxford-AstraZeneca vaccine against the highly contagious SARS-CoV-2 variant that emerged in Brazil. She added that the trial in South Africa is too small, with only 1,476 participants, to be able tell much about vaccine efficacy against the predominant variants in that country.

From the early days of developing its vaccine, the Oxford research team “wanted this to be a vaccine for the world, not just for a few countries,” Gilbert said. She noted that the vaccine, which is based on a non-replicating chimpanzee adenovirus that produces the SARS-CoV-2 spike protein, is stable in refrigerators and is low cost, which will help ensure global distribution and access. Additionally, the researchers partnered with groups in other countries to conduct clinical trials in those areas because vaccines may work differently in different populations due to genetics, coinfections, and other factors. After AstraZeneca licensed the vaccine in April, it began carrying out clinical trials in the United States and Japan, with additional trials ongoing or planned in India, China, and Russia.

The Oxford-AstraZeneca vaccine currently has emergency approval in 23 countries around the world, with the latest approval in Vietnam on January 30. AstraZeneca is expected have enough data by early March from its United States trial of 30,000 participants to apply for authorization with the U.S. Food and Drug Administration. The plan is for 3 billion doses of the vaccine to be manufactured worldwide by the end of 2021, Gilbert said.

Conflicts of Interest in Healthcare