One of the 2017 Sackler Science Research Award winners, Dr. Andrew Thorne-Lyman discusses the centrality of in person data collection in the field of nutrition research. 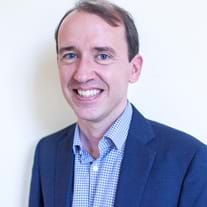 A common mental image of the scientist is a person in a white lab coat, cloistered in a laboratory working on solutions for problems far removed from day-to-day life. This image is often faulty and not an image one would associate with Andrew Thorne-Lyman, ScD, an Associate Scientist in the Center for Human Nutrition at the Johns Hopkins Bloomberg School of Public Health and one of the six recent recipients for the 2017 Sackler Science Research Award.

Dr. Thorne-Lyman has worked extensively on the ground in South Asia, particularly in Bangladesh and Nepal researching how diet and nutritional status can influence the health, birth outcomes, and growth and development of children. His research seeks to provide effective evidence to support sound public health nutrition policy. He noted, “Public health is a discipline that is very applied: we want our research to make a difference. To do that, it’s important to know who the audience is that we are trying to influence.”

Recently Dr. Thorne-Lyman discussed his Sackler Science Research Award winning study, “Does Adolescent Dietary Quality Vary by Occupation and Time Use in South Asia? A study of 30,000 Pubescent Children in Rural Bangladesh.” Although adolescent nutrition has been a topic of discussion for the past 20 years, little is known about the specifics of individual diets. “There are also a lot of changes that we believe may have influenced both dietary patterns and activity patterns over the past decade. These include the emergence and rapidly expanding availability of processed foods, greater incomes to purchase such foods, tremendous increases in schooling rates, shifting employment opportunities, and changing expectations in terms of the age of marriage and women’s roles at home and in the workplace,” said Dr. Thorne-Lyman.

He further explained, “If we want to meaningfully reach adolescents with nutritional interventions we need to know where they are, how they spend their time, what the risk factors are for poor diet, and use all of this information to develop interventions that could lead to dietary change.”

Dr. Thorne-Lyman’s proposal calls for the analysis of the dietary patterns of 30,000 children, aged 8-14 in Bangladesh collected as part of a larger study funded through the Bill & Melinda Gates Foundation. Recent advances in computing power has allowed for complex analysis of large data sets to be done much more quickly than they were done in the past. He hopes to perform a principal component analysis, which, “Will allow us to transform our dietary data into dietary patterns, which we can then relate to the daily activity of adolescents—to see, for example, whether adolescents who spend more time away from home tend to eat a diet that is more based on processed foods, which is one of our hypotheses.”

Analyzing such large populations comes with challenges, specifically how to design a system that collects high quality data from such a large group in a standardized manner. This challenge was intensified by the subject population of 8 to 14 year old children, who are generally not known for their punctuality. “Collecting this data from so many adolescents was a tremendous accomplishment by our collaborative research team in Bangladesh and Baltimore led by Professor Keith P. West Jr. We had a team of 620 data collectors in the field collecting data. These are amazingly dedicated people. Often, the only time they could find the participants at home were on the weekends or in the evenings.”

As Dr. Thorne-Lyman explained having such a large amount of data, “Allows us to get more insights into a topic that there is so little literature about. We can ask questions about specific subgroups of the population that would be difficult to answer in smaller data sets. For example, let’s say that we wanted to look at what is happening in terms of the diet and activity patterns of girls in the poorest quintile of the population. In this data set, we would still have a population of 3000 girls who would meet that definition which would give us an excellent ability to characterize what’s going on in that subgroup.”

The goal of this research is to inform public policy for adolescent nutrition, but also holds utility for a variety of other applications. As Dr. Thorne-Lyman explained, “Clearly there are connections to people working in public health, but it’s also easy to see connections to education, rural development, trade, planning, agriculture and many other sectors. Working with collaborators who know the literature on these topics, who know what questions to ask, how to interpret findings, or how to frame the presentation of data in a way that is meaningful to these audiences can enhance our ability to have our work influence people working in these different sectors. Ultimately this can lead to a greater benefit for the nutrition and health of populations.”

The Sackler Science Research Award is given by the Sackler Institute for Nutrition Science at the New York Academy of Sciences to researchers, who seek to improve the collective understanding of and fill the gaps in the field of nutrition science. Additional information about the six winners of the 2017 Sackler Science Research Award can be found here.