I am a Postdoc Scientist and I am a Parent

Science never stops, for better or for worse. I am a competitive person. A constant fear of mine is being “scooped” by another lab, rendering months or years of research unpublishable for a lack of novelty. Taking time off work exacerbates this risk—people in other labs will keep working while I am not. This fear preoccupied me when I took time off after my first child was born.

When my daughter Elizabeth was born in 2016, I was a graduate student at the University of Pennsylvania. Graduate students at Penn are not considered employees, so I did not have access to the 12 weeks of protected unpaid leave under the Family and Medical Leave Act. I was fortunate that Penn offered eight paid weeks to graduate students after the birth of a child—paternity leave is often overlooked, and many graduate schools do not provide any paternity leave.

After Elizabeth was born, I took the first two weeks off to take care of her, bond with her, and support my wife. I then went back to work for ten more weeks while my wife stayed home with Elizabeth. Then, my wife returned to work, and I took the remaining six weeks of my leave. My productivity at work in the ten weeks I was back was poor and I don’t remember much of this time because I barely slept. I can only imagine how unproductive I would have been had I gone back to work immediately after her birth.

During the last six weeks of my leave I was more relaxed because I realized my time was much better spent with my daughter. There was nothing as spectacular as watching my child learn and do new things every day. Nothing can replace family—I enjoy my work and doing science, but I work to live and to support my family. The time spent at home did not impede my science anyway; rather, it helped me bond with my daughter and rest so that when I did go back to work full-time, I could maximize my productivity and not fall asleep at my desk.

Being a parent has improved my science. I have learned to be more productive in the time I spend in lab so I can spend as much time as possible with my family at home. I am much better at planning my days in lab in advance and also at saying “no” to non-essential things for which I do not have time, such as reviewing manuscripts during busy times.

My mentoring skills have also improved from being a parent. Elizabeth loves doing things herself—even as a one-year-old, she hated having things done for her. When I would try to buckle her into her highchair, for instance, she would scream “SELF” or “LIZZY DO IT.” She couldn’t buckle herself the first few times she tried, and she relented to letting me help after five minutes of struggling. But by trying so many times, she eventually figured out how to do it herself. No student has ever screamed “SELF” when I would “help” (they would probably say “interfere”) with something they were doing, so Elizabeth taught me that when someone is figuring out how to do something, many times the most helpful thing is to do nothing until asked.

Being a scientist has also improved my parenting. In the lab, I reason through questions on my own or with the help of my mentors—there usually isn’t an immediately correct answer because if there were, it would not be novel research. When Elizabeth asks me a question, being a scientist has taught me to first ask her, “what do you think?” so she can develop her own reasoning skills. Curiosity is better satisfied through discovery than through answers. She also loves science and likes to learn new things—her favorite YouTube channel is SciShow Kids, where she watches age-appropriate videos about topics in science, and after watching one she is so excited to share the new things she learned with me. Much of my postdoctoral work involves solving the crystal structures of materials, so when she saw me looking at a crystal structure on my laptop, she wanted to “do crystals” too because she thinks that I drag around a 3D model of a crystal structure all day at work (she’s not entirely wrong…).

My son Noah was born in April, and thankfully Princeton provides employees (including postdocs) 12 paid weeks of parental leave. Parenting is hard work, and people who are not parents may not understand this. While on parental leave, I received emails from multiple people saying, “I hope you’re enjoying your vacation.” Being with Noah is more exhausting than being in lab, but also more rewarding.  Science still never stops—I had to submit a manuscript revision while home to meet a deadline—but I am trying to enjoy every minute with Noah before going back to work full-time, because parenting never stops either.

Learn More About the Blavatnik Awards for Young Scientists 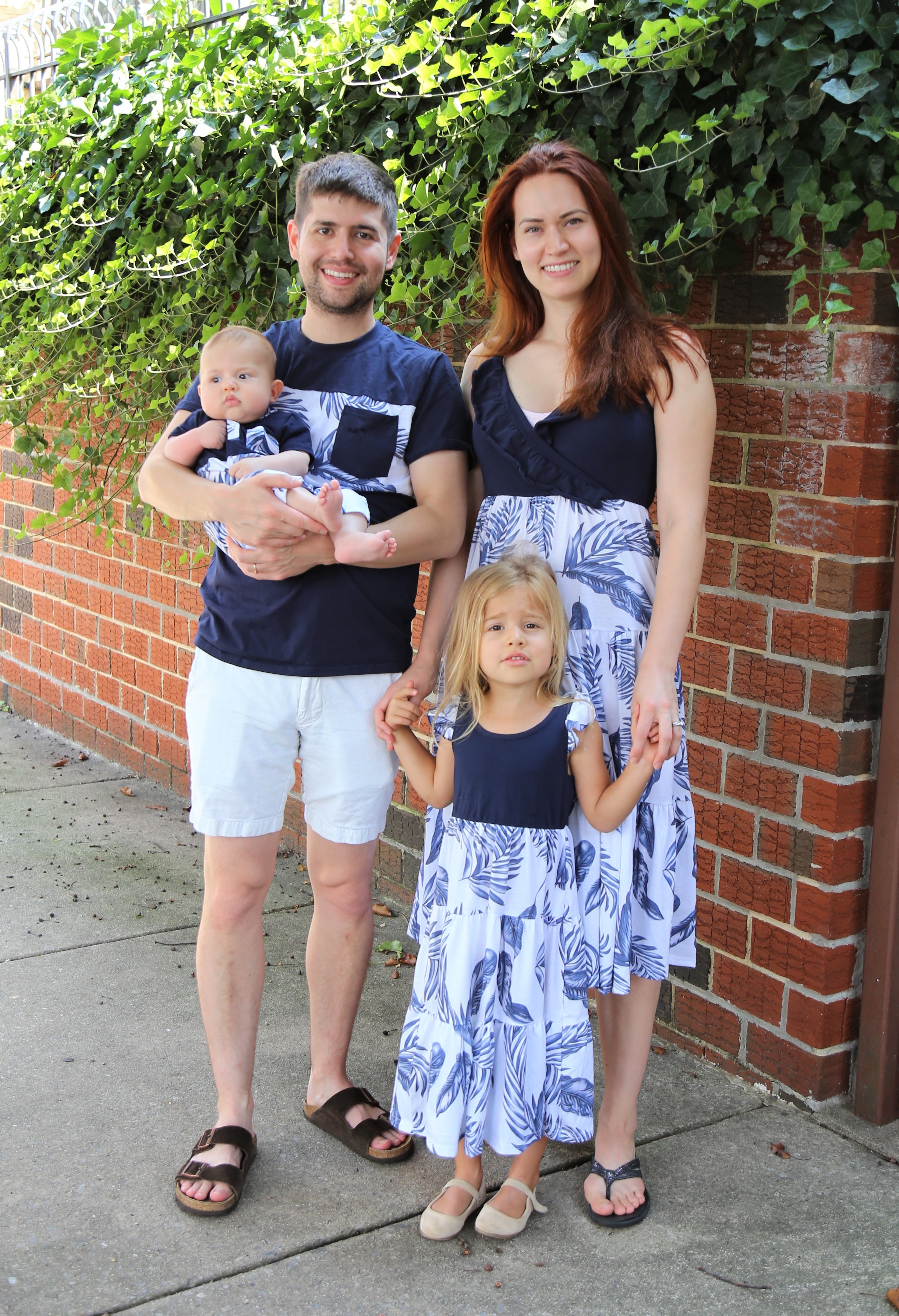 Daniel B. Straus is the Chemistry Winner of the 2021 Blavatnik Regional Awards for Young Scientists. You can learn more about him and the Blavatnik Awards at Blavatnikawards.org

Learn more about the 2021 Blavatnik Regional Awards for Young Scientists