Meet an Academy Member and mentor who believes that, through science, anything is possible. 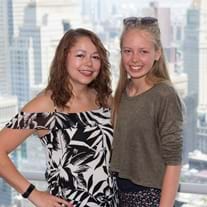 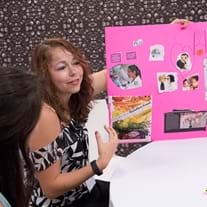 At the Global STEM Alliance Summit

Jacqualyn Jade Schulman is a scientist of many talents. As a Graduate Assistant working in Dr. Richard Wojcikiewicz’s lab within the Pharmacology department at SUNY Upstate Medical University, she conducts research that might one day lead to vital therapies for cancer. As a mentor, she volunteers her time to participate in multiple programs of the Academy’s Global STEM Alliance. And when she's out of the lab, you might find Jacqualyn bowling strikes at her local bowling alley. Want to know more about this impressive Academy Member?  Read on!

What has been one of the most rewarding moments of your scientific career?

I have just been selected to give a presentation at a conference at Cold Spring Harbor Laboratories in August 2017. I am so honored, excited, and nervous at the same time!

What are you currently working on in the lab?

There is a family of proteins that work together to either promote or protect against cell death. I am studying a specific protein in this family named BOK, and the field currently does not know if Bok’s role is to promote cell death or to protect against it. Our lab discovered that Bok binds to a calcium channel that sits in the endoplasmic reticulum. I am working on understanding what Bok’s role is in cell death and how binding to this calcium channel affects its function. If we understand how this family of proteins work we can figure out how to either promote or protect against cell death, which could be vital therapies for diseases such as cancer.

My personal definition of science is…constantly questioning everything, remembering that anything is possible, and accepting that negative data is a positive thing.

When you’re out of the lab, what are some of your hobbies?

My biggest hobby is bowling! I have been bowling in leagues since I was 5 years old and was able to bowl competitively in college and travel to tournaments. I haven’t bowled a 300 yet, but my high game is a 289!

What drew you to become a mentor in the 1000 Girls, 1000 Futures and Next Scholars programs?

I chose to get involved because I did not have any mentors in the STEM field while I was in high school. When I heard about 1000 Girls, 1000 Futures, one of the first things I thought was that I wished I had this while I was in high school. I wanted to be the mentor that I wished I had. These girls just amaze me with everything they are doing while in high school. It's inspiring to see girls in high school so involved in their communities and gaining work experience in STEM fields. It is such a rewarding experience to know I played a role, even if it is just a small one, in helping them determine which college to attend or which major to study.

Why do you think it is critical to mentor girls and women in STEM?

We are still struggling with a gender gap. When I took a computer science course in college, I was the only woman in a class of about 50 students. Each field of STEM has such a plethora of jobs within it and I want to make sure these young women know about all the opportunities that are out there. When I turn my laptop on, the log-in screen always displays a different image with some facts. Recently, the background image was a landscape with stars and it included the fact that only 6.7% of women graduate with STEM degrees. I want to have a part in increasing that percentage.

Jacqualyn volunteers with the Global STEM Alliance because she wants to be the mentor she always wished she had in high school. Join her in building a better STEM pipeline by signing up to be a mentor today!