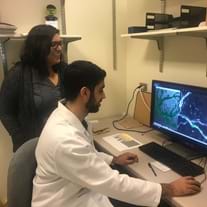 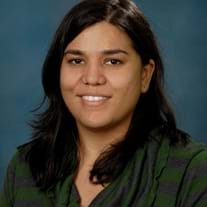 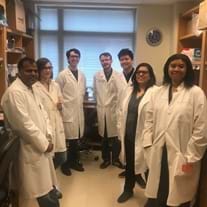 Mary Kay Lobo, PhD has been an impressive part of the Academy’s Membership network for years. We first met her back in 2011, when her postdoctoral neuroscience research at the Icahn School of Medicine at Mount Sinai earned her recognition as a Blavatnik Awards for Young Scientists Regional Finalist. Today, Mary Kay is an Associate Professor of Anatomy and Biology at the University of Maryland School of Medicine in Baltimore, where her lab conducts research on the molecular and circuit mechanisms of motivational diseases, including drug abuse and depression. We recently caught up with Mary Kay to learn more about her innovative research, the advice she has for young scientists, and how she spends her time outside of the lab.

Tell us about the work that got you recognized as a 2011 Blavatnik Regional Awards Finalist.

Recognition for this work allowed me to be invited to speaking engagements at universities, conferences, and workshops early on in my career. This has helped to foster and grow my research program. The experience has also exposed me to many other programs and events, including participating in the Future Leaders Program at the 2014 Science and Technology in Society Forum in Japan, the Aspen Brain Forum on Addiction which I attended in 2016, and the Academy’s own 1000 Girls, 1000 Futures mentoring program.

You recently published a breakthrough study on the role of mitochondrial fission in cocaine addiction. What is the significance of these findings?

Altered energy balance has been examined in drug abuse, but the fundamental source of energy, mitochondria, has not been well examined. In this study, we found that a molecular regulator of mitochondrial fission (division) is increased in the nucleus accumbens, a major brain reward region, of rodents exposed to repeated cocaine and in postmortem samples from cocaine dependent individuals. This increase in the fission regulator caused an increase in mitochondrial fission in a specific nucleus accumbens neuron subtype in rodents that self-administer cocaine. Blocking this fission process, pharmacologically or genetically, prevented physiological responses to cocaine in this neuron subtype and, importantly, reduced cocaine-seeking behavior (a model of relapse in rodents). Our studies demonstrated an underlying role for mitochondria in addiction-like behavior. Exploring mitochondria and their molecular regulators has potential to uncover new therapeutic avenues for addiction.

I hope that the work in my lab can contribute to the overall framework about our understanding of the brain, especially in disease pathophysiology of mental illness or addiction. We aim to identify vulnerable neuron subtypes and molecular adaptations occurring in the neurons in preclinical models of depression and addiction, and I hope that some of our findings could one day contribute to better treatments for individuals suffering from these brain challenges.

What is your favorite part of your work?

I enjoy that I am able to research subjects that I am curious and passionate about. I like putting together pieces of a puzzle, starting with a new finding in the lab and building it up to a comprehensive story. Completing even a little piece of the puzzle to result in a complete research study is very satisfying.

Has mentorship played an important role in your life?

I have had many mentors in my life, and all have contributed to my growth scientifically and personally. My undergraduate, graduate, and postdoctoral mentors provided me with the tools and resources I needed to succeed, and helped to build my confidence in my scientific career path. As a member of faculty, I have had many mentors who have helped guide me during the early stages of establishing a lab, obtaining funding, and navigating a scientific career at a medical school institution.

As a mentor to others, I try to respond to each individual’s needs. It’s important to recognize that everyone is different and that they may need different outlets to help them achieve their optimal success. I learned this from my postdoc mentor, Eric Nestler, MD, PhD, who was amazing at recognizing the individual needs of each lab member.

What piece of advice would you give to young scientists?

Keep persisting if this is your passion, even in the face of failures and rejections that often occur in science because it requires us to build a thick skin. If science is what you are excited about then don’t give up! One career challenge I’ve faced was simply finding the confidence in myself to pursue a career as a scientist. With time, and a mixture of successes and failures, confidence grew when I realized this was an attainable career path.

The other big challenge I’ve faced was establishing my research program. I remember walking into my empty lab with that daunting feeling of knowing I had to build a working research program out of this empty room. I was fortunate to recruit smart, hardworking, enthusiastic trainees who helped build the foundations of the lab and turned it into a thriving research program. We also had to persevere when it came to obtaining funding for the lab. I learned to spend only a limited time focusing on rejection, and instead focused my energy on moving forward to improve and resubmit grant applications.

Describe the importance of networks or collective action in your life and or work.

Networks and teamwork in science are really the only science environments I have known. I have been fortunate to be in very collaborative environments throughout my scientific path. Working together in a team, building relationships and networks to provide support to each team member stands a better chance for success than working alone. My lab’s scientific achievements are attributed to the science support group and network within the lab and across multiple labs and scientists.

How do you spend your time outside of the lab?

I enjoy traveling. Although most of my travel is for work, I try to take extra time to enjoy the sights and culture. I have been fortunate to visit Japan, Korea, Australia, Abu Dhabi, Mexico, Canada, and multiple countries in Europe within these past few years. When I am home, I usually spend time with my two rescue dogs, Baloo and Maisie. Baloo is an eight-year-old Chow, Spaniel, St. Bernard mix who looks like a little, fuzzy lab puppy—my forever puppy. Maisie is a one-year-old, genetic background TBD. Of course, as a scientist working with genetic mouse lines, I have to get my dogs genotyped.