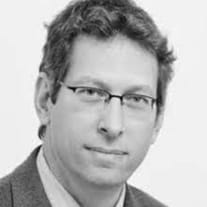 The efficacies of the Moderna and Pfizer/BioNTech vaccines against SARS-CoV-2 are not only high, they are remarkably similar. Within 1% of each other. And that, says Tal Zaks, chief medical officer at Moderna, “is the most astounding example of scientific validation through replication that I think I’ve seen in my career.” He added, “that should all give us confidence as to the veracity and the utility of the results.”

Zaks shared his astonishment at the similarity of the results at a symposium sponsored by the New York Academy of Sciences, The Quest for a COVID-19 Vaccine.  Phase 3 trials showed the Moderna vaccine had an efficacy rate of 94.1% in preventing COVID-19 disease. The Pfizer/BioNTech vaccine had an efficacy of 95%.  Together with reassuring safety data, these strong findings led to emergency approval by the U.S. Food and Drug Administration in December. The nearly 33 million Americans who have been vaccinated since then have received one of these two vaccines. Some of the many candidates in late-stage development may not be far from authorization.

Moderna has come a long way since Zaks spoke at the Academy symposium in June. At that time, the start of the phase 3 trial was still a month away. Although Zaks was optimistic that Moderna’s candidate would prove itself safe and efficacious, he expressed concern about whether the phase 3 trial would be able to enroll enough people from high-risk and minority populations.  Moderna and its collaborators slowed down enrollment to focus on recruiting a broader range of people, and they ended up being able to do so. They enrolled people 65 and older (25% of the trial population); individuals with diabetes, severe obesity and other risk factors; Black or African Americans; and other minority groups—at levels reflective of the general U.S. population. Vaccine efficacy was consistent across these groups.

Today, there are worldwide concerns about whether approved or soon-to-be approved vaccines may prove equally effective against new, highly transmissible COVID-19 variants. Zaks said data from serum samples from people who participated in its phase 1 trial showed “pretty good” neutralizing activity against these variants, particularly the B.1.351 variant, which was first seen in South Africa and has now been detected in the U.S. Although there is a drop in neutralizing activity against B.1.351, Zaks said he expects this level would still be efficacious in preventing disease, based on animal studies.

Zaks said additional study is planned for how the vaccine performs, particularly its safety, immunogenicity, and efficacy, in pediatric populations, women who are pregnant, and in people who are immunocompromised. These groups were not included in the phase 3 trial, but new trials involving these populations are already underway or under consideration. Moderna began a phase 2/3 study in adolescents between 12 and 18 years of age in December.

From almost the time that news broke of the efficacy of Moderna’s and Pfizer/BioNTech’s vaccines, there have been questions about whether the vaccines prevent asymptomatic infection, in addition to preventing COVID-19 disease, and could thus halt spread of the virus. “We see some hint of it…but those results for us are still pending,” Zaks said.  He added that the phase 3 trial found lower rates of asymptomatic infection among participants in the vaccine group compared with the placebo group—0.1% (14 cases) and 0.3% (38 cases) respectively—based on nasal swab samples collected between the first and second dose of vaccine. Moreover, Zaks said real world data from the growing number of people who have received the vaccine since authorization will help scientists better understand its transmission.

Despite questions that remain, Zaks said he thinks we are “at the cusp of seeing the first real world evidence that…mass vaccination is starting to shift the tide [of the pandemic] in places where people are getting vaccinated.” He said Moderna’s rapid progress follows more than a decade of research in developing a vaccine technology based on messenger RNA (mRNA) packaged in lipid nanoparticles.  But in a larger sense, Zaks credits the “monumental” level of collaboration between companies and the National Institutes of Health, regulators, academic labs, trial participants, physicians, and many governments.

RNA Viruses and the Immune System