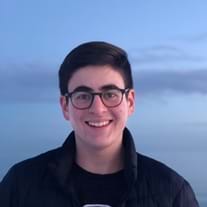 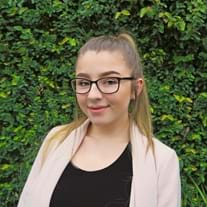 Last year, California experienced the deadliest wildfire on record. And wildfires appear to be on the rise, particularly in the Western United States. In response to this growing problem, students in The Junior Academy participated in a challenge-based project focused on tracking, preventing, and containing wildfires. Working in teams with peers from across the globe, the students arrived at a number of innovative solutions to better mitigate and manage wildfires.

Working with STEM professionals able to help them assess the feasibility of their ideas, the teams hypothesized, tested, and fine-tuned their projects over several weeks. While they haven't yet developed prototypes, the students' ideas, from across 25 international teams, offer meaningful insights into how society can address wildfires in the future.

The winning team, which included Cindy Liu, 16, from Alberta, Canada; Isabelle Robertson, 18, from Dunedin, New Zealand; Md Bayezid Hossain, 17, from Dhaka, Bangladesh; Lauren Trute, 16, from Melbourne, Australia; and Matthew Friedman, 16, from Chappaqua, New York, identified two major issues to tackle: the devastation of houses being lost and the inability of firefighters to contain the flames without power. With those problems as their guide, they worked to design a house comprised largely of fire-resistant materials. For the walls, they used a calcium calcite board, a metal alloy frame, Rockwool insulation, wall sarking, fiber cement stucco, and fire-resistant paint, each of which add another layer of protection against flames. For the roof, they used galvanized steel roofing, roof sarking, type x gypsum roof sheeting, Rockwool insulation, and a metal alloy frame.

On top of the roof, they added solar panels that could be used to send electricity to the grid to power water pumping stations for firefighters.

An App for Monitoring Fires

While the winning team worked to address fires that have already spread, the team comprised of Raghav Kesari, 18, from Mysore, India; Lara Louise Bevan-Shiraz, 14, from Denpasar, Indonesia; Joshua Rosenberg, 17, from Toronto, Ontario; Shivani Gollapudi, 16, from Frisco, Texas, focused on prevention. They developed a versatile app combining drone mapping with data analysis to detect wildfires early on and provide guidance to both firefighters and communities on how to best manage them.

Infrared cameras on drones could monitor high-risk areas and detect fires within seconds. The drones could then send real-time data to a display located in firefighters' helmets, on fire engines, or on mobile phones.

Collecting and analyzing this crowd-sourced data, then combining it with data from weather forecasts, historical data, and power line locations would allow governments to take get ahead of wildfires by resolving the issues before they contribute to a blaze.

Use Data to Track and Prevent

The team envisioned rods containing infrared cameras being placed in remote areas so they could capture 360-degree images to incorporate into their map. The rods, along with drones, could additionally be equipped to release a chemical suppressant to assist in containing fire outbreaks.

By combining out of the box thinking with advice from STEM experts, the ideas these teams came up with could very well be something we see being developed in the future.

Would you like to help students like these work to develop solutions to some of the big challenges our society faces? Become a mentor today.