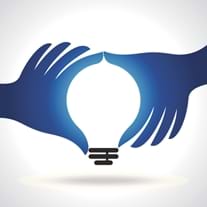 Recently the New York Academy of Sciences and NYU School of Medicine, with support from Johnson & Johnson presented a symposium, “The Need to Accelerate Therapeutic Development — Must Randomized Controlled Trials Give Way?” at the Academy’s headquarters in downtown Manhattan.

The symposium brought together experts from a cross section of disciplines, including government, academia, patient advocacy, and industry to discuss the ethical, legal, medical, scientific, safety, and economic issues surrounding clinical trial design.

The symposium compared randomized controlled trials (RCTs), the “gold standard” of clinical trial design, with alternative trials. The relevance of RCTs and the ramifications of utilizing new methods were debated and assessed from a variety of perspectives by seven expert panels. Two keynote lectures also weighed in on the discussion, and were delivered by Robert Califf, MD, former Commissioner of the U.S. Food and Drug Administration, now of Duke University and Verily Life Sciences, and Janet Woodcock, MD, Director of the Center for Drug Evaluation and Research at the U.S. Food and Drug Administration.

In his lecture, “Finding the Right Balance in Learning about Therapies,” Dr. Califf declared that the future of clinical trials should be based on high-quality evidence and widespread real-world data sharing. He called for a “learning healthcare system” wherein research would influence practice, and practice would influence research. However, this can only be realized by creating paths for patient information to be shared among competing institutions and researchers, and providing incentives for them to do so. In his mind, the biggest barrier to data sharing is the tendency of clinicians and institutions to hoard data for their own use. If that could be overcome, Dr. Califf declared that “The highest form of research would be randomization in the real world.”

Dr. Woodcock, who discussed “Modern Trends in Clinical Drug Development,” emphasized that while there is a use for alternative trial methods, it would be “foolish” not to use RCTs when possible. The assessment of new treatments should be guided by robust data, and the drawbacks of utilizing a new intervention versus standard of care should be weighed. She stated that a trial’s success is less dependent on novel trial design than the biological knowledge that underpins the treatment, a comprehensive understanding of the disease course, and what is in the best interest of the patients. Ultimately, she stressed that a trial’s foremost priority should always be an understanding of the needs of the patient.

By the finale of the conference, the RCT was not bulldozed – it was vehemently defended in many cases, and its limitations recognized in others. But beyond that, the collective conversation evolved into much more than a comparison of the merits of various clinical trial platforms. It became a call for the inclusion of patient voices in trial design, a push for more heterogeneous eligibility criteria for participants, and a recognition that preclinical data must be solid. Above all, there was the repeated need for a clinical trial infrastructure that facilitates cross talk and data sharing among researchers.

An eBriefing and podcast for the symposium will be available in the coming weeks on www.nyas.org.