Tackling Climate Change One City at a Time

Michael Oppenheimer, PhD, Director of the Center for Policy Research on Energy and Environment at Princeton University

It will take more than a village — even when that “village” is the size of New York City — to find solutions to climate change, but that hasn’t deterred the New York City Panel on Climate Change (NPCC). Consisting of leading climate change scientists, policy makers, and private sector practitioners the panel is tasked with identifying and communicating the impacts of climate change. We recently sat down with NPCC member Michael Oppenheimer — head of Princeton University's Center for Policy Research on Energy and Environment — to discuss the importance of sound science informing effective policy.

Why should NYC take the lead on identifying the impact of climate change?

Not only does NYC have the financial and intellectual capital to address climate change, it has the ability to deploy this capital to find solutions and consider what the looming risks and the options for dealing with these risks are. Its resources, in that way, are greater than any other city on earth.

Secondly, the city has a very high level of risk along its coast, compared to other places around the world. We are subject to both sea level rise and North Atlantic hurricanes and that's a one, two punch. When it goes bad, you get Hurricane Sandy. So we have to learn to live in an already risk-laden world. If we can figure out how to deal with current risks and sustain the viability of the city through future, growing risks, that will be an important lesson for other places.

What role does the private sector have in helping to shape and implement NYC’s climate change response?

The private sector can be very helpful in terms of gathering the information we need to design potential options. A lot of the progress that's been made in places like The Netherlands has been made with heavy private sector involvement. The private sector will have to be deeply involved in capital intensive solutions, like a surge barrier or the Big U, not as investors in the projects but because these will have significant implications for businesses. Their support could be a critical factor in the success of such efforts.

Conversely the private sector can create obstacles to progress by being resistant to the financial arrangements that are needed for adaptation and resilience building. NYC’s real estate industry is very politically influential and its preferences have often been quite visible. Sometimes their proposals are smart, and sometimes they are counterproductive and focused on rather narrow interests rather than the welfare of the city. Instead, I hope the industry provides forward-looking engagement that helps the city to protect its people at an affordable cost.

"If we don't have science, we have nothing. We have no evidence to provide a basis for rational decisions..."

Why is scientific research critical to the development of good policy?

If we don't have science, we have nothing. We have no evidence to provide a basis for rational decisions, we have no way to know whether it's wise to retreat from certain areas of the city, or the effects of surge barriers versus more modest control efforts.

We have to understand these things as best we are able decades in advance, in order to implement cost effective solutions. Policymakers cannot make efficient decisions on any particular type of broad scale adaptation project, unless they have at least a vague idea of how fast the sea level may rise. For example, we won't know whether to begin certain activities now or defer them for 10 years, without science.

If there was ever a problem where you need cutting edge science, climate change is it. The city has been very wise in engaging scientists in understanding what the risk is through the NPCC. That way, the city is in the position to make the best decisions that can be made today, even given significant uncertainty.

How can scientists more effectively communicate with policymakers to implements their findings in effective policy?

Scientists need to be honest with policymakers about what the uncertainties are, what might happen, and what the risks are of taking certain steps (or not taking them). Scientists have to be willing to engage in a two-way conversation, listening carefully to what policymakers need, so that they can better formulate their responses.

In general scientists are not brilliant communicators, but it isn’t necessarily their fault. It’s also difficult to decipher what politicians are willing to hear. Scientists have to talk to political leaders, as if they're average people, and not in jargon. They need to understand when they approach politicians and policy makers, that in a democracy everyone involved in the decision process, including scientists, are ultimately responsible to the average citizen.

To learn more on this topic, read the full report published in our Annals Special Issue: Advancing Tools and Methods for Flexible Adaptation Pathways and Science Policy Integration: NPCC 2019 Report. Members can access the full volume online by logging in to our website. Not a Member? Join today.

Members, Log In to Read the NPCC 2019 Report in Annals 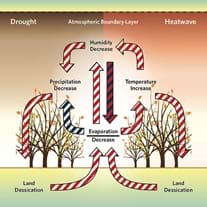 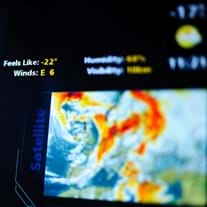 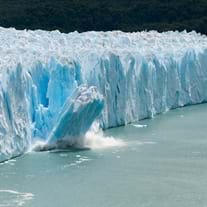