The Promise of Cancer Immunotherapy: In Conversation with Dr. Irving Weissman

Cancer immunotherapies utilize an individual’s immune system to fight off or even prevent cancers— shifting the paradigm for cancer treatment and providing alternatives to toxic chemotherapies. Since the first immunotherapy cancer treatment was approved by the US Food and Drug Administration in the mid-1980s, scientists have continued to explore the potential of drugs and other biomedical technologies to manipulate cytokines, neoantigens, immune cells, and stem cells to treat and even vaccinate against cancer.

Irving Weissman, MD, is a Virginia & D.K. Ludwig Professor of Clinical Investigation in Cancer Research at Stanford University and the Director of the Stanford Institute for Stem Cell Biology and Regenerative Medicine. He has been studying cancer since 1957 and is a leader in the field of stem cell biology. Dr. Weissman will give the Keynote address at the upcoming 8th annual Frontiers in Cancer Immunotherapy conference, to be held by the New York Academy of Sciences on May 12-14, 2021. The Academy recently spoke with Dr. Weissman about his entrance into the field of cancer immunotherapy and the advances he has made in treating leukemia by utilizing his groundbreaking findings of the link between cancer and the CD47 protein.

This interview has been condensed and edited for clarity.

You have been researching stem cells and cancer for decades. What was your introduction to these fields?

I actually started in high school in a pathology laboratory in Montana where I was learning about immunogenetics in the context of normal tissue transplants and tumor transplants. So, from the age of 16 on, I've been thinking about the field.

My interest in stem cell biology came out of the idea that if you had immune rejection of a transplant, it turned out that it was the thymus, and T cells derived from the thymus, that were the main effectors of rejection.

How did your stem cell research lead you to study cancer?

By 1996 we were treating cancer patients by giving them lethal doses of a combination chemotherapy and were then saving them by rejuvenating their blood-forming system with their own cancer-free stem cells. These treatments were done in women with metastatic breast cancer, which made me think more and more about cancer and how we could understand which cells might become malignant in acute myelogenous leukemia.

We had gotten samples from the Hiroshima Hospital Atomic Bomb Casualty Commission, which has frozen banks of live bone marrow cells belonging to people who developed leukemia after the atomic bomb. We found we could isolate the human leukemia stem cell from those samples.

We could then look at the gene expression differences between two types of purified cells: the leukemia stem cells and then either the same stage cells from normal bone marrow or from hematopoietic stem cells. It wasn't until we had completed all of that work that we could say, for the first time, which genes leukemia stem cells were overexpressed and which ones were underexpressed. 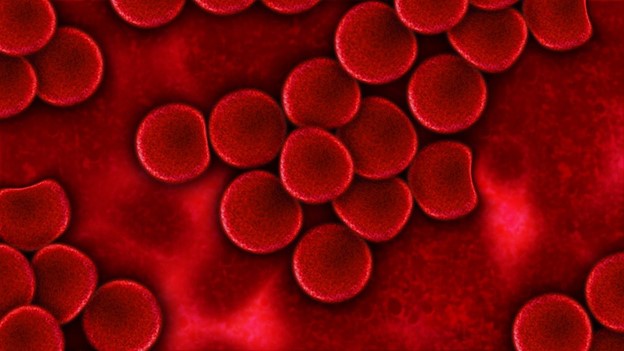 Red blood cells express CD47 on their surface to prevent macrophages from eating them.

Were there any specific genes that warranted further investigation?

One of the first genes we observed was called CD47. So, I looked it up in the literature, and it said that CD47 was an integrin-associated protein. But CD47 is not only associated with integrin in the cell membrane. When another research group knocked out the Cd47 gene in mice, they could keep the mice alive, but when they looked at their red blood cells and transfused the red cells into healthy animals of the same antigenic type, those red blood cells had a two-hour lifespan instead of having a normal two- to three-week lifespan. This discovery showed that immune cells—called macrophages—found in the bone marrow, the spleen, and liver were “eating”, or destroying, these red cells prematurely.

How did the discovery of CD47 and its role in red blood cell lifespan extend to your research on cancer?

CD47 is a “don't eat me” signal on red blood cells—that's how it extends red blood cell lifespan—but when the expression of CD47 normally fades, then the red blood cells can be eaten. So, we said, “well, if it is a ‘don't eat me’ signal for red blood cells by blocking macrophages from eating them, why does every mouse leukemia and every human leukemia that we study have upregulated expression levels of CD47?” So, we obtained and then made anti-CD47 antibodies. We showed that we could incubate the anti-CD47 antibodies with the human patient leukemia stem cells that we had isolated, along with human macrophages. The anti-CD47 antibodies relieved the blockade, and the macrophages started to eat. Within two hours, each macrophage that ate was stuffed full of five to ten leukemia cells; you let it go two days, and there's no leukemia cells left on the dish. So, it was pretty clear that we were dealing with a system of macrophage recognition and that we had developed an immunotherapy. 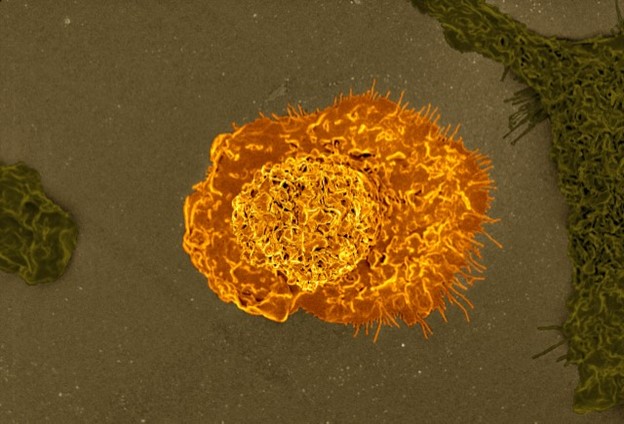 Macrophages can eat leukemia cancer cells when the cells are exposed to anti-CD47 antibodies.

How close are we to seeing anti-CD47 antibodies as an available cancer treatment?

On May 12-14, 2021, the Academy will host a three-day virtual conference featuring internationally renowned scientists from academia and industry who will present cutting-edge research on cancer immunotherapy including the interaction of cancer immunotherapy with COVID-19. Dr. Irving Weissman, Director of the Stanford Stem Cell Biology and Regenerative Medicine, will be the Keynote speaker. Register today here.