Meet an Academy mentor and marine biologist whose research has her exploring the deep blue sea.

We were first introduced to Ulla Fernandez de Arcaya, PhD after she served as a mentor for the Academy's Afterschool STEM Mentoring Program. We quickly learned that her passion for science and discovery runs deep: Ulla is a marine biologist whose work is centered on deep-sea fish ecology. Read on to learn more about Ulla's work at the Spanish Institute of Oceanography (IEO) in Palma de Mallorca and her aquatic adventures.

What are you currently working on?

I am studying the impact of bottom trawling on benthic communities from the deep-waters. For this purpose, we explore the temporal variability of the benthic community within areas exposed to different trawl intensity. Previously, I worked on fisheries coordinating two co-management projects among stakeholders, resource managers, fishermen and scientists. I really believe that we can deliver a new "contract" between fishers and society that links the ancient maritime cultural heritage with a viable, modern sustainable fishing activity.

What are your hobbies?

I am a marine biologist and thus, I love scuba diving, but also hiking in the mountains. In both the mountains and under the water, I feel free and very happy in the silence of the nature. Also, in my free time I am a clown. Playing with the red nose helps me to get rid of the stress of the day and also to laugh at myself, which is an incredibly important thing to learn.

What has been one of the most rewarding moments of your career thus far?

My first oceanographic cruise. I was on board a great Oceanographic Research Vessel ship called Pelagia. We had deployed the lander (which is a kind of tripod set up to film and photograph the seafloor environment) at 3000 meters depth. The most interesting thing about this experiment was that the lander was equipped with three blocks of frozen spinach. We were on board looking at the video in real time and suddenly, from the darkness, swimming slowly, there appeared several rattail fish. The rattail fish, or macrourids, are the most abundant family in less explored habitats of the world. They are the rats of the deep. But what do they eat in the dark and poor environment of deep-sea? Through investigation, we inferred that, for rattail fish, benthic crustaceans and pelagic-derived carrion taste good. Imagine our surprise when the rattail fish started attacking the bait and eating the spinach! Spinach is just an easily obtainable surrogate for any land plant. The question was whether deep-sea fish are even equipped to detect a plant food at all. Apparently they are. It was the first in situ observation documentation of deep-sea fish ingesting plant material-and I was there! It was an amazing moment for me.

Links to Ulla's publications on her research can be found here. 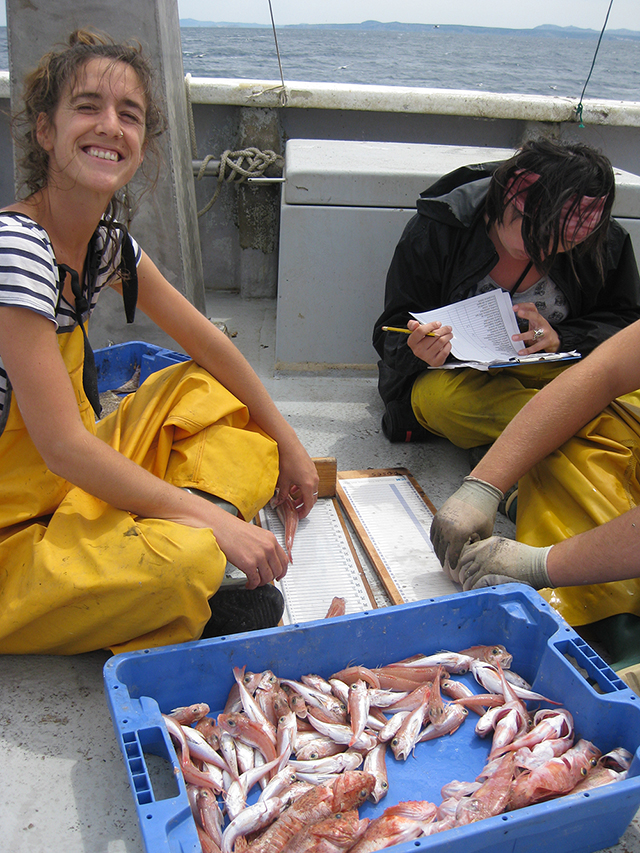 Ulla's work on the ocean floor is only one example of where Members of the Academy global community conduct their science. We invite you to join the World's Smartest Network® by becoming a Member today.

Join our Global Network of Researchers and Innovators