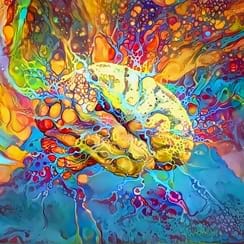 Dr. Brickman Borchard has nearly 20 years of experience in academic and non-profit settings — both as a public health researcher focused on the juncture of health, demography, policy, and geography...

Currently the FDA categorizes psychedelics such as LSD and psilocybin as Schedule I drugs, indicating that these substances have no medical value.  Despite this classification, a resurgence of research in approved labs has demonstrated therapeutic benefits of psychedelics for treatment of psychiatric disorders.  Of note, a recent trial on the effects of MDMA-assisted therapy for post-traumatic stress disorder (PTSD) showed a reduction in the severity of patient symptoms compared with the placebo arm of the trial, providing hope for the future approval of MDMA for therapeutic use.  The exciting findings from this study as well as and investigations into other psychedelics are instigating a paradigm shift for treatment-resistant psychiatric conditions, along with increased public interest and efforts to legalize psychedelics for medicinal use.

The New York Academy of Sciences hosted a panel discussion bringing together leading scientists in the fields of pharmacology, neuroscience, and psychiatry to discuss how psychedelics work in the brain to produce therapeutic benefits for depression and other mood disorders.  The conversation commenced a description of the socio-political context of psychedelics research, spanning the rise of psychedelics research in the 1950s, restrictions in the 1960s, renewed interest in the 1990s, and present day clinical trials for patients with depression and various other mood disorders.  The program continued by spotlighting the different types of classical and non-traditional psychedelics that are currently being investigated (e.g., psilocybin, MDMA, and ketamine) and how they work to produce therapeutic effects. Panelists concluded the conversation by sharing insights into the use of psychedelics in treatment settings, including explaining the process of facilitated treatment and the role of the therapist/guide during the psychedelic experience (including preparatory therapy, peak effects, and integration).

In this eBriefing, you will learn: 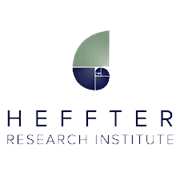 The Neurobiology of Mental Illness: Advances and Therapeutic Approaches

More
Psychedelics for the Treatment of Depression and Psychiatric Disorders

Psychedelics for the Treatment of Depression and Psychiatric Disorders

Dr. John Krystal is the Robert L. McNeil, Jr., Professor of Translational Research; Professor of Psychiatry, Neuroscience, and Psychology; and Chair of the Department of Psychiatry at the Yale University. He is also Chief of Psychiatry and Behavioral Health at Yale-New Haven Hospital.  He is a graduate of the University of Chicago, Yale University School of Medicine, and the Yale Psychiatry Residency Training Program.  Dr. Krystal has published extensively on the neurobiology and treatment of schizophrenia, alcoholism, PTSD, and depression. Notably, his laboratory discovered the rapid antidepressant effects of ketamine in humans. He is the Director of the NIAAA Center for the Translational Neuroscience of Alcoholism and the Clinical Neuroscience Division of the VA National Center for PTSD. Dr. Krystal is a member of the U.S. National Academy of Medicine and a Fellow of the American Association for the Advancement of Science. Currently, he is co-director of the Neuroscience Forum of the U.S. National Academies of Sciences, Engineering, and Medicine; and editor of Biological Psychiatry (IF=12.1). He has chaired the NIMH Board of Scientific Counselors and served on the national advisory councils for both NIMH and NIAAA. Also, he is past president of the American College of Neuropsychopharmacology (ACNP) and International College of Neuropsychopharmacology (CINP).

Roland Griffiths is Professor in the Departments of Psychiatry and Neurosciences and Director of the Center for Psychedelic and Consciousness Research at the Johns Hopkins University School of Medicine.  His principal research focus in both clinical and preclinical laboratories has been on the behavioral and subjective effects of mood-altering drugs and he is author of over 400 scientific publications.  He has conducted extensive research with sedative-hypnotics, caffeine, and novel mood-altering drugs. About 20 year ago, he initiated a research program at Johns Hopkins investigating effects of the classic psychedelic substance psilocybin, the active component in "magic mushrooms." Remarkably, many research participants rate their experience of psilocybin as among the most personally meaningful of their lives, and they attribute enduring positive changes in moods, attitudes and behavior months to years after the experience.  Completed and ongoing studies include those in healthy volunteers, in beginning and long-term meditators, and in religious leaders.  Therapeutic studies with psilocybin include treatment of psychological distress in cancer patients, major depressive disorder, nicotine addiction, anorexia nervosa, and various other psychiatric disorders. Related studies of brain imaging and drug interactions are examining pharmacological and neural mechanisms of action.  His research group has also conducted a series of survey studies characterizing various naturally-occurring and psychedelic-occasioned transformative experiences including mystical experiences, entity and God-encounter experiences, Near Death experiences, and experiences claimed to reduce depression, anxiety, and substance use disorders.

David E. Nichols previously held the Robert C. and Charlotte P. Anderson Distinguished Chair in Pharmacology and in addition was a Distinguished Professor of Medicinal Chemistry and Molecular Pharmacology at the Purdue University College of Pharmacy.  He was continuously funded by the NIH for nearly three decades and served on numerous government review panels.  His two principal research areas focused on drugs that affect serotonin and dopamine transmission in the CNS.  He began medicinal chemistry research on hallucinogens in 1969 and has been internationally recognized as a top expert on the medicinal chemistry of psychedelics (hallucinogens).  He has published more than 300 scientific articles, book chapters, and monographs.  In 1993 he founded the Heffter Research Institute, which has supported and funded clinical research with psilocybin and led the so-called “renaissance in psychedelic research.”

Rachel Yehuda, Ph.D. is the Director of the Center for the Study of Psychedelic Psychotherapy and Trauma, Vice Chair for Veterans Affairs for the Psychiatry Department and a Professor of Psychiatry and Neuroscience at the Icahn School of Medicine at Mount Sinai as well as the Director of Mental Health at the Bronx Veterans Affairs Medical Center and the Director of the Traumatic Stress Studies Division.  Throughout her career her research has focused on the study of the enduring effects of trauma exposure, particularly PTSD, as well as associations between biological and psychological measures. She has investigated novel treatment approaches for PTSD and the biological factors that may contribute to differing treatment outcomes for the purpose of developing personalized medicine strategies for treatment matching in PTSD. This work has resulted in an approved US patent for a PTSD blood test.  Recently, Dr. Yehuda’s laboratory has used advances in stem cell technology to examine PTSD gene expression networks in induced neurons.  The Center for Psychedelic Psychotherapy and Trauma integrates sophisticated brain imaging and molecular neuroscience in PTSD with clinical trials using MDMA assisted psychotherapy and other related medicines. She has authored more than 450 published papers, chapters, and books in the field of trauma and resilience, focusing on topics such as PTSD prevention and treatment, molecular biomarkers of stress vulnerability and resilience, and intergenerational effects of trauma and PTSD.

Ketamine and Rapid Acting Antidepressants: Are We Ready to Cure, Rather Than Treat Depression?

Ketamine: A Paradigm Shift for Depression Research and Treatment

A Psychedelic Drug Passes a Big Test for PTSD Treatment

Crash Course in the Nature of Mind

Psilocybin produces substantial and sustained decreases in depression and anxiety in patients with life-threatening cancer: A randomized double-blind trial

How Does One Go About Performing Research with Psychedelics?

Studies of the Relationship between Molecular Structure And Hallucinogenic Activity

Multidisciplinary Association for Psychedelic Studies (MAPS) in the Media. 2020 Feb 20

A Psychedelic Drug May Help Treat PTSD. But Questions Remain on How Best to Use—And Regulate—It