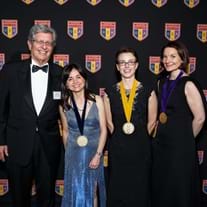 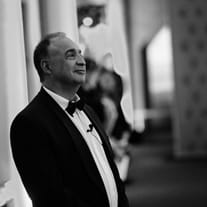 Driving the Next Generation of Scientific Innovation

Considered the largest unrestricted prize ever created for early-career scientists, the Blavatnik Awards for Young Scientists were established in 2007 by the Blavatnik Family Foundation and are independently administered by the New York Academy of Sciences. The Blavatnik Awards seek to identify and honor exceptional young scientists and engineers 42 years of age and younger. Honorees are selected based on the quality, novelty, and impact of their research and their potential for further significant contributions to science. Blavatnik Awards honorees are recognized in three disciplinary categories:

Unlike lifetime achievement awards that honor scientists at a later stage in their career, the Blavatnik Awards aim to identify and encourage promising young scientists early on, when they are most in need of funding and recognition.

Our goal is to recognize exceptional young scientists, and to showcase their work as examples of what the next generation of young scientists should strive to achieve. The Blavatnik Family Foundation provides critical support to fuel the kind of innovative science and technology research that addresses society's most pressing global problems. 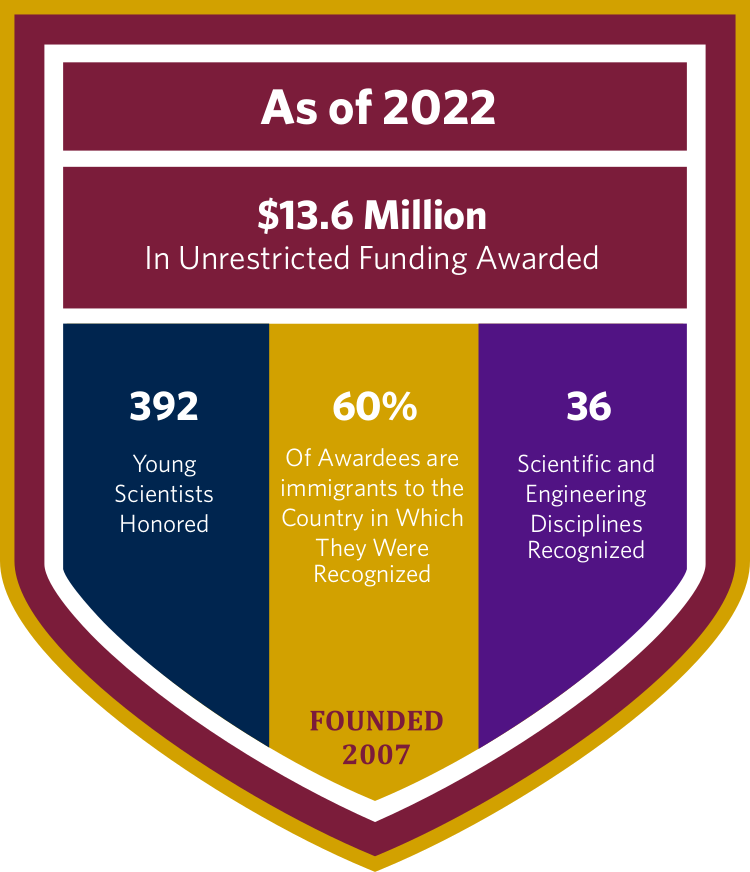 Founded and Supported by 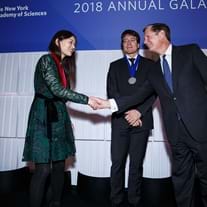 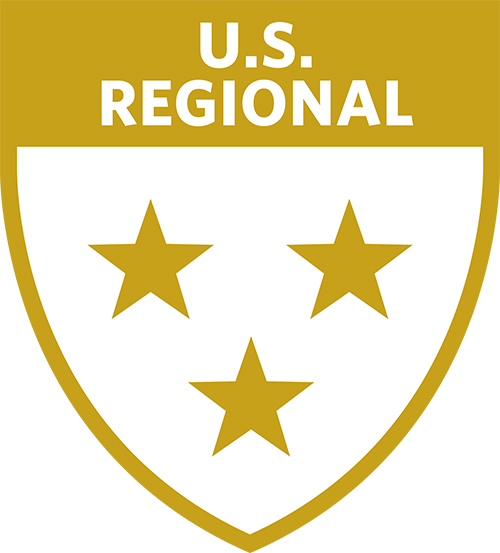 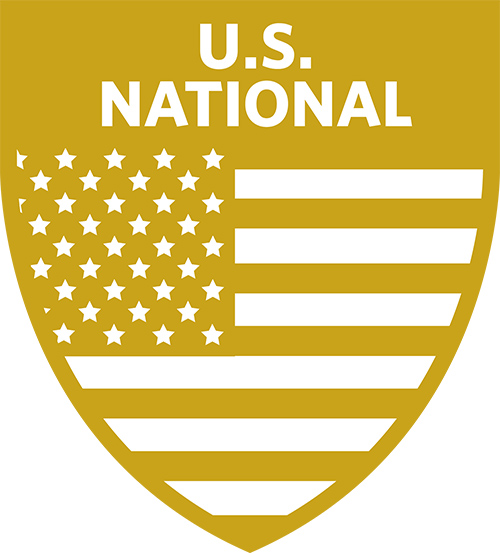 2019 Blavatnik Awards in the UK Laureate, Kostas Nikolopoulos, PhD, presents his research at the Awards Ceremony at the Victoria & Albert Museum in London. 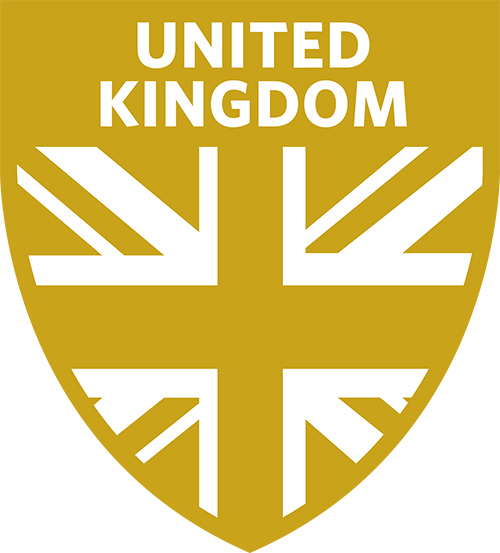 Blavatnik Awards in the United Kingdom 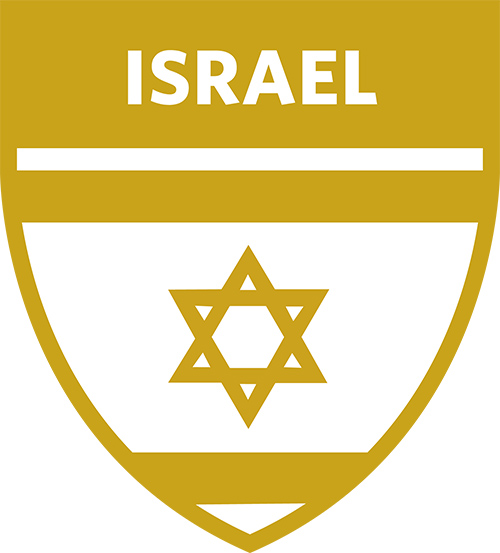 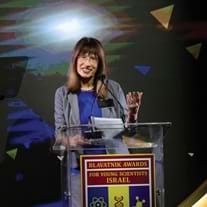 President of the Israel Academy of Sciences and Humanities, Prof. Nili Cohen, gives opening remarks at the 2019 Blavatnik Awards in Israel awards ceremony. 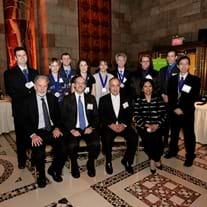 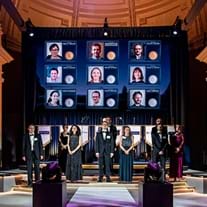 Laureates and Finalists of the 2019 Blavatnik Awards in the UK were celebrated at an Awards Ceremony at the Victoria & Albert Museum in London.

The Blavatnik Awards were created in 2007 to acknowledge and celebrate the excellence of outstanding postdoctoral and faculty-rank scientists and engineers working in New York, New Jersey, and Connecticut. In 2012, the Blavatnik Family Foundation announced the doubling of the prize money for Winners and Finalists starting in 2013 and, in 2014, the Foundation established the Blavatnik National Awards as a country-wide competition to identify America’s most brilliant young faculty-rank scientists. It was during this pivotal year that the first Blavatnik National Awards Laureates in Life Sciences, Physical Sciences & Engineering, and Chemistry were recognized, each receiving US$250,000—the largest unrestricted prize ever created for early-career scientists. In 2017, the Foundation expanded the Blavatnik Awards overseas to identify and honor young, innovative scientists working in the United Kingdom and in Israel.

Honorees of the Blavatnik Awards have gone on to receive honors such as the Breakthrough Prize and a Technical Achievement Award from the Academy of Motion Picture Arts and Sciences. They have been named Investigators of the Howard Hughes Medical Institute (HHMI), elected to the National Academy of Sciences, shortlisted for TIME magazine’s Person of the Year, and launched companies that are now publicly traded on the New York Stock Exchange and NASDAQ.

Since 2014, the Academy has hosted the annual Blavatnik Science Symposium, to highlight the Blavatnik Awards' diverse scientific community, promote research, and cultivate collaborations between these young champions of science. This invite-only symposium features panel discussions, keynote speakers, and research updates from Blavatnik Awards honorees, and exposes the Scholars to cutting-edge science spanning a variety of fields.  Blavatnik Fellows participating in entrepreneurship programs at some of America’s top universities are also invited to attend the two-day event.

In 2019, the Blavatnik Family Foundation initiated an annual public symposium in London, England, featuring honorees of the Blavatnik Awards for Young Scientists in the United Kingdom.

Visit our YouTube channel to learn more about Blavatnik Scholars and their award-winning research.

The 2020 Blavatnik Awards in the UK Life Sciences Honorees speaking at the 2020 Game Changers Symposium in London with the BBC’s Victoria Gill.

2018 Blavatnik Awards in the UK Laureate, Madan Babu, PhD, moderates a panel discussion at the inaugural Blavatnik Awards UK Symposium for the general public, held at the Science Museum in London.

Len Blavatnik, Founder and Chairman of Access Industries and Blavatnik Family Foundation at the 2019 Blavatnik Awards in the UK ceremony. 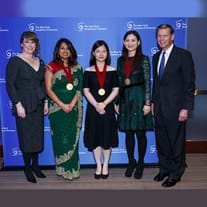 Brooke Grindlinger, PhD, of the Academy, Peter Thorén of the Blavatnik Family Foundation with the 2018 Blavatnik Regional Awards Winners.

The Blavatnik Family Foundation is an active supporter of many leading educational, scientific, cultural, and charitable institutions in the United States, the United Kingdom, Israel, and throughout the world. A 501(c)(3) private foundation that is exclusively self-funded, over the past decade it has contributed more than $800 million to more than 250 charitable institutions worldwide. Donations are highly concentrated to drive meaningful impact and to promote innovation in science, engineering, and technology that will benefit the whole of society. The Foundation focuses on select institutions leading the way in early-stage discovery vital to scientific and health-related breakthroughs. The Foundation is headed by Len Blavatnik, a global industrialist and philanthropist who received his MBA from Harvard Business School in 1989.  Blavatnik is founder and chairman of Access Industries, a privately-held industrial group based in the US with global strategic interests in natural resources and chemicals, media and telecommunications, real estate, venture capital/technology, entertainment, biotechnology, and other select funds.​