Kay Tye; Using Neuroscience to Study How the Brain Gives Rise to the Mind

Neuroscientist Kay Tye has challenged orthodoxy in her field by studying the connection between the brain and the mind. The work has led to breakthroughs in basic science. It also points to new approaches to mental illness, with significant potential impact.

Tye is a professor in the Systems Neurobiology Laboratory at the Salk Institute for Biological Studies. She and her research team work to identify the neural mechanism of emotional and social processing, in health and disease. Tye explained to the New York Academy of Sciences why this work is so important:

Mental health disorders have a prevalence of one in two. This is half the population. If we could understand how the brain gives rise to the mind, we could de-stigmatize mental health, and everyone would go and get the treatment that they need.

Current therapies for mental disorders are developed by trial-and-error, with drugs that have broad ranges of effects. Tye envisions a much different approach, with treatments that target specific mechanisms in the brain: “Our insights could revolutionize our approach to mental health treatments, supporting individualized therapies that would be effective for everyone and have the precision to be free of side effects.” 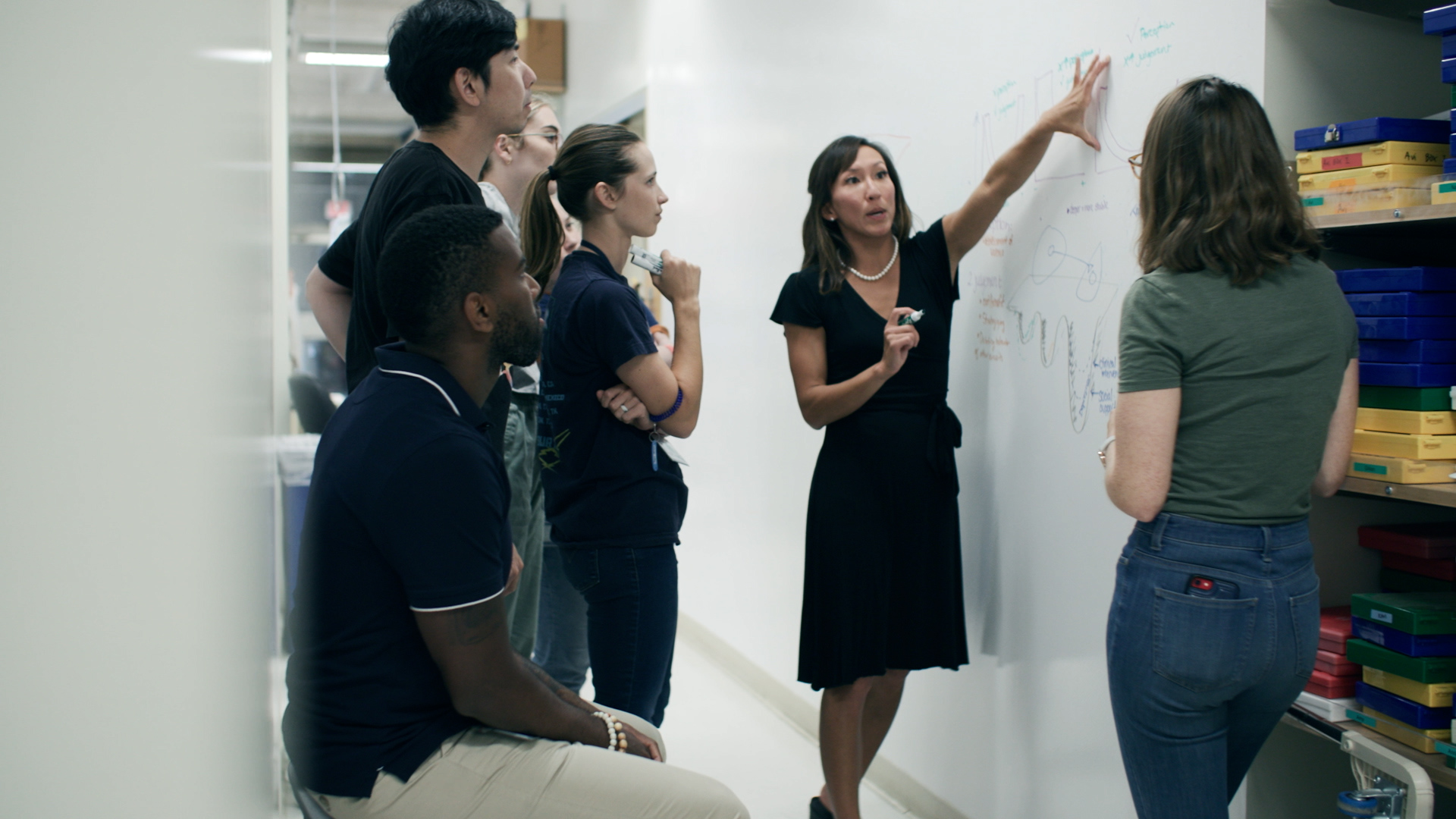 Tye is the daughter of two scientists—a biologist and a physicist—who met while travelling to the U.S. from Hong Kong to pursue their educations. From a young age, Tye says she was fascinated by subjective experiences, foreshadowing her studies on the connection between brain and mind.  “How do I feel the way I feel?” Tye recalls wondering as a child. “How can two people listen to the same song and one person loves it and one person hates it? What are emotions?” 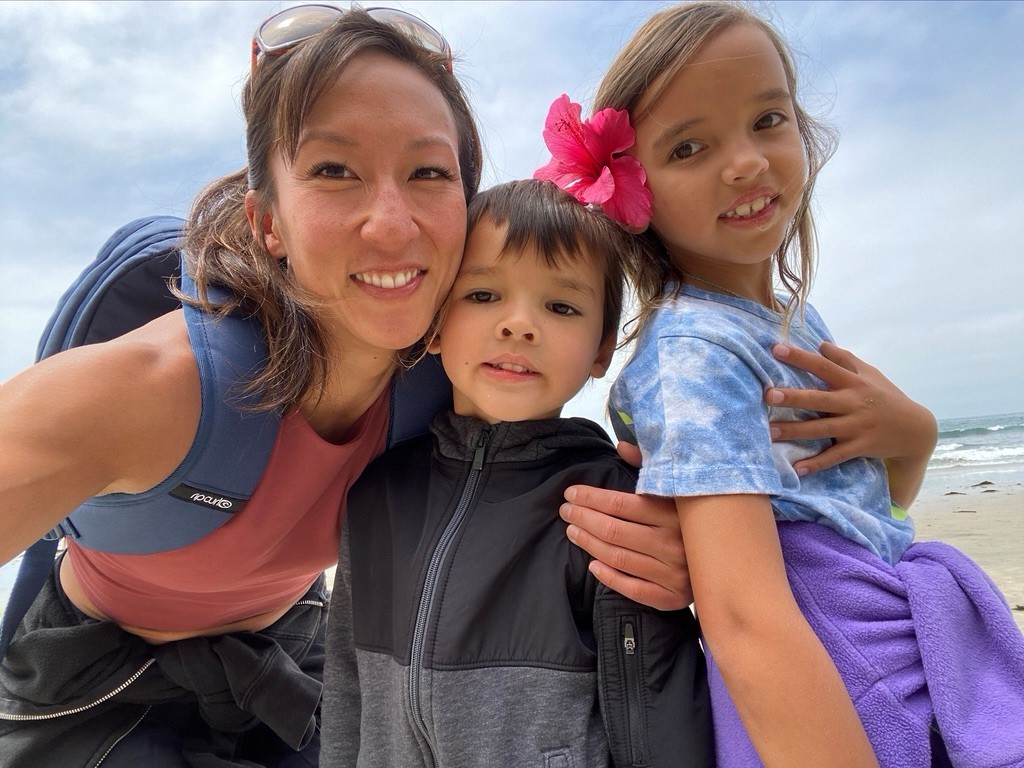 Tye with her children

Tye went to MIT for her undergraduate degree and received her Ph.D. from the University of California, San Francisco. After a postdoctoral fellowship at Stanford, she opened her lab as an assistant professor at MIT in 2012. In 2019, she moved across the country again, to the Salk Institute.

As Tye gained confidence as a young scientist, she took on a difficult professional challenge as she sought to examine questions that had not traditionally been the purview of her field. “As a neuroscientist, I’m often told I am not allowed to study how internal states like anxiety, or craving, or loneliness are represented by the brain,” she recalled in a TED Talk. “And so, I decided to set out and do exactly that.”

In her research, Tye uses technology called “optogenetics,”  which transfers the light sensitivity of certain proteins found in some algae to specific neurons in the brains of lab animals. Researchers can then use light to control signaling by the neuron, and they can establish links between the neuron and specific behavior. Tye developed an approach using this tool called “projection-specific optogenetic manipulation.” “This permits scientists to dissect the tangled mess of wires that is our brains to understand where each wire goes and what each wire does,” Tye said. 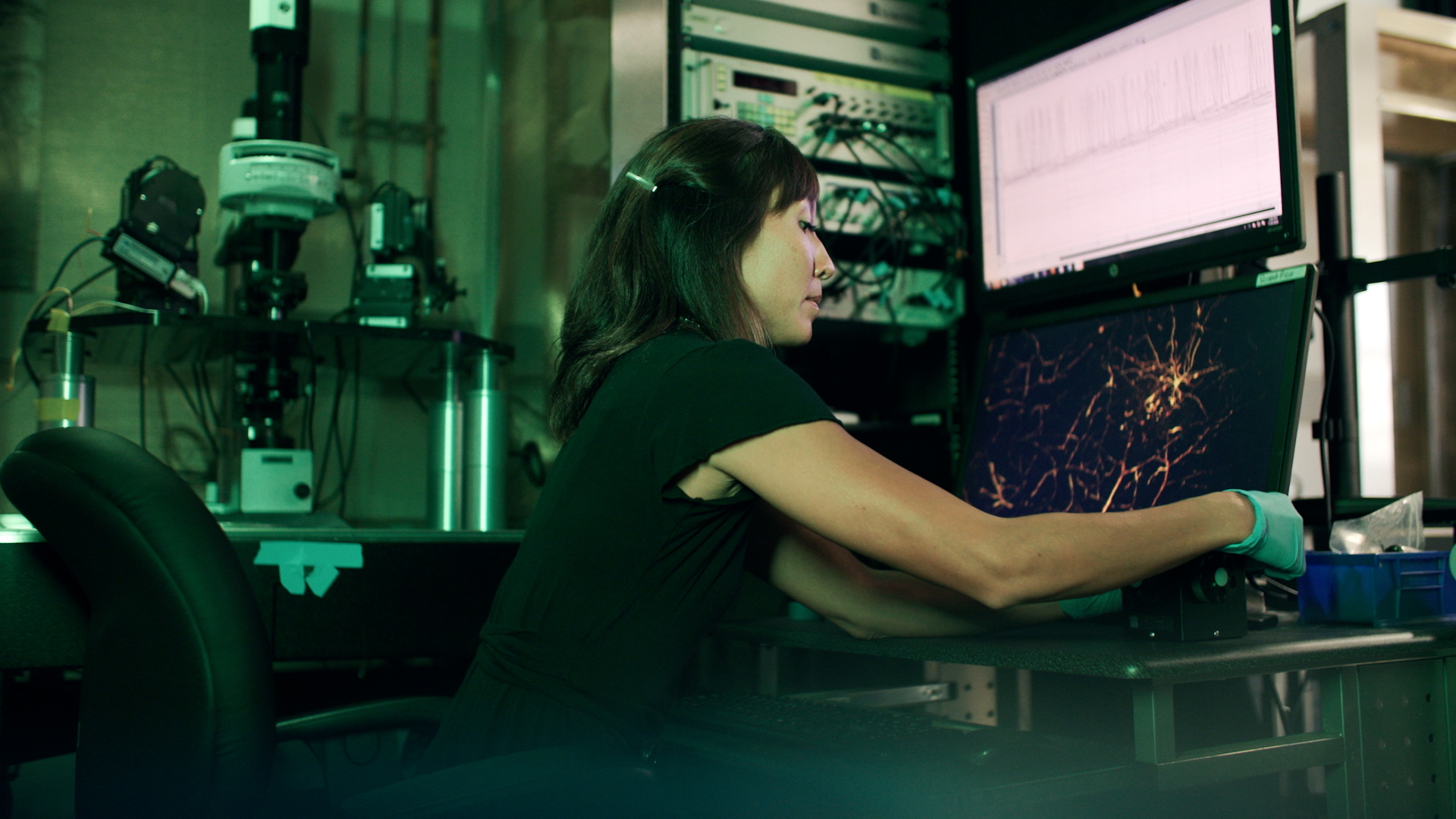 Kay Tye in the lab

Tye’s postdoctoral training was in the Stanford University lab of Karl Deisseroth, who had recently developed optogenetics. Many young neuroscientists wanted to be among the first to use optogenetics, and Tye was eager to use it to study behavior and emotion. Tye recalled that period:

It was a very exciting time in neuroscience, and in 2009 I already felt like I had come late to the party, and knew I needed to push the field forward to make a new contribution.  I worked absurdly hard during my postdoc, fueled by the rapidly changing landscape of neuroscience, and feel like I did five years of work in that two year period.

Tye’s research program initially focused on the neural circuits that process emotional valence, the degree to which the brain assigns positive or negative value to certain sensory information.  Her lab has analyzed the neural circuits controlling valence processing in psychiatric and substance abuse disorders. This work includes the discovery of a group of neurons connecting the cerebral cortex to the brainstem that can serve as a biomarker to predict whether an animal will develop compulsive alcohol drinking behavior. Recent research has focused on neurons activated when animals experience social isolation and enter “loneliness-like” states. 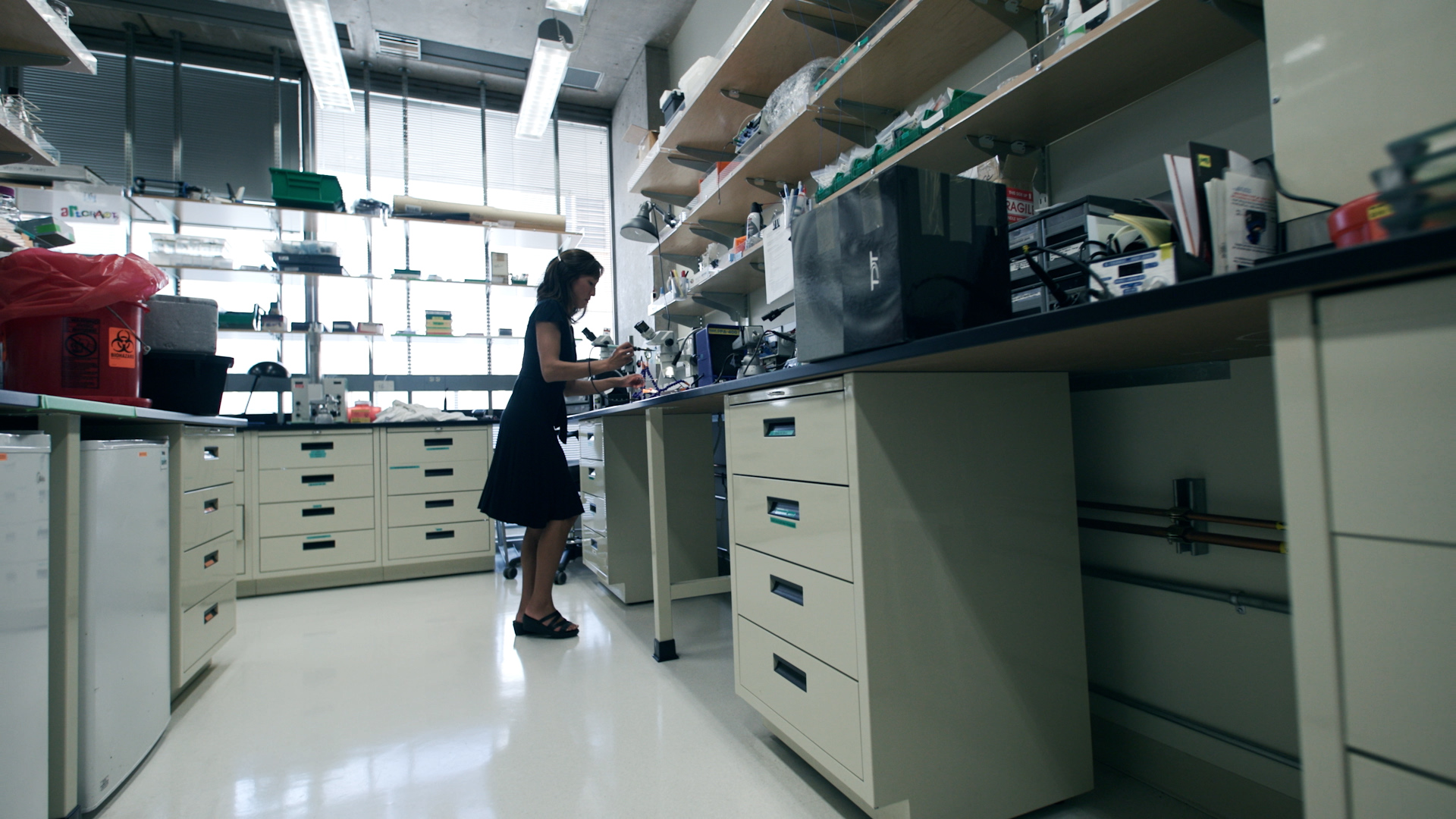 Kay Tye in the lab

Tye and her research team are also exploring how the brain represents “social homeostasis”— a new field of research which seeks to understand how individuals know their place within a social group and identify optimal amounts of social contact. 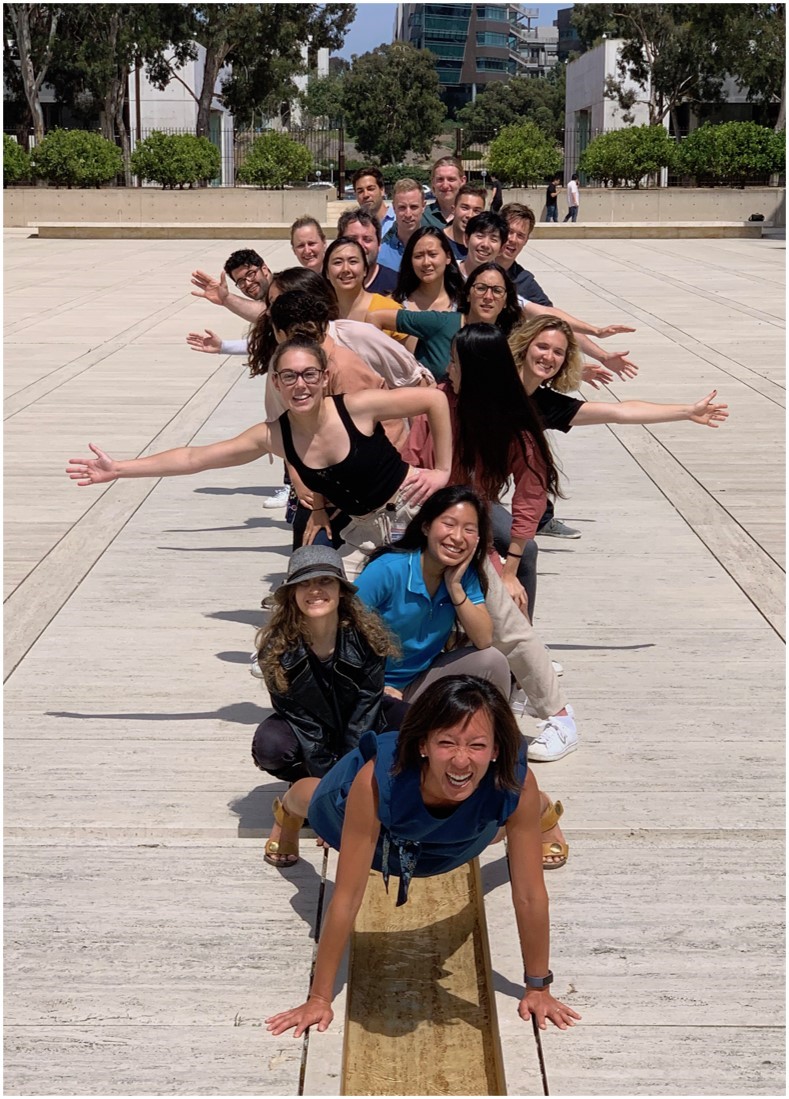 Kay Tye and her lab team

Even after considerable success in her field, Tye says she still feels as though she is pushing boundaries of her discipline. In doing so, she is continuing to bring neuroscience rigor to the study of feelings and emotions. Referring to her recent work, Tye said:

We faced a lot of pushback with this line of research, just because “loneliness” isn't a word that has been used in neuroscience until now. These types of processes, these psychological constructs didn't belong in what people considered to be hardcore neuroscience. We are now bringing rigorous neuroscience approaches to ideas that were purely conceptual before. And so we're being quantitative. We are being mechanistic. We are creating biologically grounded, predictive dynamical models for these nebulous ideas like “feelings” and “emotions.” And this is something that I find extremely gratifying. 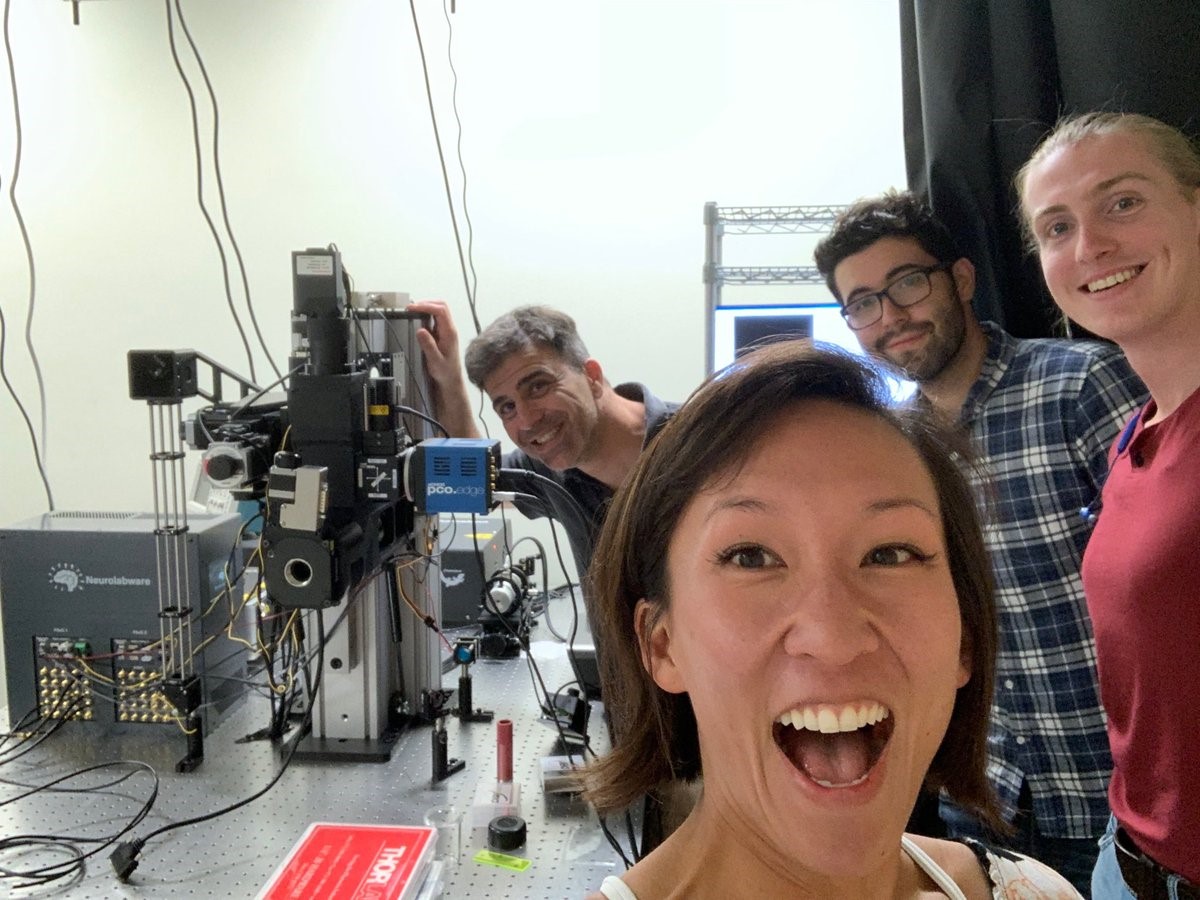 Kay and colleagues at Salk Insitute