January 18, 2023—London, UK: Today, the Blavatnik Family Foundation and the New York Academy of Sciences have announced the recipients of the 2023 Blavatnik Awards for Young Scientists in the United Kingdom. Now in its sixth year, the Awards are the largest unrestricted prize available to UK scientists aged 42 or younger. Internationally recognized among the scientific community, the Blavatnik Awards are instrumental in expanding the engagement and recognition of young scientists, and are providing the support and encouragement needed to drive scientific innovation for the next generation.

It is the first time in the history of the Blavatnik Awards in the UK that all three Laureates are women scientists.

In each of the three categories—Chemistry, Physical Sciences & Engineering, and Life Sciences—a jury of leading scientists from across the UK also selected two Finalists, who will each receive £30,000 ($24,676.50). The 2023 Finalists are:

The honorees are recognized for their research, which is already transforming technology and our understanding of the world.

“I am proud to recognize and support these outstanding young scientists,” said Sir Leonard Blavatnik, Founder and Chairman of Access Industries and head of the Blavatnik Family Foundation. “Their pioneering research leads the way for future discoveries that will improve the world and benefit all humankind,” Blavatnik said.

Professor Nicholas B. Dirks, President and CEO of the New York Academy of Sciences and Chair of the Awards’ Scientific Advisory Council noted, “From our former Academy leaders, eminent academics including Charlotte Friend and Margaret Mead, to other renowned Academy members over the years such as Marie Curie, Barbara McClintock, Rosalyn Yallow and Gertrude Elion, our Academy has always supported the representation and success of women in science. We are accordingly so very proud to see these three women scientists named as the 2023 Laureates. On behalf of the Academy, we are delighted to administer the Blavatnik Awards in the UK in its sixth year and pleased to see new UK institutions represented among this year’s honored institutions.”

Professor Susan Perkin, a physical chemist from the University of Oxford, has been named the Chemistry Laureate for experiments performed with a custom instrument called a Surface Force Balance (SFB) that enables the study of liquid matter, soft matter, and ionic liquids and their interactions; helping chemists comprehend the mechanical, optical, electrostatic, and dynamic properties of fluids.

Professor Clare Burrage, a cosmologist at the University of Nottingham, was named Laureate in Physical Sciences & Engineering. She studies questions and phenomena around dark energy in the Universe, one of the biggest challenges in modern cosmology. Her research has allowed cosmologists to get one step closer to detecting dark energy, and to revealing its nature for the first time.

Dr Katie Doores, a virologist from King’s College London was named the Life Sciences Laureate. She studies how the immune system responds to infection to inform the development of vaccines against biomedically important viruses. Through this research she aims to aid our preparedness for potential future pandemics.

Further details of this year’s Laureates and Finalists are available below.

The 2023 Blavatnik Awards in the UK Laureates and Finalists will be honored at a black-tie gala dinner and award ceremony at Banqueting House in Whitehall, London, on February 28, 2023; Professor Irene Tracey, the incoming Vice-Chancellor at the University of Oxford, will serve as ceremony presenter. The following day, on March 1, 2023 from 11:00 a.m. to 6:00 p.m. GMT, the honorees will present their research with a series of short, interactive lectures at a free public symposium at the RSA House located at 8 John Adam St, London. To attend the symposium, click HERE to register.

For further details about the 2023 Blavatnik Awards in the UK Laureates and Finalists, the Blavatnik Family Foundation, and the New York Academy of Sciences, please see below.

As Professor of Physical Chemistry at the University of Oxford, Susan Perkin studies the intersection of physical chemistry, liquid matter, electrolytes, interfaces, and interaction forces.

She was recognized for experimental observations using a custom-built instrument that she modified, called the Surface Force Balance, to determine the mechanical, optical, electrostatic, and dynamic properties of fluids. Her findings reveal important information about liquids, leading to a range of outcomes from creating better grid storage for renewable energy to understanding the origin of cellular life.

Clare Burrage , PhD, University of Nottingham —Uncovering the mystery of dark energy—one of the biggest challenges in modern cosmology

Looking at the universe, galaxies are not only re-collapsing, but they are beginning to fly apart with ever increasing speed. Whilst the solution to this mystery is almost unknown, nearly all attempts at an explanation introduce - dark energy. Professor of Physics at the University of Nottingham, Clare Burrage examines cosmology, dark energy, modified gravity, and new physics. She was recognized for theoretical predictions that have guided the development of entirely new experiments to probe the nature of dark energy—one of the biggest challenges in modern cosmology—in a compact, laboratory setting.

As a Reader in Molecular Virology at King’s College London, Virologist and Immunologist Katie Doores specializes in virology, immunology, and glycobiology (the study of the structure, biosynthesis, and biology of carbohydrates). She was recognized for paradigm-shifting discoveries in the characterization of antibody responses to viral infections, including the persistent and acute human infections HIV-1, hantaviruses, phleboviruses, and SARS-CoV-2.

Roughly 60% of all FDA-approved medicines are natural products or variations of them, including antibiotics and anti-cancer drugs. Natural products are chemicals produced by living organisms. Structural Biochemist Jesko Köhnke is Professor of Biological Chemistry at the University of Glasgow, where he investigates how life performs the complex chemical reactions leading to the formation of natural products. Professor Köhnke was recognized for using biochemistry and structural biology to study and exploit the biosynthesis of these valuable compounds. This research could be applied to make new molecules, which can be used to create diagnostics, smart materials, and therapies.

Andrew L. Lawrence , DPhil, The University of Edinburgh —Improving the science and art of synthetic chemistry by drawing inspiration from the natural world

Organic chemist and Professor of Organic Synthesis at The University of Edinburgh, Andrew L. Lawrence studies the crossroads of synthetic chemistry and the chemistry of biosynthetic pathways. He was recognized for elegant and efficient total syntheses of naturally occurring, bio-active molecules that hold promise for the development of treatments for various diseases.

Computer scientist Jade Alglave works in the area of concurrency (executing multiple communications simultaneously) and semantics (which is the rigorous mathematical study of the meaning of computer programming languages). Alglave serves as Professor of Computer Science at UCL and is a Distinguished Engineer at ARM. She was recognized for her methodology to develop mathematical models of concurrent systems with the aid of a set of practical software tools (in tandem with Luc Maranget, INRIA), which has had significant impact on computer chips and operating systems. 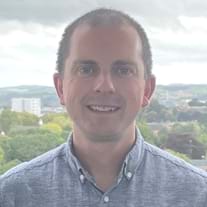 James A. Screen , PhD, University of Exeter —Discovering if Arctic warming is to blame for extreme weather

Climate scientist James A. Screen studies atmosphere, ocean, and sea ice. At the University of Exeter, where he is a Professor of Climate Science, his research is transforming our understanding of the rapid climate warming in the Arctic and its effects on the global climate. The Arctic is warming three to four times faster than the global average, with potential impacts on weather patterns in places far-away from the Arctic. His work informs the United Nations and governments on these topics.

Theoretical Neuroscientist Andrew Saxe serves as Joint Group Leader at the Gatsby Computational Neuroscience Unit & Sainsbury Wellcome Centre at UCL where his area of research focuses on neuroscience, deep learning, and psychology. Dr Saxe has made fundamental contributions to the study of deep neural networks that provide insight into representation learning—the method by which systems discover and organize knowledge—in artificial and natural systems. 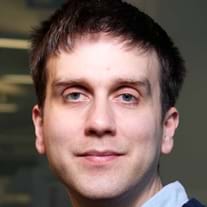 Pontus Skoglund , PhD, The Francis Crick Institute—Using ancient DNA to learn how to tackle medical challenges of the future

Learning about how evolution responded to challenges such as climate change and infectious disease in the past might help scientists develop biomedicine for the future. As Group Leader at The Francis Crick Institute, Evolutionary Geneticist Pontus Skoglund studies ancient genomics, evolutionary, and human genetics. He was recognized for discoveries in the field of ancient and evolutionary genomics, including the development of methods to improve the quality of genetic information from archaeological remains and evidence used to determine when and where dogs were domesticated⁠.

About the Blavatnik Awards for Young Scientists

The Blavatnik Awards for Young Scientists, established by the Blavatnik Family Foundation in the United States in 2007 and independently administered by the New York Academy of Sciences, began by identifying outstanding regional scientific talent in New York, New Jersey, and Connecticut. The Blavatnik National Awards were first awarded in 2014, and in 2017 the Awards were expanded to honor faculty-rank scientists in the United Kingdom and in Israel. For updates about the Blavatnik Awards for Young Scientists, please visit www.blavatnikawards.org  or follow us on Twitter and Facebook (@BlavatnikAwards).

About the Blavatnik Family Foundation

The Blavatnik Family Foundation is an active supporter of world-renowned educational, scientific, cultural, and charitable institutions in the United States, the United Kingdom, Israel, and throughout the world. The Foundation is headed by Sir Leonard Blavatnik, a global industrialist and philanthropist and the founder and chairman of Access Industries, a privately held industrial group based in the US with broad strategic interests. See more at www.blavatnikfoundation.org.

About the New York Academy of Sciences

The New York of Academy of Sciences is an independent, not-for-profit organization that since 1817 has been committed to advancing science for the benefit of society. With more than 20,000 members in 100 countries, the Academy advances scientific and technical knowledge, addresses global challenges with science-based solutions, and sponsors a wide variety of educational initiatives at all levels for STEM and STEM-related fields. The Academy hosts programs and publishes content in life and physical sciences, social sciences, nutrition, artificial intelligence, computer science, and sustainability. The Academy also provides professional and educational resources for researchers across all phases of their careers. Please visit us online at www.nyas.org.